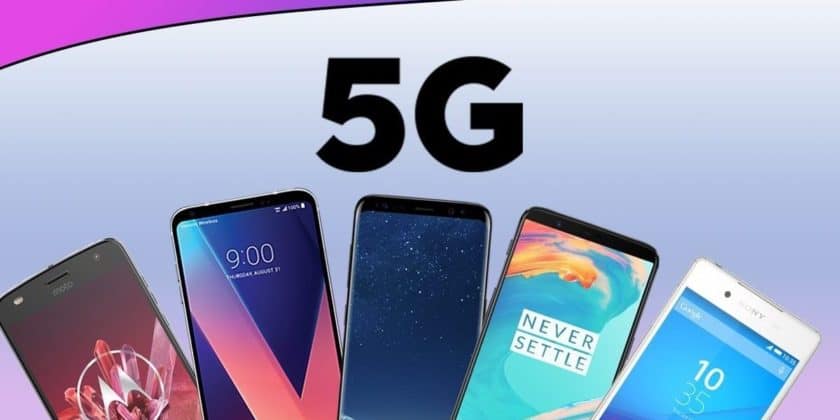 As per 91Mobiles, there are about 250 5G smartphones available to buy right now, or in a short while.

That is about 200 too many smartphones with 5G. The speed with which smartphone makers innovate is something to marvel at.

Considering the fact that 5G is yet to launch in India. In all fairness, the launch is imminent and one might want to be future proof. And why not?

4G phones were all the fad in 2015, when 4G was not even a thing in the country. I remember buying a 4G phone, the creatively-named Asus ZenFone 2 Laser. Believe me, it was a game-changer of a device. And it was 4G ready. However, as soon as 4G rolled out, that phone was rendered obsolete.

When Reliance Jio rolled out its 4G services in 2016, for free (although I had to pay a hundred bucks for it), I had to install the (allegedly) buggy and unreliable JioVoice app (everyone remembers installing and being frustrated by that app, so no use denying).

Half a decade and a pandemic later, here we are, in a similar situation. History repeats itself rather neatly.

What is happening with 5G in India, then?

I did an article on 5G a while ago (go read my article on 5G). For a quick refresher, 5G is the next step in mobile telephony. It will offer up to 10 times the speed and up to 50 times less the latency as compared to 4G. Of course, there are many subtleties and technicalities. However, that is the gist of it.

Good news is, it will launch in India some time in the next 4-5 months. DoT and TRAI will hold the spectrum auction, of course. But the telcos are not really dependent on the new spectrum’s availability to roll out services. Using a technology called Dynamic Spectrum Sharing, operators can provide 5G services over 4G infrastructure.

This creates a so-called 5G Non-Stand Alone, or 5G NSA network. What that means is that the core of the service is 4G infrastructure and 4G technologies. In Indian context, this started at the 4G spectrum auction held in March. In short, Reliance Jio bought the lion’s share, followed by Bharti Airtel and Vodafone Idea.

So, should you buy a phone, even when the network it will support is not out yet?

All of these devices are priced so that you will have to pay an arm and a leg for it (quite literally). These are the flagship offerings from each of the biggest smartphone makers. In terms of sheer flexibility, OnePlus 9 Pro is your choice. However, that phone is priced at Rs. 69,999. That alone narrows the potential customer base for the same device. Along with all the other devices, the cheapest bet is Vivo’s offering. And that is a risky bet as it supports the least amount of bands.

Herein lies our dilemma – should you, should you not?

Let’s have a look at some of the popular budget 5G smartphones first. So no Apple here.

The list is pretty unremarkable as compared to the connectivity muscle the top phones flex. The difference is clear, and vast. The only phones that might prove reliable are Redmi Note 10 5G and OnePlus Nord N10 5G. It is not saying that they are poorer devices – they have solid hardware, just not the best compatibility with 5G. It is highly possible that many of these phones will be able to support 5G after a software patch. Asus did it with ZenFone Laser 2 and VoLTE support. So my first 4G phone wasn’t that useless after all.

However, if you can, avoid a 5G phone right now. At least, avoid a budget offering if you must own a 5G phone as though your life depends on it.

I will get straight to the point.

Do not buy a 5G phone, at least not if you can not afford one of the flagships. At best, it will be spotty connectivity; at worst, it might lead to another scenario where customers have to use add-ons to use 5G.

However, if you can get an iPhone 12 Pro Max, do tell me what you do for a living. On a serious note, good for you. You just got futureproofed.

For the vast majority of people in the budget realm, we will do good to wait till 5G rolls out in India.

It is easy to go for any of the devices I have mentioned – they are good, solid phones with powerful hardware. As I also mentioned, many of these phones might also get a software patch. But, that is a big if.

For now, hold the purchase off. It will be worth the wait.

Posted by: Hemant Kashyap
View more posts
Tags:5G, 5G Smartphones, Apple, OnePlus, Oppo, Samsung, Vivo, Xiaomi
Here’s Why You Should Not Jump The Gun to Buy a 5G Smartphone 0 out of 5 based on 0 ratings. 0 user reviews.
Vodafone Idea Contacts Pension Funds to Raise $1Bn to Stay Afloat
With teleworking we evolve