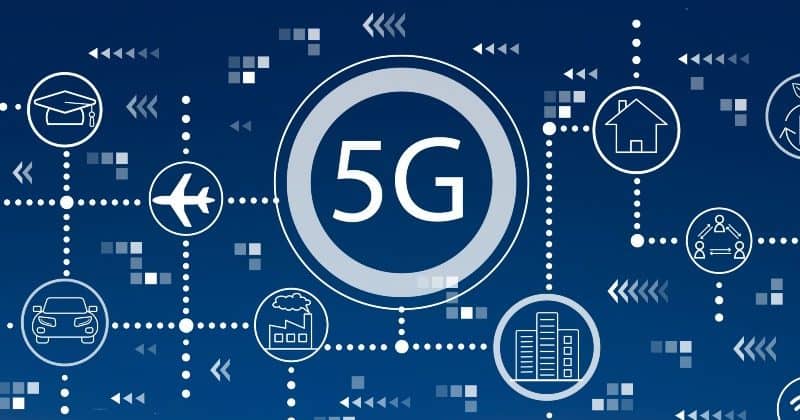 5G is fast becoming the norm across the world, and India is no different. Here too, 5G rollout is imminent with spectrum auction expected to come up within the next 6 months. Across the globe, 5G rollouts are benefitting from Dynamic Spectrum Sharing, which allows for 5G to operate on existing LTE infrastructure. This synergy allows faster 4G service as well as smoother 5G introduction.

What is Dynamic Spectrum Sharing?

Dynamic Spectrum Sharing (DSS) is emerging as a key part of mobile service providers’ 5G strategy. Basically, DSS is a new antenna technology. What separates it from other new antenna tech is that it can handle both LTE and 5G. On the same frequency. Simultaneously. This works in the following steps.

This is very, very exciting. I mean, a telco can dynamically select whether LTE is more in demand or 5G, and adjust accordingly. This has the potential to be a game-changer in 5G deployment.

To the everyday user, Dynamic Spectrum Sharing means this:

If you are in the range of a DSS Antenna, and you have a 5G smartphone, you will surf in 5G. On the other hand, if you have a 4G phone within the signal range of the same antenna, you surf with 4G. 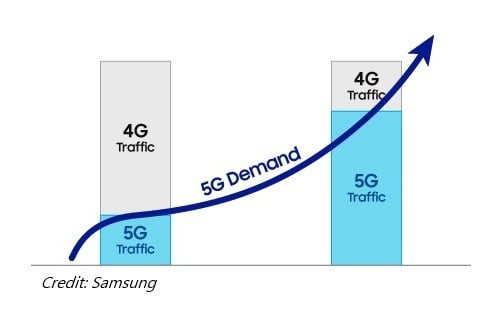 Ericsson also has an offering in this space. It claims to offer the lowest TCO to launch 5G in bands currently used for 4G. This will allow very fast and extensive 5G coverage right after the launch.

5G is technically not a standalone network in this setup. 4G cell adds 5G network for additional capacity. In addition to the 2.1 GHz frequency, 5G also operates at 3.6 GHz. But, this frequency is only available for large cities.

The reason for this is in how radio waves behave. The 2.1 GHz frequency enables long ranges at high speed. That makes it suited for 5G expansion in the area. The 3.6 GHz frequency achieves very high data rates at a shorter range. That is why it finds use in large cities.

For the best implementation of DSS in 5G rollouts and expansion, there should be an interaction of DSS and on sites where it is possible, expansion should be done on 3.6 GHz band.

Advantages of the Dynamic Spectrum Sharing

Apart from the extremely obvious advantage of faster 5G deployment, Dynamic Spectrum Sharing has several other benefits as well.

First, it is a great leap forward in telecom as a whole. Normally, a telco needs at least two antennas to operate different mobile phone standards. Now all that needs to be done is to upgrade the cell towers to include DSS. That helps to get the best out of existing towers and other telecom infrastructure. Consequently, that means fewer towers, and lesser impact on the environment as a whole.

Companies such as Deutsche Telekom are already using DSS for their 5G networks and rollouts across Europe.

Dynamic Spectrum not only accelerates the 5G expansion as there are many advantages 4G users get.

With DSS, No 5G Spectrum Required?

Second, DSS will reduce complex frequency refarming. That basically is a fancy term for buying new spectrum, or reassigning old ones, for new generation of mobile telephony.

As 5G commercial rollouts move ahead, spectrum sharing represents an attractive option for service providers looking to rapidly roll out 5G on FDD bands without the need to re-farm spectrum. Telecom tech developers such as Ericsson and Qualcomm have shown promise towards rapid 5G commercialization; one with DSS in a starring role.

For the cash-strapped telcos of India, this could come as a potential lifesaver. The industry as a whole is struggling with liquidity problems due to long standing CAGR dues to government. However, DSS is not some magic which will allow total 5G traffic to go on 4G frequencies – it is meant only to help with initialization and depending on it in the long term will be a bit silly.

My two cents will be that telcos use this as a booster – get on the scene before anyone else and you’ll be able to hold it down. Else, it may look like August 2016, when Reliance Jio beat everyone else to 4G. Incidentally, it is still the largest operator in the country and one of the largest in the world.