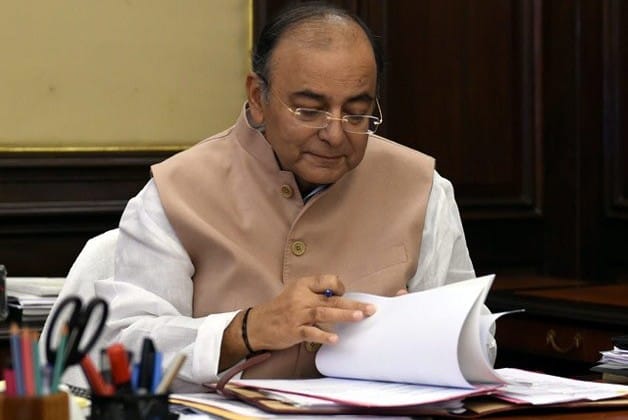 BENGALURU: After a very eventful 2016, in India, all eyes are on the Union Budget, to be presented by country’s Finance Minister Arun Jaitley in the parliament tomorrow, Feb 1. Will Narendra Modi led-government succeed in sustaining the momentum required to take forward the multiple programs launched since coming to power in 2014? The Budget is expected to have some pointers to that.

Post demonetization, citizens expect a slew of tax relief announcements. Lower personal and corporate tax can ensure compliance, taking away the incentive to evade taxes. Besides, there is the question, is there anything for honest tax-payers in this whole exercise? It would bring a great fillip to general positive sentiment, if addressed.

As India goes cashless, and digital, smartphones become more and central to the shift. “The entire country is looking forward towards mobile banking which has in some measure created, and will further create a new user base and fuel the growth in mobile Industry,” says Rajeev Jain, CFO at Intex Technologies, a mobile phone and consumer durables company.

According to Jain, the industry expects a long-term and stable policy on mobile manufacturing in India. “The industry has huge potential and can supplement government initiatives of ‘Make in India’ with highly technical product, if focused. Incentives to create sufficient technical manpower will lay the foundation of a strong and robust manufacturing base in India.”

In addition, Jain says: “a clearly laid out research and development policy is necessary to succeed in a highly technical industry like ours and will help bring component manufacturing base in India to save precious foreign exchange.” Besides, the agenda of truly inclusive digital economy cannot be met unless affordable mobile handsets get a concessional treatment, he adds.

Tax deductibility of Spectrum fees: Finance Act 2016 provides for amortization of spectrum fee for auction of airwaves in equal instalments over the period for which the right to use spectrum remains in force. The said section is applicable from AY 2017-18 i.e. FY 2016-17. The question arises on the appropriate tax treatment for spectrum fees paid in earlier years i.e. prior to March 2016.

In order to put to rest any controversy, it may be provided that the law has prospective application only and will not apply to acquisition of spectrum up to March 31, 2016. Additionally or alternatively, it may be provided that the spectrum is an intangible asset on which depreciation is available under section 32 and therefore telecom operators who have opted for such tax treatment are in conformity with the provisions of the law.

Tax withholding on distributors’ margin on sale of SIM cards and prepaid vouchers: Telecom companies sell prepaid cards / vouchers to Distributors at a discount who in turn sell to retailers for onward sale to subscribers. As per the current practice followed, no tax is deducted at source as telecom companies do not make any payment to the distributors as payment is received from them net of applicable discount which is very nominal and further as the discount is not in the nature of commission as arrangement with distributors is on ‘Principal-to-Principal’ basis. On the contrary, the tax authorities allege that the distributors are agents and treat the discount as commission and apply TDS @10%.

It is recommended that no TDS should be applicable to such discount or the burden be reduced to 1% as against 10% as currently applied.

Characterization of telecom services as ‘Royalty’: It has been upheld in a number of decisions that telecommunication services are standard services and therefore cannot be treated as Royalty under the provisions of the Act and the tax treaties entered into by India with various countries. The Finance Act, 2012, retrospectively amended the definition of ‘Royalty’ to include within its purview, transmission by satellite, cable, optic fibre, or similar technology. It has also been clarified that payments in respect of all rights, properties and information are in the nature of Royalty irrespective of any actual possession or control or direct use of the same.

It should be clarified that such services do not qualify as Royalty and amendments made by finance Act 2012 be amended retrospectively.

Tower Companies: Definition of industrial undertaking in Section 72A of the Act should be amended to include Tower infrastructure companies to allow set off and carry forward of losses of tower companies. This will help in consolidation in the sector and reach economies of scale.

Benefit of Investment Allowance under section 32AC should be extended to other sectors including telecom infrastructure service providers: Currently this investment allowance is meant for a company engaged in the business of manufacture of an article or a thing. Other sectors like developing and building an infrastructure facility, telecom infrastructure service providers, creation of broadband facility etc. are equally important and the investment allowance should be allowed to such companies to enable them to plough back the cash for further investments in the sector which is important when Government is making significant efforts to push the digital payments and other e-initiatives.

CENVAT Credit on input services: Telecom Towers, shelter, electric generator are necessary items of a passive telecom infrastructure which are erected on solid concrete civil foundation. Construction of civil foundation at telecom site is a legitimate business expense and it is an essential part of passive telecom infrastructure which requires substantial investment. Accordingly, inclusion of construction of civil foundation work, in the context of setting up or installation of telecom tower, in the definition of “input service” in Rule 2(l) of CENVAT Credit Rules for CENVAT purposes.

CENVAT Credit of diesel: CENVAT on diesel was earlier denied as it was heavily subsidized by the government and the government did not want to give dual benefits of subsidy and CENVAT to diesel consumers. However, over the last one year, the government subsidy in diesel has almost been fully eliminated. Therefore, the only rationale for not granting the CENVAT credit on diesel is no more in existence. Inclusion of diesel in the definition of “inputs” in Rule 2(k) of CENVAT Credit Rules for CENVAT purposes.

Amit Sharma, Executive VP & President, Asia – American Tower Corporation (ATC) emphasizes that while the Cabinet Committee of Infrastructure (CCI) recognized the importance of ‘telecommunication towers sector’ and included it in the Harmonized Master list of Infrastructure sectors vide its gazette notification dated March 27, 2012. However, till date, no tax or fiscal benefit has been granted to Telecom Infrastructure sector.

Meeting the rapidly growing demand for 4G data will require telecom companies to continue to upgrade networks in 2017/18 and in turn this will need significant rollout of new and infill sites. Unprecedented increase in adoption of digital services like payments, e-governance and entertainment will necessitate further investments in the telecom infrastructure sector. Without infrastructure status benefits like tax / financing benefits, the industry will not be able to afford these long payback investments. Sharma hopes that this Budget will correct this and expects: