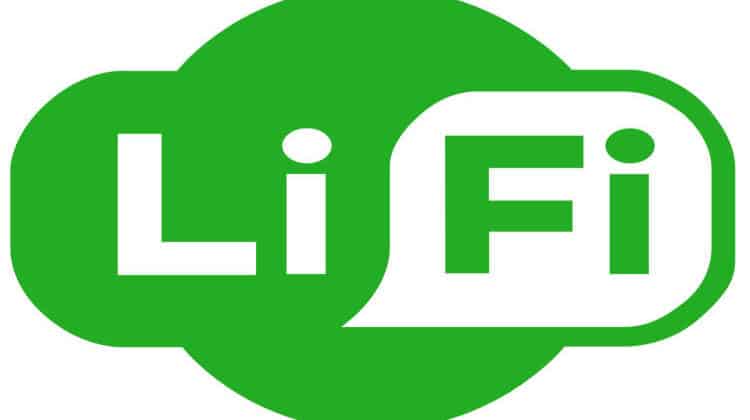 This whole article might sound like science fiction for the best part, yet, it is fast becoming a reality. Li-Fi, or Light Fidelity, is a form of broadband to receive broadband from your light bulbs. After you have done the double take, let us move on.

Li-Fi is still a niche market, with its core still in academia and technology evaluation. At one time, estimated CAGR of this market was around 82%, becoming worth $1 billion by 2018. It has not panned out the way it should have, but it is gaining traction.

First, let me first run a refresher on what wireless communication is at its core. Earlier, I discussed frequencies and wavelengths a lot In my article on 5G. To continue in the same vein, all communication follows a technique called modulation. A modulated wave looks something like this. In essence, it looks like as though the data has been “imprinted” on the waves. 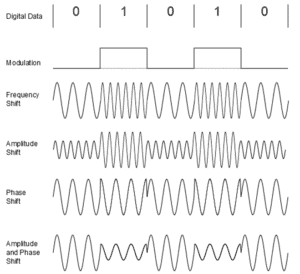 All the communication systems modulate and demodulate radio waves. Basically, the radio waves are “imprinted” with the data with the help of a circuit called a modulator. After that, when someone receives the signal, there is a circuit called demodulator to “read” the data imprinted on the waves. Together, this forms the basis of every communication system. However, this description is really very basic and is for the layperson to understand how basic communication works.

Li-Fi will use the same basic principles, just with the waves that we can actually see with our eyes. Moreover, this type will use no connectors, no cables and will rely on the visibility of the source and the receiver of the signal. That means that its range can be anywhere between a few meters to a few hundred meters. However, everything is still very much in the academia and research at the moment.

How will Li-Fi Work?

Infrared and UV rays are the most likely candidates for Li-Fi as we already have experience with these waves. However, Professor Harald Haas, one of the pioneers of Li-Fi and the Chair of Department of Mobile Telephony at University of Edinburgh, envisioned a lighting system which serves two purposes. First, these modules would serve as lighting solution for homes. Second, these LED bulbs will provide high-speed broadband for users.

A typical Li-Fi module will look more or less like a light bulb. 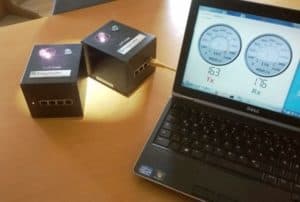 The Visible Light Communication devices are simple LED lamps which switches the current at high frequencies to transmit data. However, this rapid switches do not show any flickering as it is too fast for humans to pick up. These LED lamps can also be dimmed below human visibility to just provide data as well, emitting just enough light to carry the data. Unlike Wi-Fi, Li-Fi can’t penetrate walls but that can be very, very useful, as discussed further on. That does not mean its performance dips; signals reflected off of literal walls have achieved speeds up to 70 Mbps.

Admittedly, this is just a concise view of the process. Naturally the complete process is out of the scope of this article.

Li-Fi can be a game changer in terms of reliability, bandwidth availability, cheapness, security and versatility.

There are a number of key applications which could define the lifestyle of people across the world.

When is Li-Fi Coming, then?

Not soon. As I’ve emphasized, it is still a work in progress. But, it is looking extremely likely that this tech will be commonplace by the end of this decade. Li-Fi is the obvious step forward and with the current lack of spectrum, it is all the more crucial. We can only speculate right now, but some companies such as pureLiFi and others have made big strides forward in this direction. All that remains to be seen is when exactly Li-Fi comes out of academia and research into commercialization.

Posted by: Hemant Kashyap
View more posts
Tags:Broadband, IoE, Li-Fi
Li-Fi: The Next Generation of Wireless Broadband Internet 0 out of 5 based on 0 ratings. 0 user reviews.
2021 to witness the Rise of Smart Telecom Tech Trends
NTT India to Double India’s Data Centers Capacity by 2024

Excitel Brings 100 Mbps Broadband for as low as 399/month: Details Inside

Excitel is bringing out two broadband plans for as low as Rs. 399 and Rs.…