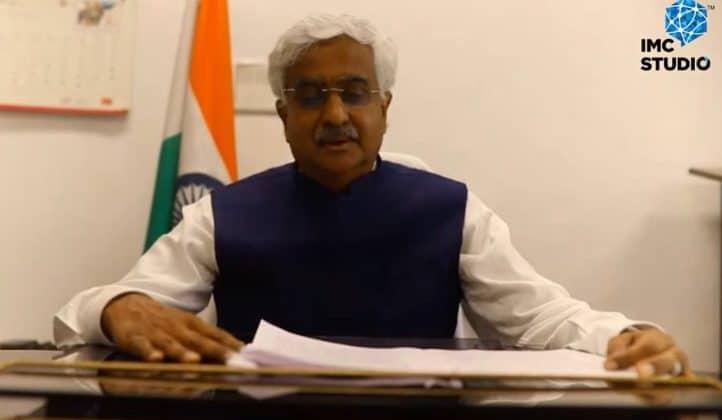 Speaking on the Telecom Leadership Forum, 2021, the Department of Telecommunications (DoT) Secretary Anshu Prakash extended his support to the telecom sector. Further, he presented a positive outlook to the next decade, stating that the decade will “leverage telecom infra and digital technologies”.

Anshu Prakash noted that the decade did not start at the pace everyone would have liked. However, he noted that the telecom and digital economy “came out as a knight in shining armour”. In the face of the adversity and the global slowdown, the strong comeback from telecom industry is commendable.

Pointing to the new tech emerging in the present, he noted that 5G and AI will change lives in this decade. On the same lines, he also noted that many new businesses will emerge from these two verticals.

Furthermore, the keynote speaker at TLF 2021 noted that the industry “have to work for a future in this sector which makes our networks safe secure and reliable”, in the 2020s.

The secretary listed out a variety of plans which are in the works at the department.

With the advent of 5G, Machine Learning and IoT will fast become the norm across the world. As such, India will not be isolated from this trend. Currently there are no frameworks in place for the same and that is one of the challenges faced by DoT. Speaking at the TLF 2021, the DoT Secretary noted that these frameworks will be worked on soon and the telecom department will expect “industry leaders to reach out with suggestions and feedback”.

Second major issue is Cyber Crime. With 5G coming in, the scale and surface area of cyber attacks will only increase given the faster speeds and lower latency. This poses a great cybersecurity threat. Therefore, the Department of Telecom is looking for ways to detect, mitigate and rectify these cyber attacks which will pose a difficult challenge to the telcos as a whole.