Ad fraud incidents cost businesses billions of dollars each year. Fraudsters have found new techniques to game the system and earn money by serving ads by using click spam, fake devices, fake attribution etc., which has resulted in a negative effect on the entire advertising ecosystem. Marketers are also struggling to protect their ad budget. Amit Relan, Director & Co-Founder, mFilterIt explains the reasons behind and tells how businesses can fight ad frauds with advanced tools and techniques.

V&D: Besides the lack of penalties and transparency in industry regulations, what are some of the other reasons behind the rising ad fraud scenario in India?

In today’s digital world, trust, verifiability and transparency barely exist. IT laws are generally confusing and have a few gaps as well and fraudsters are simply taking advantage of this situation. 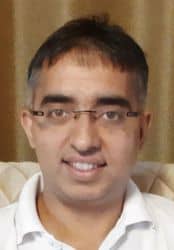 For instance, a majority of apps on the Play Store today are free for users. The developers of these third-party free apps leverage in-app ads to collect revenues from ad networks. App developers get revenue from advertisers based either on the number of ads displayed or the number of ads clicked by users. While mobile advertising has served the purpose of ensuring that developer interests are met properly, it has also become a platform for various types of fraud. The most common ad fraud is fake installs where publishers cheat the advertisers through employing individuals or bots to drive fake installs to earn a profit. The other ad frauds include fake devices, fake attribution, Bots, click spam, incorrect region among others.

Ad fraud gets even more confusing as it involves several complicating factors. Fraudsters use different techniques to block businesses from discovering who they are. Even the methods that can track them can only yield an IP address or location which is useless to make a criminal case.

But, it’s not that companies are not filing suits. Recently, Uber filed a case against five ad tech companies for squandering tens of millions of dollars on fraudulent ads. According to the complaint, the inventory they bought was all fake ads. The companies Uber engaged were into fraudulent activities such as click spamming, ad stacking, click spoofing, etc. After the trial, the judgement came in Uber’s favor and the companies which were sued was asked to pay compensation.

V&D: Fraudsters are pivoting on newer attack techniques. But are advertisers willing to spend on detection and prevention tools?

Advertisers lose millions of dollars every year due to ad fraud. Ad fraud is hard to detect, one has to review the outcomes of one’s campaigns to notice it. But businesses have become conscious about their brand safety. Marketers also want to know where their ad dollars are being spent.

To avoid incurring losses, advertisers are deploying third-party platform-agnostic fraud detection solutions for brand and performance marketing. Many large companies are setting aside budgets to curb ad fraud but still many SMBs who work on a limited budget remain highly vulnerable to ad fraud. If these advertisers set aside 10-20% of their budget for detection and prevention tools, they can save money on their ad campaigns and get genuine traffic which converts into customers.

Using an independent ad fraud detection tool will allow advertisers to get the best protection for their campaigns immediately. These tools are media-neutral and not linked with media spends or media tracking- which ensure an independent and unbiased fraud analysis for the advertiser.

V&D: How effective are technologies like AI/ML, Blockchain in fighting the ad fraud menace?

The advertising industry is evolving faster than ever and so is ad fraud. Thanks to automation, many advertisers today are buying ads without speaking to any single human being at a media company. Ad frauds have also become quite sophisticated and difficult to detect, and hence require better ad fraud detection and prevention techniques.

Although blockchain can trace the ad counts in real-time, we need AI and ML algorithms and deep-learning to fight ad fraud. The capacity of Blockchain is limited for real-time transactions, which becomes a challenge in digital advertising given the huge number of real-time transactions that are processed every day. But both AI and ML techniques are extremely effective in detecting fraudulent data patterns such as bot-driven traffic or non-human traffic.

Bots are instructed to visit premium sites, picking up desirable cookies and then visit fraudulent sites. Since bot’s behavior is automated, they tend to visit the same cluster of premium websites over and over again. AI and ML-based fraud detection solutions can easily detect these patterns since no human would visit the same site in the same order. The solution identifies these patterns and marks them as a fraudulent activity. These technologies ensure optimized results for fraud prevention and detection models.

V&D: Tools and techniques of ad fraud are evolving very fast, while the fraud prevention solutions providers are busy playing catch-up. Could you suggest some best practices for the advertisers to protect themselves?

There is no doubt ad fraud is the biggest challenge of advertisers today. Fake ad traffics get created using malicious mechanisms for delivering ads. This not only affects the advertisers but also affect the ad-networks, agencies as well as the publishers. Some of the best practices for advertisers are as follows:

Do a background check of your publishers/networks and blacklist fraudulent publishers: Checking the background of your publishers is of paramount importance as it helps you understand their target audience. Publishers can tell you how their target audience data was collected and in what way it can benefit you in your campaign. Demanding a zero tolerance to fraud is important to ensure a better quality of campaigns. Any publisher whose behaviour matches fraud patterns must be blocked as soon as possible.

Upskill your team and ensure that the team is not incentivized to promote Ad Fraud: Advertisers need to start bridging the skill gap by training their staff about frauds and how they can curb it. Many a time, marketing teams get incentivized to hit the performance goals-unknowingly allowing ad frauds to continue. It becomes important for marketing teams to have data sciences experts to look at suspicious patterns and curb the fraud at the earliest.