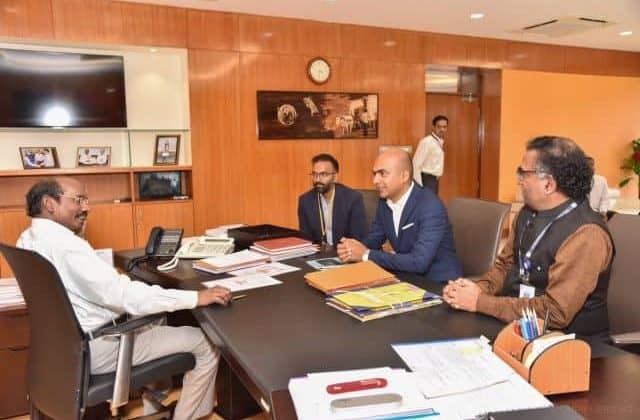 The capability has been currently enabled by Qualcomm Technologies Inc on several of their Qualcomm Snapdragon Mobile Platforms and will be made available across multiple Xiaomi smartphones in India. A few months back, Qualcomm released its FastConnect 6-series subsystems that support Dual-Frequency (L1 and L5) GNSS to improve location positioning accuracy and robustness. They are also the first system-on-chip solutions to support Navigation with Indian Constellation (NavIC).

Xiaomi has said that in 2020, several of its smartphones across multiple price points will support NavIC, initially supported by some Snapdragon chipsets. The implementation was possible after R&D efforts from Xiaomi for software along with ISRO and Qualcomm’s efforts.

Navigation with Indian Constellation (NavIC) is the regional geo-positioning system designed in India by ISRO to provide accurate positioning in India and 1500 km around the Indian mainland. The system comprises 7 satellites, 3 of which are in geostationary orbit over the Indian Ocean and 4 in geosynchronous orbit. NavIC is capable of providing location positioning accuracy better than 20 meters.

Some of the key consumer applications of NavIC for mobile include precise location mapping in remote, difficult to access areas, precise timing, along with visual and voice navigation for drivers among others.

Commenting on the co-operation, Dr. K Sivan, Chairman ISRO said that NavIC is a critical step forward in the pursuit of harnessing space technology for national development and ISRO is eager to make it accessible to everyone for everyday use. He expressed happiness that Xiaomi India has enabled this technology across several devices in their 2020 portfolio. He said that ISRO looks forward to extending the benefits of this indigenous solution to millions of Indians through such initiatives. He also appreciated Qualcomm Technologies for enabling NavIC support on their mobile chipset platforms.

Manu Jain, Global Vice President, Xiaomi and Managing Director, Xiaomi India said on the development, “ISRO developed NavIC with the mission of enabling millions with this innovation, and we at Xiaomi work hard to ensure the same each day. We are extremely proud of the sophisticated geo-positioning tech which ISRO has devised, and even more proud to integrate it into several Xiaomi devices. We also thank our partner Qualcomm Technologies for enabling support in their chipsets as we bring it first to the Redmi smartphone this year.”

He further added, “As a brand committed to Make in India, this acts as the next step where we localize our R&D with leaders from the industry. We hope this showcase of technology from India, made in India will further propel the adoption of innovation for everyone.”