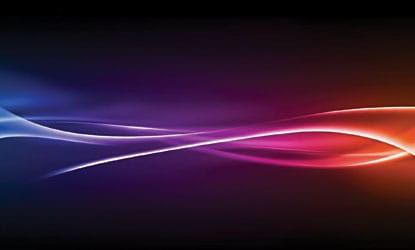 There is a significant amount of White Space available in the country in 470-590 Mhz band. Microsoft is making moves to leverage this in an effort to compete with Google and Facebook.

Microsoft recently announced that it hopes to conduct trial using White Space technology to provide wireless Internet connectivity to rural areas in the country. The company has sought clearance to conduct trial in two districts in India and if the pilot is successful, the technology will be rolled out in other areas as well.

This will not be the first white space trial to be conducted in the country. Indian Institute of Technology (IIT), Mumbai, in partnership with White Space Alliance started conducting a pilot in a few villages of Maswan, Haloli, Ganje, and Pargaonin Maharashtra, earlier this year.

“These trials are being conducted in the Palghar district in association with Tata Teleservices. The deployments for the trials has just started and we are hoping that we can complete the deployment by Q1 of 2015. We are also planning two other trials. One in Ajmer and another one in Haryana,” says Apurva N Mody, Chairman, WhiteSpace Alliance. Microsoft hopes to join the club of global technology giants like Facebook and Google who are working on Internet beaming drones and Project Loon to provide Internet access to remote areas.

White Space refers to the unused spectrum between two TV channels. Many initiatives have been launched using this spectrum to provide wireless access to the rural segment. Devices, which can be used to utilize these spaces are called White Space Devices (WSD).

The newly formed Government has demonstrated keen interest to provide digital connectivity to the rural sector. There is a significant amount of White Space available in the country in 470-590 Mhz band and this can be effectively used to provide broadband coverage in rural areas.

White Space is generally provided between channels to avoid any spectrum interference. However, a lot of spectrum is now becoming free in India as the broadcasters have moved from analog to digital signaling. The White Space technology is already in use in countries like South Africa and the UK.

What really goes in favor of White Space is that it is usually in low frequency, which means that the signal can travel a wider distance and in-building signal is not a problem. This implies that the cost of setting up infrastructure is much lower, which makes it appropriate for the hinterland.

Regulators all over the world have been exploring the use of WhiteSpaces in the television band VHF/UHF spectrum to provide cost-effective broadband access. The powerful propagation characteristics of these bands make them ideal for use in rural areas where wired infrastructure is not cost effective to deploy, and vegetation makes line-of-sight wireless solutions unreliable,” says a recent press release of White Space Alliance. The global organization has recently formed a Special Interest Group in India.

It is not surprising that Microsoft wants to capture this segment. The bottom-of-the-pyramid segment is going to provide the next wave of customers to the IT companies. It is for this reason that global giants like Facebook, Microsoft and Google are trying to be ones to connect them to Internet.

“WhiteSpace Communications is very important for India. This is the way to provide cost-effective broadband access in order to meet Prime Minister Narendra Modi’ s Digital India Vision,” says Mody.  Keeping the benefits of White Space in mind, it is surprising that the Government is not planning to use this for providing broadband benefits to the rural segment of the country. As it formulates Digital India vision, the time is right for the Government to include White Space in its plan to offer broadband to the rural segment. The use of this technology will definitely provide a much-needed boost to internet usage in India.

Posted by: VoicenData Bureau
View more posts
White Space technology to boost Internet usage 0 out of 5 based on 0 ratings. 0 user reviews.
5 reasons why you need an SBC
‘Moving to 100% Public Cloud is my biggest achievement’

A development use case for mobile data