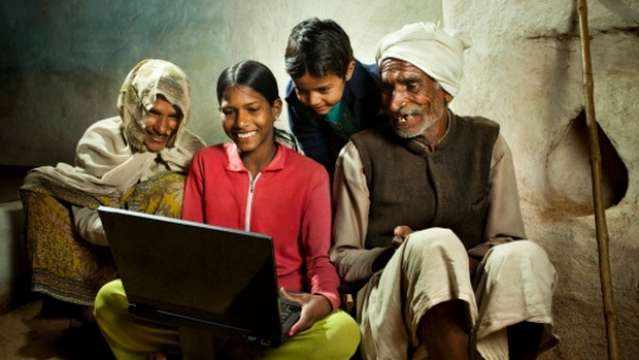 Though the brouhaha is all about net neutrality these days, but what about solving the internet connectivity issues in the country, where net is a far-fetched dream for millions?

BharatNet, or NOFN, that promises to provide internet connectivity to the country’s hinterlands has missed its two deadlines, even though it has got its new avatar in the form of BharatNet of late, there are too many complexities surrounding it.


The National Optic Fibre Network (NOFN) recently got rechristened to BharatNet and is estimated to deliver economic benefits of over Rs 66,500 crore in FY 2018-19, playing game changer to the country’s economy.

It is expected to re-define how healthcare and education is delivered in the country and give a fillip to IT, Electronics and E-Commerce sectors, among others. In essence, the project is the backbone on which India’s digital economy is expected to ride.

The nine-member panel headed by former Deity Secretary J Satyanarayana that was formed to expedite the project overhauled and re-positioned the project from NOFN to BharatNet.

The committee had recommended involvement of private sector for the project, increased role of state governments, and use of satellites and radiowaves for providing connectivity to certain areas. Based on these recommendations, the government in Delhi hosted a meeting of IT Ministers of all the States to expedite the project, where seven states proposed to come up with their own model to roll out broadband network.

The meeting had in attendance all the influencers and facilitators of the telecom ecosystem in the country including senior bureaucrats and Union Telecom Minister Ravi Shankar Prasad.

Experts believe that the current broadband thrust of the government is almost entirely on the supply push. There can be some tweaks in the project process, so that BharatNet works in alignment with the Digital India program.

The project has missed its deadlines twice and now the target to cover 2.5 lakh gram panchayats (GPs), spread over 6,382 blocks and 640 districts, by December 2017 also looks quite untenable.

This leads to a big question for the government: Is Narendra Modi government and his team, including Ravi Shankar Prasad, Union Telecom and IT Minister, setting unrealistic target for Aruna Sundararajan, Head of Bharat Broadband Network (BBNL), and thus planning to fail again?

BBNL is executing the whole project through three public sector units—BSNL, RailTel and PGCIL (Power Grid Corporation of India) — in the ratio of 70:15:15 with no private player’s involvement in the project so far. The whole BhartNet project has been charted out in an unrealistic manner.

Laying 6.5 lakh km fiber across the country is a humungous task. Even countries like Myanmar and China that are rolling out similar projects are working with a longer time-frame and smaller rollouts. As of May 2015, BharatNet fiber has been rolled out in 20,000 GPs only and looking at the pace of work and the complexities, the project is likely to take over five years to complete in a meaningful, productive manner.

PK Agarwal, Director, Planning, BBNL, says: “Today, we have a speed of 350 km for duct and 250 km of cable laying per day which needs to be ramped by up by five-to-six times if we need to achieve the target of covering 2.5 lakh GPs by December 2017.”

So, is ramping up the speed by five-six times doable, keeping in view the number of approvals one needs to take and the difficult terrain where fiber needs to be rolled out? One highly-placed source involved in the project says: “Although, the Right of Way (RoW) approvals are already there from the state governments for this project, but we often get stuck taking approvalsfrom forest departments or the roads/highways departments. Over and above, there is a problem in procuring equipment from BBNL.”

He elaborates on the lengthy and cumbersome process of BBNL in giving approvals for equipment and various other requirements. “There’s a lot of mismanagement from BBNL’s side which is also delaying the project. Approvals for laying fiber in terrain zones take a lot of time, and then BBNL takes time in allotting equipment to the three PSUs—BSNL, PGCIL and RailTel, for carrying out work,” he says.

Presently, the government is in the process of implementing the first phase of connecting 50,000 gram panchayats, in Kerala, Karnataka, Andhra Pradesh, Chhattisgarh, Jharkhand, Madhya Pradesh, Odisha, the North East and Maharashtra. The second phase involves connectivity mainly in northern states such as Uttar Pradesh, Bihar, Punjab,Haryana and Uttarakhand for about 100,000 gram panchayats.

Experts in the industry believe that historically government has fallen short of its targets as it sets full-blown goals, overlooking the hurdles in delivering a big project.

According to Mahesh Uppal, Director, ComFirst: “Meeting the target is going be a very tough task. I think something like that to happen a large number of people and agencies have to work in sync which unfortunately is not happening currently.” Telecom regulator Trai has identified more than half a dozen factors responsible for the continuing poor performance against targets. The challenge is heightened by the fact that cost estimates have also more than doubled. The committee on NOFN, now BharatNet, has estimated over three-fold rise in the project cost to Rs 72,778 crore from about Rs 20,000 crore approved earlier.

“Earlier, it was an incremental project. Previously, the focus was on 100 MBPS now it is GBPS. Previously, it was a leaner network now it is ring architecture, so it has resulted in cost escalation over time and the increased involvement of many other factors too. But if you calculate the cost of BhartaNet today, it would stand at around Rs 35,000 crore,” says Satyanarayana.

However, USOF (Universal Service Obligation Fund) current status of funds shows Rs 39, 139 crore in balance, at the time of this report going to print.

Government sources indicate that the state governments’ financial support may be pooled in if the USOF fund falls short of the target and so far, the scenario on who is going to pay for it is vague.

Sundararajan says: “Average inflow into USOF is Rs 9,000 crore per year… We are also looking at how we can augment the resources…in another month, we will have clarity on the move forward.”

“The multilayered structure of BBNL and the onerous bureaucratic processes are a big handicap. We need to move from this to a private sector dominated operational system that is characterized by speed, innovation and accountability. The government should play the role of lead investor and also take the crucial responsibility of providing policy guidance over the many obstacles that arise on theway. The business model can also be considerably strengthened through various possible government initiatives to create the demand pull,” says TV Ramachandran, Chairman of Assocham’s National Council on Telecommunications.