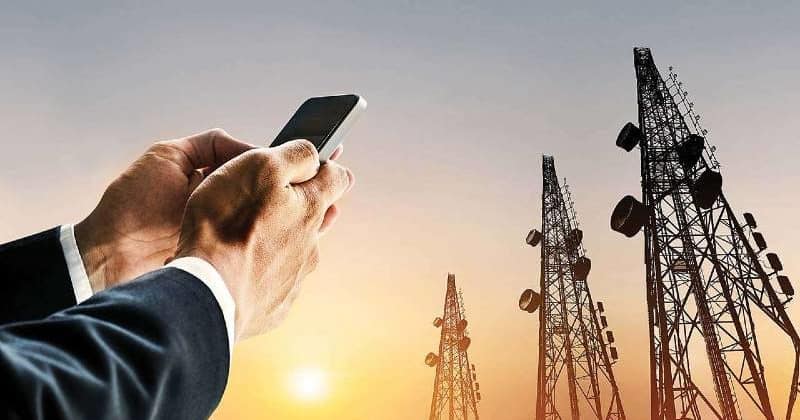 Vodafone Idea’s (rebranded as Vi) financial results are out. Certainly, the pandemic has had an effect on the operator’s earnings this quarter.

Highlights of the quarter are as below:

Highlights for the Quarter
• Revenue up 1.2% QoQ to Rs. 107.9 billion, as impact of nationwide COVID-19 lockdown has gradually started to ease
• Launch of our new unified brand “Vi”, combining the legacy of two powerful brands
• VIL’s GIGAnet is now the fastest 4G network in India and also the most consistent, as per Ookla
• Cost optimization underway with target to achieve Rs. 40 billion annualized opex savings over next 18 months; achieved ~25% of targeted annualized opex efficiency as of Q2FY21
• Significant network capacity expansion supported by spectrum refarming and TDD rollout
• AGR update: Hon’ble Supreme Court, in its final judgment, allowed a payment to be made in 10 annual installments commencing from April 01, 2021 to March 31, 2031
• Fundraising – Board has approved fundraise of upto Rs. 250 billion through a mix of debt and equity

While announcing the quarterly results, Ravinder Takkar, MD & CEO, Vodafone Idea Limited, said “As we reach the end of our integration journey, we have become the fastest and most consistent 4G network of India, as validated by Ookla, a testimony to our superior and improved 4G GIGAnet network covering 1 billion Indians. We have launched our new unified brand “Vi”, built on the legacy of two of the most loved brands of the country, and are all set to regain customer mind share. While we continue to face COVID-19 induced challenges, Q2FY21 showed signs of recovery with a gradual improvement in economic activities. We are executing on our strategy and our cost optimization exercise has already started to yield incremental savings. We have also initiated a fundraising exercise to support our strategic intent. Further, we continue to interact with the government seeking long-term solutions to the critical challenges, which the industry faces.”

Vodafone Idea’s subscriber base supposedly declined to 271.8 million in Q2FY21 from 279.8 million in Q1FY21. However, the gross additions seemed to have improved with a gradual reopening of retail stores.

The subscriber churn increased to 2.6% (vs 2.0% in Q1FY21), as the market activity increased during the quarter with lifting up of restrictions. ARPU for Q2FY21 improved to Rs. 119 compared to Rs. 114 in Q1FY21, reports Vodafone.

Takkar indicated that the company will continue to invest in 4G to increase coverage and capacity. He said, “We added ~10,000 4G FDD sites primarily through refarming of 2G/3G spectrum to expand our 4G capacity. We also made progress in implementing LTE 900 in select locations, including through dynamic spectrum refarming, to improve customer experience. We have deployed
~61,300 TDD sites in addition to deployment of ~12,400 Massive MIMO sites and ~11,800 small cells till date. Our overall broadband site count stood at 457,386 as of Q2FY21 compared to 446,131 in Q1FY21, with 4G coverage to ~1 billion Indians.”

As per Ookla, the global leader in Internet Performance Testing, Vodafone Idea is claimed to be the fastest 4G network in the country, which is a significant improvement compared to having fastest speed in 3 circles (Delhi, Madhya Pradesh, and West Bengal) a year ago, thus reflecting our journey of becoming the superior and improved 4G network.

At the end of the quarter, the 4G subscriber base stands at 106.1 million (vs 104.6 million in Q1). The data volumes declined by 4.0% QoQ, as data usage normalized compared to the significantly higher volumes witnessed during the early months of lockdown. The total minutes on the network declined by 4.0% during the quarter.

The new unified brand “Vi” was launched on September 07, 2020. The operator also recently launched GIGAnet – an integrated 4G network for its users.

“GIGAnet is the result of the largest network integration completed in record time and the world’s largest DSR (Dynamic Spectrum Refarming) exercise. It has India’s largest AI-powered Massive MIMO sites along with largest deployment of universal cloud,” conveyed Takkar.

GIGAnet from Vi has been verified by Ookla as the fastest 4G network, with the highest download and upload speeds in some of the top states like Maharashtra, Uttar Pradesh, Gujarat, West Bengal, Delhi, Kerala, Rajasthan, Madhya Pradesh, Chhattisgarh, Jharkhand, Sikkim, Assam and other states of North East. GIGAnet has topped the speed charts in 120 key cities across the country including major cities of Ahmedabad, Lucknow, Jaipur, Indore, Rajkot, Agra, Kochi as well as the metros of Mumbai, Delhi NCR and Kolkata, among others.

On August 31, 2020, Vodafone Idea, along with other parties (Vodafone Group, Bharti Airtel, Indus Towers and Bharti Infratel) have agreed to proceed with the completion of the Indus-Infratel merger. On October 22, 2020, National Company Law Tribunal (NLCT) has given its approval for the aforesaid merger and the filing with Registrar of Companies (ROC) post final closing based on agreed closing adjustments is likely to be done within 30 days.

VIL will monetize its 11.15% stake in Indus on completion of the merger. The value of VIL’s 11.15% stake equates to a cash consideration of approximately Rs. 38 billion (~US$ 520 million) currently. The final determination will take place shortly before closing of the merger.

The Hon’ble Supreme Court on October 24, 2019 delivered its judgment on the cross-appeals against the Hon’ble TDSAT judgment dated April 23, 2015, relating to the definition of Adjusted Gross Revenue (AGR Judgment). The order upheld the principal demand, levy of interest, penalty and interest on penalty.

On September 01, 2020, Hon’ble Supreme Court has directed that for the demand raised by DoT in respect of the AGR dues based on the judgment of this court, there shall not be any dispute raised by any of the Telecom Operators and that there shall not be any re-assessment; the Telecom Operators shall at the first instance, make the payment of 10% of the total dues as demanded by DoT by March 31, 2021, and thereafter shall make payments in yearly installments commencing from April 01, 2021 to March 31, 2031 payable by March 31 of every succeeding financial year.

Takkar in this regard stated, “We, till the previous quarter, without prejudice and on prudence, had recognized total estimated liability of Rs. 654.4 billion including the amount of Rs. 582.5 billion as per preliminary assessments up to FY 2016-17 filed by DoT in the Hon’ble Supreme Court and estimates made by us for the periods thereafter computed based on the terms of the License Agreement, AGR Judgment, etc. together with interest, penalty and interest on penalty up to June 30, 2020. Against the above, we have made payments of Rs. 68.5 billion in three installments up to March 31, 2020
and have made a further payment of Rs. 10 billion during the quarter. The cumulative amount paid by us till date exceeds 10% of the total liability and accordingly, we believe, the next installment would be payable only by March 31, 2022.”

Posted by: VoicenData Bureau
View more posts
Vodafone Idea to continue investments in 4G to boost coverage and capacity 0 out of 5 based on 0 ratings. 0 user reviews.
AppDynamics pegs to open up a whole new cloud market in India with its latest SaaS offering
Demand for advanced server architectures increase: Dell Technologies

Tech Mahindra has announced the launch of WORKSPACE NXT, the latest version of its next-generation…

Qualcomm has recently announced that its Board of Directors appointed Sylvia Acevedo, former CEO Girl…

Chingari has achieved the benchmark of serving 38 million users on its platform. The desi…