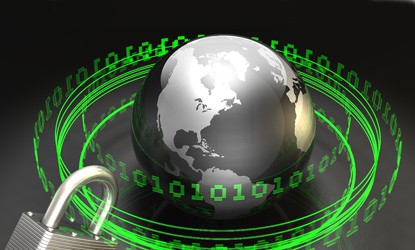 Just a few days back, Bulgaria, Kosovo, and North Macedonia signed declarations with the United States on the security of 5G wireless communications networks. These countries have now aligned with the USA’s Clean Network initiative aimed at ensuring only trustworthy companies to build 5G networks.

U.S. Secretary of State Mike Pompeo took part in separate signing ceremonies on October 23rd by videoconference from the State Department. At this event, Pompeo was quoted saying, “With today’s historic signing of a 5G security memorandum, Bulgaria has joined the Clean Network, and joins a growing coalition of countries and companies committed to protecting their 5G networks from untrusted vendors.”

The Clean Network program is considered by acting US President Donald Trump Administration as a comprehensive approach to safeguarding the nation’s assets including citizens’ privacy and companies’ most sensitive information from aggressive intrusions by malign actors (such as the Chinese Communist Party).

The initiative also aims to limit the expansion of equipment made by Chinese companies like Huawei, ZTE, and others in the telecommunications networks of the countries that have joined this US-mooted initiative. 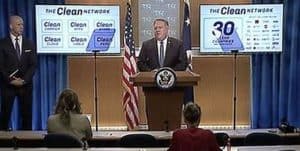 Apparently, it is rooted in internationally accepted Digital Trust Standards and represents the execution of a multi-year, enduring strategy built on a coalition of trusted partners. The Clean Network emphasizes the importance of securing the entire 5G information technology ecosystem, including all extensions and accessories.

This also means that untrusted IT vendors (especially of Chinese origin) will be denied access to U.S. State Department systems. According to Mike Pompeo, the US would follow the letter of the law to ensure that the country has a clean path for all 5G network traffic coming into its facilities. Period. “We will keep doing all we can to keep our critical data and our networks safe from the Chinese Communist Party,” said Pompeo.

Donald Trump regards the Clean Network Initiative as a major change in US policy and possibly a permanent change for the Internet. The United States, according to Trump, is moving towards a more sovereign, self-help Internet with this program.

China and other countries have learned to bend the internet to their will. The future Internet is filled with national security threats, rather than cooperation and economic and social opportunities. States must strengthen their borders and arm themselves to the teeth against such threats. But what we heard is that the United States is more afraid of Beijing than it cares about an open & secure Internet.

Countries aligned in this plan

It is interesting to note that, so far, many countries including the United Kingdom, Czech Republic, Poland, Sweden, Estonia, Romania, Denmark, and Latvia have joined this program. It was reported that Greece too recently agreed to use Ericsson, rather than Huawei, to develop its 5G infrastructure.

Some of the largest telecom companies around the globe are also becoming ‘Clean Telcos’.

Our own Reliance Jio is a prime example. This Mukesh Ambani-led major Indian telco recently tested trials of its 5G services with Qualcomm’s support, showing its self-reliant and independence on Chinese gear suppliers.

It is known that Orange in France, Telstra in Australia, SK and KT in South Korea, NTT in Japan, and O2 in the United Kingdom are rejecting doing business with tools of the Chinese Communist Party’s surveillance state, like Huawei.

The big three telecommunications companies in Canada have also decided to partner with Ericsson, Nokia, and Samsung because public opinion was overwhelmingly against allowing Huawei to build Canada’s 5G networks.

The USA also recently issued a joint statement with the European Union on the synergies between the Clean Network and EU’s 5G Clean Toolbox. Since the adoption of the Toolbox meets the criteria for being part of the Clean Network, the two countries believe that this alliance will work well together.

Ever since the US Secretary of State Pompeo announced the Clean Network and the European Union launched its EU 5G Clean Toolbox earlier this year, 40 Clean Countries, and 50 Clean Telcos, including the largest telcos have joined this initiative.

Posted by: VoicenData Bureau
View more posts
Is US finding success in convincing more countries to join its Clean Network program? 0 out of 5 based on 0 ratings. 0 user reviews.
Former PepsiCo CEO, Indra Nooyi named as member of Philips’ Supervisory Board
VIAVI and EF Johnson expand auto-test capabilities for KENWOOD Radios