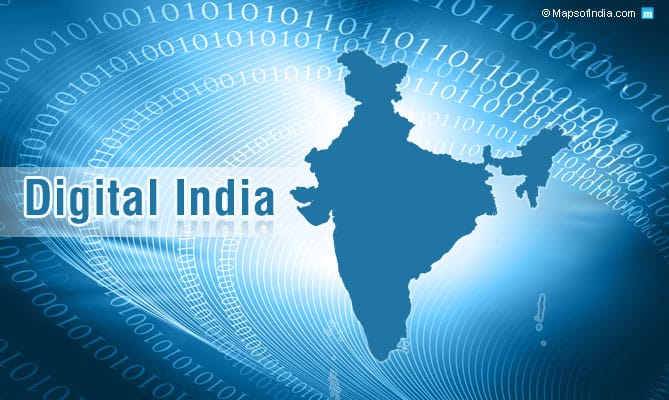 Speaking on the occasion Minister Ravi Shakar Prasad stressed that there is great maturity of the movement called ‘Digital India’ today under the visionary leadership of PM Narendra Modi.

He gave the mantra of “Reform, Perform, Transform” as the key focus areas for the Government. In India’s journey of transformation, technology is playing a big role. Digital India, Make in India, startup India, Smart cities are all technology-based programmes designed to reform. He further articulated the idea of Digital India which is based essentially on 3 premises. It is designed to empower, bridge the gap between digital haves, have-nots and finally, technology must be low cost, developmental and produced in India.  For Digital India to be competitive the Government must also be competitive. Towards this, entities such as NIC and STPI have to play a crucial role.  Buoyed by concerted efforts over the years Digital India is now having a global resonance with many countries wanting to emulate the model.

Stressing the importance of JAM Trinity he said with 1.24 billion Aadhar cards, 1.2 billion mobile phones are riding its own story of success in the digital inclusion. He said eNam, e-Visas, Digital payments all have shown tremendous maturity and growth.

Stressing the importance of startups he said that if India has to grow it can’t do without startups. He said that steps are being taken up to include startups in the e-procurement portal of GoI.

Minister Ravi Shankar Prasad also stressed the need for empowering common women of India for a successful digital inclusion process. The Common Service Centres are already doing a great job in empowering women.  Praising the women entrepreneurs he said that today’s awards are a celebration of their contribution to further technology. The list of women awardees in six thematic areas of technology empowerment is attached.

In an effort to percolate the vision of Digital India to reach the tier 2, 3 4 and mofussil towns of India 200 BPOs are now operating across India. Imphal, Patna, Malda, Bareilly, Jalgaon Ghaziabad are some of the places where these centres have been opened.

To strengthen the digital infrastructure in villages 1.25 Lakh Gram Panchayats have been connected by optical fibre. Today there are 1 Lakh digital villages with wifi connectivity and CSCs. He exhorted MeitY to come out with digital cataloguing of indigenous products with special emphasis on products developed by rural artisans.

To conclude he said India must become a huge centre of software products and a hub for intellectual property. By harnessing the power of technology nobody can stop India from being a superpower.

On TIDE scheme he said that it had made some remarkable achievements in the promotion of startups in the country and now with TIDE 2.0 more avenues would open up for startups.

Earlier in the day, Minister Prasad awarded the selected fintechs and Banks in promotion of the digital landscape in the country and also awarded outstanding women tech entrepreneurs.

Also leading technology leaders and Secretary MeitY in the 3-panel discussions stressed the need for greater government-academia-industry partnership to take forward deep tech entrepreneurship for socio-economic growth of the country.  All were of the unanimous view that the various public platforms created under the Digital India programme have created opportunities for India to be the technology leader for low-cost solutions.

Last week, the Indian government proposed sweeping changes to the legal protections for “intermediaries”, which…