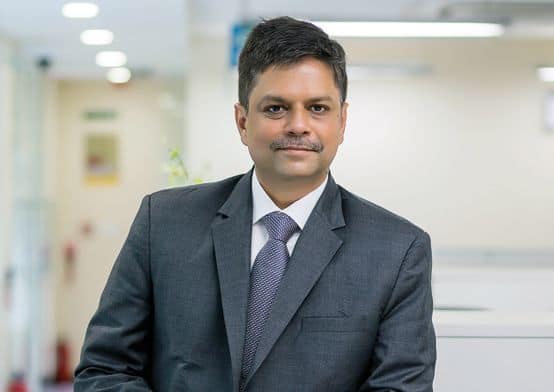 These are exciting times and the industry has an opportunity to impact the lives of 1.3 billion people!

Unprecedented data consumption is driving the telecom industry in India and globally to transform dramatically. Three big trends are the emergence of new business models, new players and new network technologies. They are discussed below –

• New business models are emerging, as Communication Service Providers (CSPs) embrace digital and transform to Digital Service Providers (DSPs). They are enhancing their ability to accelerate digital experiences and monetisation via service personalisation, subscriber behaviour analytics, customer engagement, premium services and more. At the same time, they are investing in core network infrastructure – JIO is nearing go live with its GigaFiber, built on fibre-to-the-home (FTTH) technology, while Airtel’s V-Fiber is up and running. Sterlite Tech is enabling this ecosystem – last year, it launched an end-to-end FTTx solution viz., FTTx Mantra.

• New players are emerging, with governments, defense and data centers investing in smarter networks. The Indian defense is in a network build cycle, with the Army, Navy, Air Force, Border Security Force all building mission-critical, intrusion-proof networks. At the same time, governments all over the world are investing in rural broadband and in building smart cities. BharatNet-II, the key enabler of rural broadband, picked up steam in 2018. Projects were awarded in multiple states, with MahaNet-I in Maharashtra, powered by Sterlite Tech, alone set to transform the lives of 7.5 million citizens. Internet companies such as Amazon are building their own data centers, with intra and inter data centre hyper connectivity being a critical network component.

• New network technologies in the form of open, software-defined programmable networks with deep fiberisation are bringing dense networks closer to the user. With 5G (10-20x small cells per macro cells), FTTx, IoT (several devices per person) all picking up, the number of network end points will explode. All this requires significant network creation and upgradation. DSPs are investing in fibre-led infrastructure and increasing virtualisation with software intensive networks.The government has been largely supportive, especially with the favourable National Digital Communications Policy (NDCP). The focus on Broadband for All, relaxation of policy constraints and drive towards stakeholder collaboration, has set the stage for achieving digital inclusion.

Declaring the Fiber First Initiative and encouraging Common Rights of Way in speeding up broadband availability are good thrusts. Bharatnet-II is picking up pace. Last year, the government announced a subsidy of Rs 3,600 crores to private telcos to set up Wi-Fi in rural areas as part of BharatNet-II, to impact 100 million people. 5G is top of mind. Last year, the Department of Telecommunications set up a forum to develop the roadmap for operationalizing 5G services in India by 2020. Additionally, it earmarked Rs 500 crores for research and development of 5G technologies. There is one key driver of digital transformation viz, exponential data growth; and the user experience that comes with it. 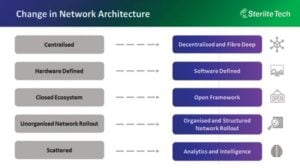 A few years ago, we celebrated annual global IP traffic crossing 1 Zettabyte (ZB); and by 2020, it is expected to grow to almost 7 ZB. Consider the exponential pace of growth. With Internet use picking up in the early 1990s, it took about three decades to hit 1 ZB; while in just another two years; it would have grown 7 times.With this growth comes user experience. With live streaming, virtual reality apps, internet of things, users expect always-on ultra-high speed connectivity, simple one-click transactions, seamless casting across devices, personalisation and so much more.

User experience is primary and building network infrastructures to meet this humungous data need is on top of mind for telcos. World over, telcos are fast transforming from CSPs to DSPs. For this it is critical for them to invest in dense networks with deep fiberization, that is based on open source and edge computing. On the one hand, they are investing in these future-ready network designs and on the other in efficient rollouts and intelligent management via software.

If you see from a user’s perspective, any DSP – whether it is telcos, Internet companies such as Netflix or governments providing citizen services via smart cities – needs smarter programmable networks that are highly scalable, responsive and flexible, at competitive costs.

Three aspects of Smart NetworkThere are three aspects of building out smarter networks – scale, latency and agility. Together, these form the backbone that contributes to great user experience.

• Scale –  Networks must have the ability to scale to handle business growth, new locations, new customer offerings by DSPs and much more. Densely fiberized networks will be able to handle vastly larger amounts of data than the current microwave backhaul-based data communication.

• Agility – At the same time, Software Defined Network (SDN) with virtualised network functions and open sourced hardware will enable networks to adjust data demand variability in real time at reasonable costs.2017-18 was transformational as many digital technologies went mainstream – voice technology with voice assistants made its way into living rooms, as did live video streaming and consumer IoT in its various avatars of home automation.

In the enterprise sector, the first commercial driverless cars made their debut in 2018 even as factories adopted industrial IoT and robotics, while B2B marketing fully embraced the video. Holograms, virtual reality and augmented reality, though yet to go mainstream, were ubiquitous at trade shows around the world. Life-changing applications of these technologies will be seen in e-health and e-education and will be driven by 5G. These are exciting times and the industry has an opportunity to impact the lives of 1.3 billion people. Progressive policies, technology innovation, disruptive business models, collaboratively rallying together are the pointers to the way forward.

Commitment to the ease of doing business, tax subsidies for make in India, timely implementation of NDCP and ongoing push on BharatNet will give a further fillip to the accelerated pace at which the industry is moving.