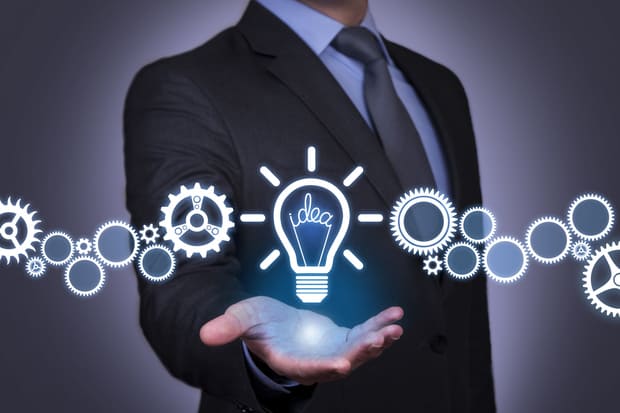 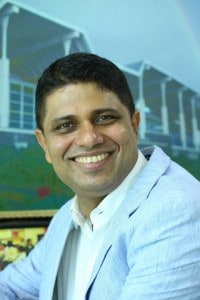 The third season of Netflix’ Black Mirror series started with an episode called “Nosedive”, in which people rate each other constantly in a 5-star rating system. Every interaction with a fellow human triggers a rating, which in turn, sends the person’s publicly visible average rating up or down. This rating determines their value in the society, their access to various services, and their employability.

While Nosedive and many other episodes of Black Mirrors are satirical depictions of the evolving and futuristic adoption of technology, they also, in some way, depict the power of disruption and transformation brought in by the rapidly changing digital technologies that are amplifying the human potential.

The train of change on the technology front seems to be running at full steam, apparently ignoring the turbulence and volatility on the global economy. Technological advances have contributed to the transformation of customer expectations while simultaneously providing enterprises with the digital tools to create the amazing experiences that their customers expect. Human behavior is transforming through these experiences along the three dimensions of interaction, consumption and collaboration.

Interaction: Customers increasingly expect personalized and highly relevant interactions, catering to their own context. Digital technology is enabling enterprises to meet these expectations by delivering personalization to large numbers of customers at low cost.

Consumption: In today’s digital economy, offering just products and services is no longer enough. Many enterprises are therefore using digital technologies to offer customers unique and unforgettable experiences as customer experience has emerged as an increasingly important differentiator alongside the quality of the core offering.

Collaboration: The concept of collaboration instead of ownership has become mainstream – in North America alone, there more than 110 million people are now participating in the collaborative economy. Customers are attracted by the convenience of on-demand access, the prospect of financial savings, and its potential to improve their quality of life.

Unlike in the past, we no longer talk of information technology or digital technology within the narrow context or confines of the enterprise. Technology permeates all walks of life and is equally relevant in the different spheres of life – home, work and society. Customer feedback has always mattered but, in the digital era, it is more important than ever. In today’s hyper connected world of e-commerce, customers can source products from around the world at their fingertips leveraging technology. Social media has given customers powerful new tools to promote brands they like or express disapproval of things they do not like.

Let’s briefly look at how digital technology is transforming user experiences in different spheres of life (home, work and society).

Home: Healthcare will witness a major transformation, in the years to come. Today, Pager offers an Uber-like on-demand anytime service in the healthcare industry, which has largely been lagging behind other sectors in the adoption of digital business models. Pager is a mobile-based service that promises to arrange on-demand house calls by doctors within two hours.

Autonomous cars are going to be a reality very soon and this would have a transformative impact on human lives. Connected cars will also help automate routine pre-travel chores by communicating with the smart home network hub. The adoption of blockchains and smart contracts and their integration with the Internet of Things (IoT) and the sensor ecosystem will enable the autonomous car to ‘know’ when the ownership of the car changes and it will automatically drive to the residence of its new owner.

Home robots that can interact with humans via speech, gestures and sign language act as a personal assistant to carry out manual chores of all varieties needing a variety of skills and muscle power without the need for complex pre-programming. They will simply grasp the tasks to be executed by observation, inference and self-learning.

Technologies such as lip reading, image processing, and speech recognition will greatly help humans who are impaired in faculties such as vision, speech or hearing.

Work: At the workplace, hyper personalization of service offerings based on a blend of AI, big data / machine learning analytics, and 3-D printing, would emerge. Google, Amazon and Nuance are encouraging customers to expect increasingly conversational interactions with machines that can produce human-like responses. Conversational bots would actively supplement the sales / service support or pre-sales teams by conversing with customers and effectively addressing their pain points. Virtual reality would greatly reduce the time taken for the design and architecture phases of new products, obviating the need for costly physical prototypes. Digital twins, which are the virtual entities modelled after real life entities such as corporate buildings or factories by the deployment of IoT devices and sensors over the physical entities can effectively and proactively manage the real entities.

Society: Emerging economies across the globe are taking large strides towards becoming “digital economies”. Customer expectations defined in developed markets are easily transferred and adopted in emerging markets, and vice versa. ‘Leapfrogging’ of technologies in many developing markets is leading to faster adoption of newer technologies.

This is an ‘algorithm-driven economy’ where all the output as well as all the demand for input would be forecasted in advance using digital technologies and an optimal mapping of the demand to the supply will be possible.

Technology can play a crucial role in a multitude of areas such as leveraging sensors to monitor the condition of crops, analytics for forecasting food supply, remote health diagnostics with the help of wearables and tele-medicine, innovations in agriculture and farming via drones and sensors, rural banking with the help of mobile device-based payment services, leveraging social media for crowdsourcing of ideas and formulation of policies, having a seamless network across government departments facilitating smooth handling of transactions from a single window.

‘Aadhaar’ is already transforming the lives of 1.25 billion Indian citizens. This platform is used for instant electronic authentication, transferring subsidies directly to beneficiaries’ accounts, digital payments and remittances, and various other service delivery systems, thereby enabling the nation to move towards a paperless and cashless economy.

Similarly, the blockchain technology can be effectively leveraged for keeping records or contracts of any type or form in a permanent and immutable mode, thereby, fostering a substantial trust-based economy.

In a nutshell, digital technology will engender a revolutionary transformation in the way people across the world lead their lives on a daily basis. Human behavioral patterns will also undergo a sea change due to omnipresent technology in their everyday life.

Every sphere of human life will be touched by digital technology enriching and enthusing men and women to perform to the best of their potential, providing them with a democratized playing field irrespective of their origins and backgrounds, and ultimately, catapulting them to the highest echelons of life.

(The author Gopikrishnan (Gopi) Konnanath is SVP and Service Offering Head – Enterprise Application Integration and Services, Infosys. In addition to his current role, he is the Development Center (DC) Head for the Mangalore DC, which has 4,000 people.)

Infosys to hire 1,000 American workers at its new Arizona Technology and Innovation Center

Tech-giant Infosys has entered into a strategic partnership with Amsterdam-headquartered ABN AMRO. Infosys believes that this partnership strengthens its position…