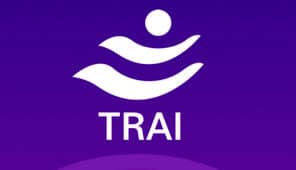 In an announcement released recently, India’s telecom regulator TRAI has invited public views on the calculation of spectrum charges for satellite-based services using systems installed in India under a special license category.

This follows the Department of Telecom (DoT) seeking TRAI’s recommendation on BSNL’s request to change the present method of levying spectrum charges on its satellite services as they are too expensive for subscribers. It has been understood that BSNL has been requesting to change the present methodology of spectrum charging from formula-based to Adjusted Gross Revenue (AGR)-based for provision.

The satellite phone service of BSNL caters to government departments. The company was given license under ‘sui generis’ category to meet the requirement of security forces on an urgent basis. BSNL established the satellite gateway (or hub) in Ghaziabad and launched the Global Satellite Phone (GSP) Service in May 2017. The license permits BSNL to provide all types of mobile satellite services.

According to the paper floated by the Telecom Regulatory Authority of India (Trai), BSNL had 3,448 satellite phone subscribers by the end of August 2018. TRAI has sought written comments on the consultation paper by October 31st and counter-comments by November 8th on the issues raised.