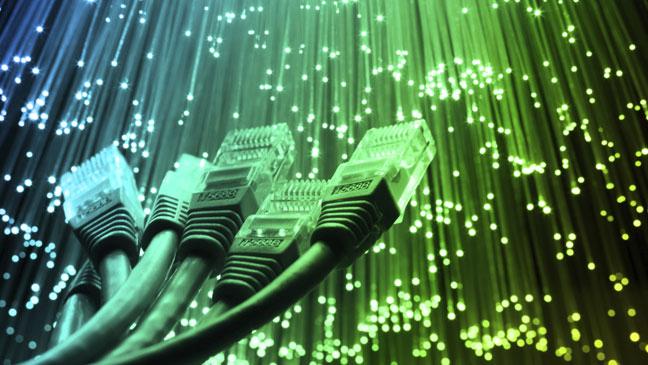 Having achieved its telecom dream, India now needs to start working towards providing unlimited bandwidth for its billion people. 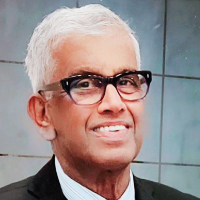 The year 2020 is a milestone in the history of telecom in India since it marks the silver jubilee anniversary of the first mobile call made in India by the then Chief Minister of West Bengal Jyoti Basu to India’s Telecom Minister Sukh Ram. In these 25 years, since 31 July 1995 when the first mobile call was made, the telecommunications sector has gone through a most exciting rollercoaster ride to bring about incredible transformation on several fronts – the national economy, socio-economic development and people’s way of living.

Shashi Tharoor aptly called it the “Mobile Miracle” and wrote in his inimitable style: “It is in communications that the transformation of India in recent years has been most dramatic; has accomplished what our socialist policies couldn’t – empower the less fortunate.” From the eight-year waiting list for landline telephones to versatile mobile telephones on demand, from basic voice calls on landline phones to broadband and multi-party video conferencing and rich interactive applications on 4G mobile phones; from monochrome displays to high definition video streaming; and from steeply charged incoming calls to unlimited data packs, the transformation of the sector has been most outstanding.

The introduction of 4G and uptake of affordable data services has transformed the telephony habits of the nation, making it internet-centric.

Having entered the Indian telecom sector even before the first mobile license was issued I had the great privilege of being involved throughout the incredible journey of this sector, from basic telecom to the evolved digital communications services. As the first CEO of one of the two first mobile licensees of Delhi – Sterling Cellular (a predecessor of Vodafone India) and having co-founded and served thereafter as the first Director-General of COAI for 12 years, I witnessed and participated in this epic tale of surmounting challenges and growth, to achieve the enviable slot of the second-largest number of mobile connections in the world.

It was the country’s first National Telecom Policy (NTP) in 1994, which flagged off the privatization and liberalization initiatives that kick started growth in the sector. However, in the initial years, while mobile telephony did commence in a small way as an elitist facility limited to the very affluent, there were also many growth pangs due to policy ambiguities that significantly stilted growth.

While NTP 1994 had ushered in privatization in telecom, it was NTP 1999 which completely transformed the telecom sector story in India, so much so, that explosive growth resulted from crashed tariffs which were possible because of the improved business viability. The tariff in the country has continued to decline since then, becoming one of the cheapest in the world. This was owing to the fact that there was more than adequate competition available, and hence the application of regulatory forbearance led the market to extract the optimum potential of the sector.

The formation of the Telecom Regulatory Authority of India (TRAI) in 1997 was another great milestone for the country. A very vivid memory of Reed Hundt, the then Chairman of USA’s Federal Communications Commission (FCC), comes to mind, as he had visited India a few months after TRAI was constituted under the chairmanship of Justice MS Sodhi. It was a proud moment for us when Hundt openly praised the new TRAI Act in a conference and wished that the USA could have similar legislation.

The regulatory framework was further strengthened by setting up a separate legal body called Telecom Disputes Settlement and Appellate Tribunal (TDSAT), which is unique in the world. This gives immense confidence to investors.

The entry of BSNL, the state-owned pan-India telecom operator, in 2000 was another significant development as the policy formulation arm (DoT) was now separated from the service provider arm. BSNL was corporatized with the objective to compete with private operators and was able to garner substantial market share in the first few years.

The WLL dynamics during 2000 to 2003 threatened to impact the progress of the sector once more, but the industry worked together with the government to resolve the issue amicably, and the sector continued to flourish till 2008 when the unjustified introduction of too many operators (the total at one time as many as 14!) bitterly fragmented the market and caused huge inefficiencies. Legal intervention then led to the cancellation of many licenses and thereafter, NTP 2012 introduced the process of an open and transparent method of allocating access spectrum through auctions, another momentous measure.

Adoption of innovative business models and a strategic long-term approach to the business; operational strategies including outsourcing of networks and other non-core components; focus on the prepaid segment, sharing of infrastructure; intensive and efficient use of spectrum; encouraging financial inclusion through m-banking; low distribution costs; etc. proved highly effective in proliferating mobile telephony services across all socio-economic strata of the country.

The last 3-4 years though have witnessed another era – that of the growth of broadband and the great data revolution. The introduction of 4G in the Indian market and the tremendous response and uptake of affordable data services further transformed the telephony habits of the nation, which has now become essentially internet-centric.

Amongst the several milestones and historic policy actions and reforms, the release of the National Digital Communications Policy in 2018 (NDCP 2018) is an extremely notable one. It is all-encompassing and chalks out a clear milestone-based roadmap for the sector ahead and represents a tectonic shift from all the previous editions of the telecom policies of the past. DoT had meticulously sculpted the policy through 12 specialist committees and consultations with all chambers of commerce, industry associations, and think tanks. It is a forward-looking policy which when implemented properly, will take India to where it rightfully belongs, being a truly digitally empowered nation.

The NDCP addresses the need to take the internet to every Indian and provide an enabling environment and policy ecosystem for all these cutting-edge technologies and entrepreneurship to grow and thrive. In fact, in the present grave scenario of the world having been affected by the COVID-19 pandemic, telecom/digital services have emerged as probably one of the most powerful tools to mitigate its adverse socio-economic effects. The NDCP 2018 presents us with a powerful arsenal to address the prevailing as well as current issues. The entire sector is eagerly awaiting the implementation of the policy to spur the nation to the next wave of digital transformation.

Multiple policy and relief measures introduced in the wake of the recent Covid19 outbreak, have led to adding strong impetus and focus on the areas of creating a robust domestic manufacturing eco-system; expediting strengthening of the country’s digital communications network competences; and creating an ambient environment for adoption and progressive work on new and advanced technologies such as artificial intelligence, internet of things, machine learning, big data, etc.

While NTP 1994 had ushered in privatization in telecom, it was NTP 1999 which completely transformed the telecom sector story in India.

Having had a grandstand view of the fruitful interplay of policymaking, regulation, and entrepreneurship in Indian telecom for over two and a half decades, and the creditable position achieved, India in the next decade can become a global powerhouse for technology and innovation. Digital communications can drive the country’s future like no other sector. But that destiny is neither automatic nor preordained. It will need a few bold and decisive steps by the government to build and layout the enabling framework and policies for it to make Digital India and broadband for all as real goals, while implementing the truly forward-looking NDCP in both letter and spirit.

In conclusion, it would be fitting to recall what the former President, late Dr. APJ Abdul Kalam had said in 2006: “Connectivity is the key to the transformation of a billion people into members of knowledge society… The major effort would be towards making unlimited bandwidth available on demand for a billion people.”

Today, while we are celebrating the twenty-fifth anniversary of mobile voice connectivity in India, we should also dedicate ourselves to, achievement at the earliest, of Dr. Kalam’s vision of “unlimited bandwidth on demand for a billion people”.

The author TV Ramachandran is President of Broadband India Forum

There has been a lot of talk around 5G. It is the balance with data…

India and the Connected World 2025

As part of its TLF Dialogue, Voice&Data is organizing a 3-series webinar to celebrate 25…