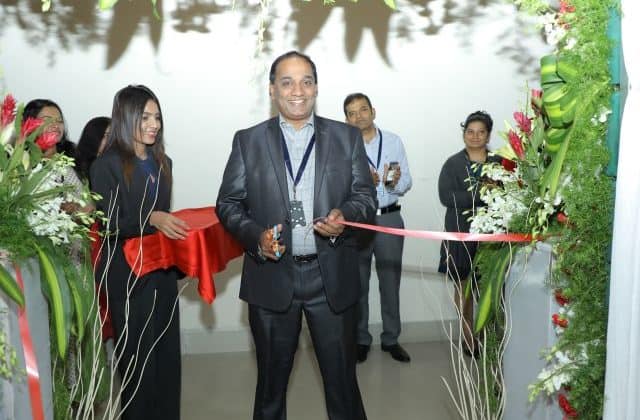 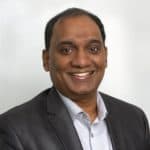 Voice&Data had an opportunity to interact with Xandr’s Chief Technology Officer Ben John at the inauguration. John is responsible for the company’s global technology organization, which includes overseeing its architecture, product development, and all other technological innovations, infrastructure and operations. The interaction with John reveals on Xandr’s plans in India and how the company has strategic goals to make a mark in the digital advertising industry.

Voice&Data: To get started can you describe why AT&T started Xandr?

Ben John: Xandr was launched in September 2018 following AT&T’s acquisition of AppNexus, a leading independent advertising platform with one of the largest programmatic marketplaces.

The companies’ combined assets provide the distribution, data, premium content, and technology to connect people with the brands and content most relevant to them in an engaging and effective way. Designed to be a new kind of advertising company, Xandr is on a mission to Make Advertising Matter.

Xandr is on a mission to Make Advertising Matter.

In just under a year since launch, we have already begun to execute on our mission through our recent launches of Community, our video-forward marketplace for advertisers, publishers, and consumers, and Xandr Invest, our omnichannel buying platform that gives simplified access to and tailored buying of premium, brand-safe content.

As we develop new products to meet the changing needs of advertisers, publishers and consumers, our premium advertising marketplace is continuing to make it easy for buyers to reach their target audience across screens, and at scale, and for sellers to achieve better yield by aggregating inventory with other premium publishers. 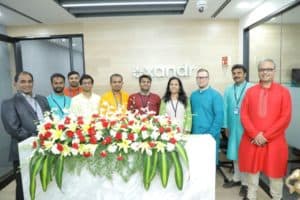 Voice&Data: Why was it important to inaugurate this office in Bangalore?

Ben John: With headquarters in New Delhi/NCR region, AT&T has operated from India for almost 30 years. As one of the world’s biggest tech hubs, it was a natural fit for AT&T to expand its offerings in the region through the opening of its Xandr division in Bangalore.

The goals of Xandr are all global, and we are committed to growing our presence around the world. We recently hired Pawankumar Sadarangani (Pawan), a natural technology leader with global experience and AdTech knowledge to oversee our Bangalore technology team.

The goals of Xandr are all global, and we are committed to growing our presence around the world.

Pawan and his team in India are part of a global technology team working together to build a premium advertising marketplace. We plan to hire top talent, including software engineers across all specializations as well as build our technical operations team to focus on database processes, systems operations, network engineering and cybersecurity. Each role we fill will support the expansion of our products and ultimately lead the convergence of linear TV and digital on a global scale.

Ben John: Whether it’s strictly digital platforms, mobile, or streaming services made available through over-the-top (OTT) platforms or connected TV, the evolution of the internet has continued to empower numerous new formats for advertising.

My team, comprised of over 600 technologists and engineers, recognizes this shift and is constantly building new solutions to deliver a unified platform for buyers and sellers across traditional TV, OTT, mobile, digital video, audio, native, and display.

Looking to the future, the emergence of 5G will likely revolutionize the entire advertising ecosystem. Bringing faster download and connection times, it will give marketers the ability to create new, more immersive ad units.

Looking to the future, the emergence of 5G will likely revolutionize the entire advertising ecosystem.

Voice&Data: How is the Indian market crafted for the uptake of digital marketing/advertising activities?

Ben John: The recent move towards a cashless, digital economy, has motivated internet penetration and smartphone adoption in India. As early as 2017, projections emerged that India had approximately 342 million Internet users and 220 million smartphone users, expected to grow four times through 2022.

Voice&Data: How is Xandr furthering its strategy in India?

Ben John: As an independent company under AT&T, Xandr will maintain our start up “innovator & disruptor” culture and values. A key part of this culture includes growing our regional teams by investing in the training and development of local workforces, as well as increasing opportunities for women and other under-represented groups in the technology industry.

Our new office in Bangalore, dedicated to hiring the best talent in engineering to further expand the reach of our industry-leading technology, has already proven to be an asset in maintaining this culture and will quickly contribute to our technology organization’s design, architecture and development of scalable distributed, big data, machine learning, micro web services systems and UI’s that power billions of ad impressions daily.

Our new office in Bangalore, dedicated to hiring the best talent in engineering to further expand the reach of our industry-leading technology, has already proven to be an asset in maintaining this culture

Voice&Data: How are smartphones aiding the activities of digital advertising in India?

Ben John: India is currently the leader in mobile data use globally, driven by video streaming and sharing, and smartphones are forecasted to become even more prevalent in India over the next few years. This makes India an exciting advertising market to be in, especially from a digital advertising perspective.

Voice&Data: What are the compelling ways to capture a customer’s interest in a product through smartphone as a medium?

Ben John: Mobile usage continues to grow as a key driver of programmatic advertising, and both users and publishers are trending toward in-app experiences. Even long-form video content is moving towards mobile with the continued phenomenon of cord-cutting. Beyond Connected TV, audiences are now watching television on their mobile devices.

Even long-form video content is moving towards mobile with the continued phenomenon of cord-cutting.

As users continue to migrate to mobile consumption, buyers and sellers will need to adapt alongside them. Some solutions such as Prebid Mobile, an open source solution that allows publishers to bring all the benefits of desktop header bidding into the in-app experience while accessing a large pool of quality advertisers, have already surfaced, however we can expect to see other solutions in the future, such as consolidation, to help capture the attention of consumers in such a fragmented space.

Voice&Data: How has the availability of Internet-enabled smart TVs and OTT services boosted digital advertising activities?

Ben John: Digital ad spending is forecasted to rise 17.1% to $327.28 billion in 2019, meaning that for the first time, digital will account for roughly half of the global ad market. As smart TVs and OTT services have become more popular, advertisers now have the opportunity to connect with audiences across multiple touch-points, and are increasingly looking for cross-screen solutions to connect with hard-to-reach audiences as digital, video, and TV converge.

As smart TVs and OTT services have become more popular, advertisers now have the opportunity to connect with audiences.

Xandr has already made strides in this area with Community, which is designed to combine the power of addressable TV with the precision and scale of digital. Its reach and frequency capabilities help target light TV-viewers, who have shifted away from traditional broadcast or cable TV and depend on smart TV/OTT services for content. While Community is currently available in the US, Xandr has global intentions with all of its products in the future.

Micro, Small, and Medium Enterprises – the worst affected by the impact of the pandemic…