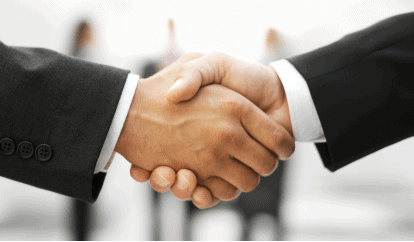 In a pink paper op-ed piece 10 years back, I had bemoaned the fact that the Indian telcos were in fear of under leveraging their ecosystem, and would be bought to their knees with their engineering-centric approach ‘we will build, and they will come’ model of telecom growth.

Ten years later VAS as a percentage of their revenues is still a small proportion. It is about 10%. It should have been 50% after more than 20 years of being at it! Even though voice transmission was expected to remain the cornerstone of wireless business, the growth rate of non-voice was expected to outpace it five-fold during the same period (Booz, Allen & Hamilton, 2004)! This has not happened in India at least.

Why is this so?

First, the shift from a market paradigm dominated by rapidly commoditizing products viz. voice-SMS (comfort zone) to a paradigm of multiplicity of data and other services (uncharted zone – where certainty of demand is uneven, though upside potentially significant) is not an easy one. Wireless carriers today need to make seismic not subtle changes in their mindset. Having engineering centric DNA has seen its sunset years. Nor is bringing in FMCG managers. Technocrats – with nimble and keen understanding of technology, and having done so within consumer businesses is the new right stuff.

Currently, revenues accrue from connection, whether it is time or volume-based fees. Companies charge consumers to access their greatest asset: their networks. Because revenues have thus far been derived from charging rent for use of networks, carriers have been embroiled in brutal competition on pricing, and network quality. This time could have been better spent on forging third party (renters) collaboration with third party partners to allow use of networks as a virtual distribution channel. This means closer integration and competition amongst spectrum owners, handset manufacturers, content owners, software vendors and application developers. For e.g. OTT/twice- over- OTT seem both a threat and opportunity. I look at it more as the latter. While OTT players have clearly benefited in round one. Telcos need not feel short-changed. That is indeed the lay of the land. Telcos and OTT today have become closely intertwined, where the latter can’t do without the telco, and vice versa. Innovative pricing, product features, bundling with ingenious revenue share arrangements are possible. I can think of several ways to extract monies from currently popular OTTs without upsetting the apple cart, and thus leading to enhanced revenues for both. This is based on the premise that telcos are not the only service providers which have had this problem. My experience in MediaTech has shown how to tackle similar dilemmas.

Broadcasters/Cable operators initially saw VOD start-ups such as Netflix, Youtube, Messaging Apps and such as threats and tried to firewall and wall-garden their organic offerings to their customer set. However, the industry belatedly realized that partnering is the way forward. Both take home revenue today. With some innovation telcos could also tap into traditional advertising income or some small transaction fee for mobile marketplace transaction activities. It’s a win-win for both stakeholders.

Second, the Indian consumer though price-sensitive, as one has seen in ample evidence in FMCG, airlines, taxi, ecommerce, cable and satellite markets is now quietly maturing and discerning in his consumption of premium services. Price wars are therefore not de jure anymore to build loyalty, reduce churn or grab new customers. ARPU maximization is a bogey in markets which have maxed out in having reached and crossed some minimal threshold of penetration e.g., India, Sri Lanka. Therefore, they will be confronted with the challenge of milking VAS and ‘other services’ to drive ebitda margins, and probably in the next few years more than 50% of their revenues have to perforce come from mobile data alone. For e.g., in Zimbabwe with penetration of 106% operators have introduced safe and convenient ways to transfer monies, as the next value driver.

Third, if indeed the killer app in the mobile world remains elusive, it is staring everyone right in the face! Operators need to focus on services and consumers, and less on what technology (WAP, 3G, 4G, LTE, etc) drives those services branded retail type products around concepts such as wireless payments (which could provide the next generation of top revenue drivers for operators, telco-bank combine, credit card companies, electronic payment infrastructure providers, merchants, wallet issuers. Linking with Aadhar and mobile, wallet and/or bank account) will all need to become key drivers. The market space is now attractive enough to allow for several players to come in and offer pan Indian financial and payments services. One way the business case would be buttressed is allowing Payments’ Banks to become the official distributors of direct benefit transfer (DBT) – both Central and State.

Yet, for all this to happen, two things must change. Firstly, a move from the traditional emphasis of a formal account in a regular bank to allow for a unique ‘virtual account’ (similar to a mobile wallet) linked to the Aadhar and mobile number. This virtual account, let’s call it ‘Account-in-the-Cloud’, will have simplified KYC/eKYC as per RBI norms. Secondly, cash out must be allowed using established private players (FMCG, retailers, fair price shops, telco retailer points, etc), to allow for network effects to kick in a la Tanzania with its 27,000 agents for a population of 37 million. With this, direct cash transfers, payments or remittances can be done directly into anybody’s aadhar-linked-mobile phone linked account-in-the cloud, to be redeemed at merchant points for purchases or cash out, via the established private payment outlets. Easypaisa from Telenor Pakistan and Tameer Microfinance Bank has now woven 50,000 small stores into a brand new fabric of financial services that help move Pakistan from a cash-based economy towards a position where the mainstream population can avail of financial services that better their lives.

Finally, the question of respect of copyright and intellectual property rights associated with content is imperative more so in the mobile space where in ambiguity lies cause for opportunism. The inability to partner is a manifestation of a cultural mindset — that third parties are lowly vendors, not respected allies. Whether they be lopsided revenue sharing arrangements, late payments, under billing, etc, these prevent development of a healthy and expanding spiral of innovation, products and content. Has one ever imagined why a handset manufacturer, or music company, telco or publishing or enterprise software company not been involved in the incubation and growth of an open platform e-store like i-store, e.books, i-tunes, android, etc? This is a manifestation of the risk averse and dog-in-the-manger approach of telcos. Today, they are desperately trying to play catch up and contest with start-ups and young cos to get competitive advantage.

This attitude makes negotiating with operators a zero sum game and poses a serious challenge to industry development.

Ultimately, spectrum owners must mentor, foster, incubate and collaborate with multiple and diverse third parties, to help develop, partner to sell data as shelf products that can be downloaded and then bought like any other boxed products! .

Probir Roy has co-founded Coruscant Tec & PayMate in the mobility space. PayMate processed over US$ 500 million worth transactions last year. He has been associated with the industry in the CIO, CTO and CEO capacities before turning an entrepreneur.

New SMS Regulations in Full Force from Today: Details Inside

After much speculation, deliberation, court cases, and drama, the new SMS regulations, also known as…

On 26th, TRAI released a list of defaulters as per the new SMS regulations enforced…