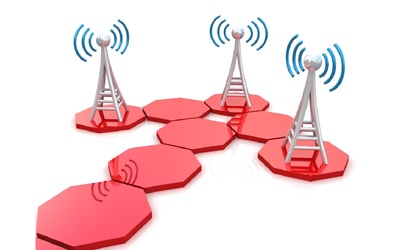 Who is faster? Flash from DC Comics or Quicksilver the superhero (sometimes an Avenger) from Marvel Comics. Well, one of the oldest “vs” debates from the times of Hercules doesn’t seem to end anytime soon. In fact, it’s now got a new modern twist with the entry of a new superhero into the argument—the South Korean internet, which many believe is the fastest of all.

South Korea had in May 2018 announced speeds of 2.5 gigabits per second. With it, the home of the fastest internet on the planet has become even insanely quicker. As a result, files in South Korea files are being downloaded in a split of seconds today—even before a user lifts his or her finger from their mobile screens. But you will be surprised to know that until 1999 South Korea did not have any broadband market. Its ICT sector started to grow in the early 90s—around the same time when Indian Telecom was liberalizing. And by 2001, Korea’s broadband penetration became the highest worldwide.

The revolutionary telecom journey of South Korea and India set off in the same era. And, today, several years down the line their achievements in respective telecom sectors are as different as chalk and cheese. Despite deafening noise around going digital and 5G, India hasn’t been able to achieve much. One of the reasons is our Government’s inability to address ground problems. There are solutions, though implementing them effectively remains a matter of concern. For example, there is Right of Way (RoW) policy that on paper looks great. However, implementing it is like waging a war against an army of Spartans. Our solutions are riddled with hurdles and lack of clarity often. As a result, local bodies are exploiting them.

South Korea’s successful high-speed internet story wouldn’t have been possible without its government’s remarkable efforts— its ability to understand and address real issues. India should also learn from South Korea and focus on resolving real problems instead of passing the buck. Introducing a telecom policy is not a solution for improving quality of service; implementing them effectively is.

Posted by: Gyanendra Rashali
View more posts
Tags:5G, ICT, Telecom
Still a Geek Among the Internet Superheroes 0 out of 5 based on 0 ratings. 0 user reviews.
OpenNebula Systems Announces the Availability of vOneCloud Version 3.2
Jio And SBI Collaborate To Deepen Digital Partnership