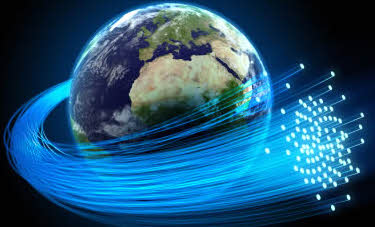 BharatNet would facilitate Broadband connectivity for over 600 million rural citizens of the country. This is the largest rural connectivity project of its kind in the world and is rightfully identified as the first pillar of the Digital India Programme. It will facilitate the delivery of various e-Services and applications including e-health, e-education, e-governance, and e-commerce.

To enable India’s transition into a digital economy and knowledge society large venture in infrastructure, both optical fibre cable and towers, for wireless transmission is required. The Government is committed to extending the reach of the mobile network to the remaining 60,000 remote and rural villages with support from the Universal Services Obligation Fund. In addition, investments are being made to lay optical fibre cable for high-speed broadband connectivity in rural areas. The following initiatives have been taken in the last year:

For the deeper digital penetration in rural areas, the Government has taken up BharatNet initiative to link each of the 2.5 lakh Gram Panchayats of India through Broadband optical fibre network. On its completion, BharatNet would facilitate Broadband connectivity for over 600 million rural citizens of the country. This is the largest rural connectivity project of its kind in the world and is rightfully identified as the first pillar of Digital India Programme. It will facilitate the delivery of various e-Services and applications including e-health, e-education, e-governance, and e-commerce.

Network for Left Wing Extremism area: Department of Telecom executed a project for providing Mobile Services in 2199 locations in Andhra Pradesh, Bihar, Chhattisgarh, Jharkhand, Maharashtra, Madhya Pradesh, Odisha, Telangana, Uttar Pradesh and West Bengal, which are affected by Left Wing Extremism (LWE). This large project was completed in a short period of 18 months and has brought connectivity to about 3000 villages and helped in the business of security forces.

Connecting the independent: The Government has approved a Comprehensive Telecom Development Plan for North East Region to be funded from Universal Service Obligation Fund (USOF). The total cost of the plan is Rs. 5,336.18 crore. This development will connect 8621 villages through the installation of 321 mobile tower sites.

New Delhi Even as the government promotes programme under Digital India, together with the use   of the internet, mobile internet access in rural India remains as low as 18%, a report published commonly by the Internet and Mobile Association of India (IAMAI) and KANTAR-IMRB said on Thursday.

The figure for metropolitan India stands at 59%.

Women in rural areas should be made more aware of Telephone Technology, mobile phone technology,Internet Technology and how it can help their routine life.

Despite sluggish pace in shipment volume of smartphone units, the Smartphone users will continue to rise in India. The number of Smartphone users in India is expected to grow by 15.6% to reach 337 million in 2018, according to the report. Surprisingly, it is the highest estimated growth rate posted by any country in the world. The key factors after this growth are the expansion in Smartphone usage and the requirements for more inexpensive Smartphone in metropolitan areas.

The figure of Smartphone users in India is approximate to hit 337 million by the end of 2018.

The figure of Smartphone users in India would reach 490.9 million by 2022.

Despite the growing trend, the Smartphone entrance in India will contact only 36.2% by the end of 2022. Consequently, India expose a big window of prospect window for all Smartphone OEMs at slightest for the next one decade

There is a vast prospect for Smartphone makers as 3/4th of 1.3 billion Indian people are yet to feel the Smartphone vibe. The competitively priced high-speed scheme have lured a lot of Indians to obtain their first Smartphone. The Smartphone access in India is bound to boost as it has become one of the most talented markets for the OEMs.Women in rural areas face socio-economic barriers in accessing mobile technology so we need to trained rural women& increase awareness about advantages of using the internet as well as managing the Wi-Fi hotspots and encourage them to use the internet. 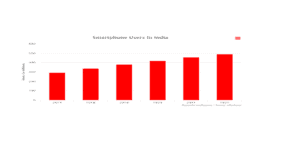 Still 50% users will have smartphones, huge opportunity for the OEM’s in India.

Huge disparity in urban and Rural India—still a long way to go in Rural India.

The internet usage in India is not that much, it has to go long, Internet access in Rural is near to the ground where still some 60000 villages left for mobile exposure, as far as wired broad we are way after, a project with Bharatnet may do some goods and optimistically by 2025 may as a minimum connect 50% of the villages. 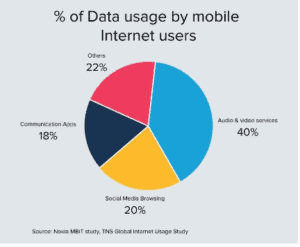 Data is being used for entertainment and social networking—still, a long way to go for informative usage.

The practice of the internet was for getting information at a quicker speed but unluckily the practice is done for incorrect things, the? is, is reporting more important or the speed from 3G/4G/5G, in my self-sufficient opinion it’s the coverage which is important once it’s done then furthermore things can be done on the internet, because the internet is nobodies dignitary property, it’s an idea which should be well utililized.

There is enormous prospective for the OEM’s India, and hopefully, for next 5 years this industry will increase. 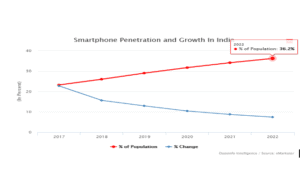