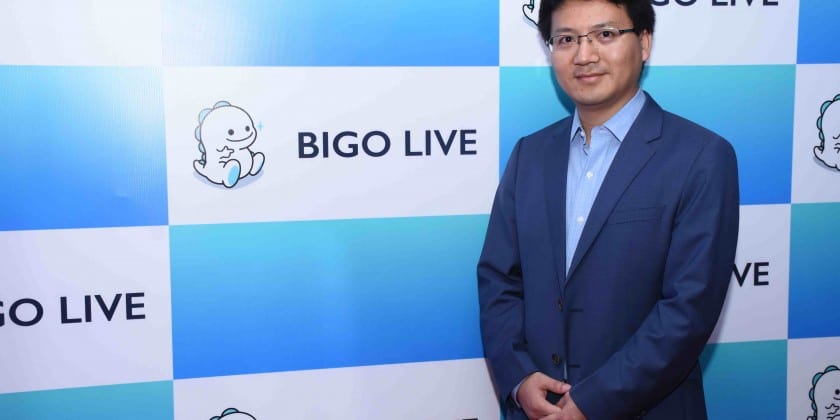 Bigo Technology is an Internet company based in Singapore focused on live broadcast and VoIP related product and services all over the world.

BIGO LIVE, through real-time interaction and video streaming, allows users to live broadcast their talent and connect with their fans and other talented broadcasters as well as follow interesting broadcasters. The company also announced the introduction of VLOG, a Video recording feature on its app at the India meet-up in Delhi. BIGO LIVE boasts of over 100 mn registered users globally.

BIGO allows users to watch live broadcasting anytime, anywhere and engage with the audience via live sessions. The platform gives a chance to live stream the performances, broadcast what you are good at and let people enjoy based on the core values of integrity, innovation, proactiveness and openness. The company plans to build a stage for dreamers to pursue their dreams, for people to make friends at home and abroad; and to build a platform where hobbies are aligned with careers, to record and share interesting moments with friends.

Talking on his maiden visit to India, Eric Liu, Senior Director, BIGO Technology, said, “We aim to build a BIGO community in the world by providing a platform for the young & fashion conscious to come together and share their interests. BIGO LIVE has attracted millions of social media-savvy millennials across the globe since its launch in March 2016. We already have strong presence in countries like Vietnam, Indonesia, Thailand, Russia, Middle East, Malaysia, America and we aspire to reach out to more countries in future. We are confident that our app will be able to capture the imagination of the young and trendy in India as well.”

Why are doctors obsessed with video-based healthcare branding?

These days doctor turned entrepreneurs – aka docpreneurs – are growing in number. The new…