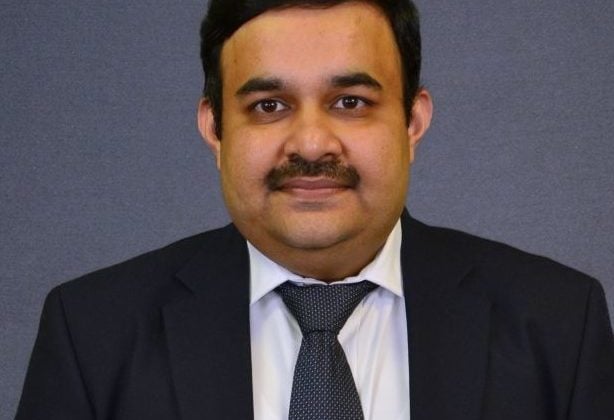 In the last week of February 2019, SignalChip did India proud by unveiling the country’s first semiconductor chips for 4G/LTE and 5G NR modems. Conversing with Himamshu Khasnis, Founder and CEO of SignalChip, a lot about the indigenous chips are revealed. A few excerpts:

Voice&Data: Signalchip takes pride to be the first Indian developer of semiconductor chips for 4G and 5G. Could you comment on how this was accomplished?

Himamshu Khasnis: Yes! At Signalchip we have developed a family of chips code-named ‘Agumbe’ for advanced wireless network technologies like 5G-NR, 4G-LTE and 3G-WCDMA. The SCBM34XX and SCRF34XX/45XX series of chips are the result of over eight years of relentless and deep R&D by our engineers.

The Agumbe series builds upon SCRF1401: India’s first RF transceiver chip for high-performance wireless standards like 3G/4G and WiFi, created by Signalchip in 2015.

While India has kept on par with the world on other strategic technologies like space, this is one field that has fallen through the crack, making India a technological slave of the rest of the world.

Voice&Data: How have these chips placed India’s telecom capabilities on a global platform?

Himamshu Khasnis: India is a major consumer of mobile phones in the world. In fact, Indians own nearly 1.2 billion phones, second only to China! Naturally, the cellular networks of India are also amongst the largest in the world. However, the core components of these systems have always been imported. There haven’t been many semiconductor companies in India. While India has kept on par with the world on other strategic technologies like space, this is one field that has fallen through the crack, making India a technological slave of the rest of the world.

Signalchip now has the potential to design products for multiple related fields and is currently forging ahead with additional chipsets for advanced 5G NR features.

Now, with the advent of smartphones and the socially connected era, the demand for data capacity of cellular networks worldwide has been increasing more than ever. Not only in India, but operators across the globe are also looking for smart solutions to provide value-added services to their customers at lower price points.

With the Agumbe chipset, we enable high performance and cost-efficient systems to enable densification of the network which in turn directly addresses the capacity problem. At SignalChip we have developed multiple core IPs, exceeding 250 in number, and have built what we believe is a world class product which helps not only in the import substitution of key component for India but also be an exporter/provider of key technology to the world. Through the IPs created for these devices, Signalchip now has the potential to design products for multiple related fields and is currently forging ahead with additional chipsets for advanced 5G NR features.

Voice&Data: As your products vouch for Made in India initiative, what is the significant advantage of manufacturing the chips in India and how are the end users going to benefit?

Himamshu Khasnis: The common man will benefit greatly with this innovation. Some benefits being – better connectivity, lesser call drops, and higher throughput. Also, by reducing the distance between the cellular base station and the phone, these chips can help in reducing the transmitted electromagnetic power from the cellphones. These devices can also be the central units of defense communication networks, disaster recovery units, and other strategic deployments.

As Telecom Secretary Aruna Sundararajan, noted and acknowledged, “India aspires to take a leadership role in developing inclusive 5G technologies for economic self-sufficiency and strategic needs of the country. These chips are a significant step in this direction as they have the potential to cater to the growing digital connectivity needs of the next 5 billion users, by enabling high performance mobile networks at lower cost.”

Voice&Data: It is believed that there is a security advantage with the making of chips/modems in India. Can you comment on this?

Himamshu Khasnis: From an Indian perspective, yes! Worldwide there has been a lot of focus on data security and sovereignty in recent days. You can clearly understand the significance of data security in any country’s security and economics in today’s world.

Banking, ticketing, governance, positioning, cabs, food … almost every system even in third world countries runs on data communication systems (at whose heart is the chip). It is imperative that a country as large as India takes controls of its own data and the systems that handle its data.

Also, most new defense programs in the advanced countries are handled at the semiconductor level. While with the Make in India initiatives, there has been emphasis laid on bringing more and more control into India, the capability to design its own SoCs takes such an effort to a whole new level.

Another important application of our chips is in the creation of ad-hoc cellular networks in a very short time, minutes.

Now that we have control at the core level security, we can focus on fortification and extreme customization. Also, most of the new defense communication systems are based on LTE or its variants. Signalchip owns patents on the IPs that enable layer 1 security and we can provide our customers with air interface security on customized solutions. Another important application of our chips is in the creation of ad-hoc cellular networks in a very short time, minutes. Signalchip’s Augmbe chips enable technology to instantaneously create vehicle mounted or even a man pack based cellular base stations very effectively.

Voice&Data: Would consumers have a cost advantage with the indigenous development of the chips?

Himamshu Khasnis: Definitely! We see both a direct and indirect reduction in cost to the end user. First, the optimality and high performance-to-cost ratio of the Agumbe chipset will significantly reduce the burden on operators when they try to reduce the cell size.

Systems using this chipset require very few external components and hence will boost the densification of the network. We believe this will lead to the ability to provide higher data rates at lower prices to consumers. These chips have the potential to cater to the growing digital connectivity needs of the next 5 billion users, by enabling high-performance mobile networks at lower cost.

Voice&Data: What kind of support has the Government of India rendered to enable the making of these indigenous chips?

Himamshu Khasnis: There is good awareness about the importance of fabless semiconductors and electronics industry in government circles. Central and several states have launched different schemes to attract these companies. A fabless semiconductor has a long gestation period and is a very high-risk business. While some of the schemes are still taking shape, the recognition of in-house R&D by Department of Science and Technology, customs exemption provided by STPI/Meity, reimbursement of patent application costs by State Govt etc. are already helping. DoT has been heavily focused on the development of 5G capability in India and we hope to see some help from there as well. Recently startup definition has been extended until 10 years. For the fabless semiconductor industry, this should be extended further.

Voice&Data: How would these chips be a significant advantage to India’s network service providers?

Himamshu Khasnis: One of the recent surveys shows that the Indian operators have the highest pressure to meet their costs since the price per GB of data is the lowest in India compared to rest of the world. As I mentioned earlier, we believe that the Agumbe chips enable the highest performance-to-cost ratios and extremely low bill of materials (in fact the PCB of the reference system has the bare minimum four layers!). Moreover, being completely based out of India, they can expect much better technical support, right at the designer level.

Sridhar Vembu has been instrumental in the success of Signalchip.

Voice&Data: Signalchip is backed by Zoho’s Sridhar Vembu and IIT-M. How is this support important for the development of your products?

Himamshu Khasnis: Sridhar Vembu has been instrumental in the success of Signalchip. His association with Signalchip was born out of a common yearning to build world-class technologies from India and catering to the world. His persistence and commitment have been beyond compare. He stood by the Signalchip team especially when the audacity of the goal scared most of the other investors away.

The company was also guided by an elite set of professors at IIT Madras in the field of complex analog/RF design. Prof S. Aniruddhan from University of Washington, was highly involved in mentoring the young RF team.

Now that people know about us, we expect to meet more capable and like-minded people: fresh and experienced.

Himamshu Khasnis: On the product side, we are going ahead full steam with optimal solutions for the emerging 5G-NR standards, massive MIMO and so on. Efforts to join hands with IITs on the 5G testbed project are going on as well. Also, providing world-class customer support on the existing product portfolio itself is an immediate goal which requires a lot of human and financial capital. Global business/marketing presence is another immediate task. All these require us to scale up. However, this will be a bit of an effort since we have always believed in organic growth with an ideological overlap. But it’s a large country and now that people know about us, we expect to meet more capable and like-minded people: fresh and experienced.