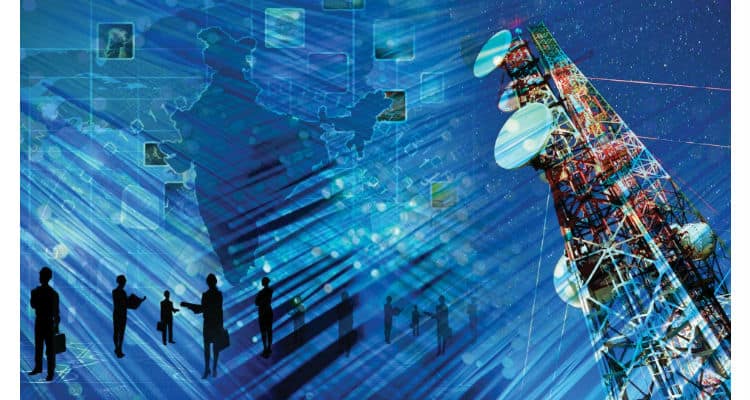 No roller coaster ride can match the dizzying pace, the highs, the lows, and the twists and turns of the telecom services sector in India. The advent of mobile telephony and the private sector into telecom in the country set off a chain of events that made history and re-scripted the future of India.

The start of the journey, like any roller coaster ride, was beguilingly slow. Against the backdrop of economic liberalization initiated by the then Narasimha Rao Government, NTP 1994 introduced mobile telephony and opened the gates to the private sector with two operators in each circle. However, NTP 1994 belied expectations and did not exactly set the Ganges on fire.

Services were expensive and handsets were unaffordable, except for the rich. Consequently, uptake was low and penetration was minimal and largely confined to urban areas. Worse, the operators who succeeded in obtaining licenses through a fiercely competitive bid process discovered that they had grossly misread the market, bid way too high, and were afflicted by the winners’ curse.

They mounted pressure on the government to revise the contracts. These pleas were backed by International Financial Institutions like the WB and IFC. Soon, the Government too realized that the policy had become a constraint rather than an enabler and began looking for new solutions.

The high and the low
After a protracted and tortuous re-assessment, the Vajpayee Government came up with NTP 1999, which brought in a paradigm of revenue sharing instead of upfront payments and introduced two more mobile operators in each circle, including the state-owned BSNL. The momentum started picking up thereafter, as the operators began to understand the market better and were able to tailor their offerings accordingly, using the flexibility that the revenue sharing regime gave them.

Still, growth was not quite meteoric. Unified Access Services License (UASL) was introduced in 2003–04, which enabled operators to offer landline, mobile, and a range of other services through a single license. The spread of mobile telephony in the country gathered greater momentum thereafter and by 2008, the country had nearly 300 million mobile subscribers.

Then came the dramatic and hugely controversial expansion of 2008 when 122 new licenses were issued across 22 circles. The number of operators in each circle ballooned to an unimaginable 12–16. Cut-throat competition ensued. Telecom rates that were already the lowest in the world dropped to one-third of the earlier prevailing levels and became affordable for even low-income earners, including those in rural areas.

Coverage grew by leaps and bounds and in just 3–4 years and subscriptions trebled to 900 million. Meanwhile, the political, economic, and business ramifications of the unbridled expansion were playing out. Relentless legislative (including PAC and JPC), media, and judicial scrutiny culminated in two epochal events.

The first was the CAG report of 2010, which identified losses to the exchequer caused by the issuance of 122 licenses with bundled spectrum at administered prices. The loss was estimated at a mind-boggling Rs 1.76 lakh crore. Then came the Supreme Court judgement of 2012, which cancelled the entire set of 122 licenses issued in 2008.

Seeds of Digital India
Steering the sector during those turbulent years was incredibly challenging. A new policy was needed so that changes could be driven by an elevating vision rather than as a mere remedial therapy. A triad of policies covering telecom, IT, and electronics was unveiled in 2012 offering an integrated view of the emerging digital future and what was needed to enable it.

The mobile device was positioned as an instrument of mass empowerment providing access to services, employment, entertainment and much more. Integration of mobile telephony with financial services and the banking sector was another path-breaking leap that has its roots in that period.

The seemingly impossible task of steering the sector to calmer waters was facilitated by presenting an enticing future and a road map to get there. At this distance of time, it is hard to imagine the challenge then of navigating a path to a new and exciting future amidst the looming threats of international arbitration, media warfare, judicial involvement and political churn. Aadhaar created a digital identity for every resident.

Direct Benefit Transfer brought together governance, banking, telecom, and IT on a mega scale. UPI enabled the integration of digital financial services across the entire financial sector.

These developments enabled India to become a creator rather than a follower of global best practices. More importantly, they lifted telecom from being merely a convenient mode of communication to becoming the bloodstream of modern India.

Financial pressures grow
The en bloc cancellation of the 122 licenses by the Supreme Court in 2012 triggered an industry wide consolidation across the sector. Many of the new companies, which were perhaps, focused more on the subscribers and valuations than sound business plans, folded and merged into larger companies.

However, the competitive environment still did not permit tariffs to be raised or companies to achieve healthy balance sheets. More importantly, from a subscriber perspective, investment in infrastructure could not keep pace with growth of subscribers and usage, and quality of service dropped.

At the same time, heightened awareness of the health hazards posed by proximity to telecom towers made it difficult for telcos to find sites for installation of base stations.

All these developments led to a decline in service quality, notwithstanding the fact that the number of subscribers had plateaued, having reached near saturation levels. Policy consolidation accompanied industry consolidation during this period. Policies allowing spectrum sharing and trading cleared the decks for business consolidation and more efficient use of spectrum.

Unified License replaced UASL and allowed operators to offer nearly all services through a single, integrated and nominally priced license. Bundled spectrum was no longer a part of the license and so, much of the exclusivity and contentiousness relating to licensing was removed.

Despite industry consolidation and policy enablement, telecom service providers were unable to find a path to financial health. The entry of Jio added a whole new dimension to the industry dynamic. Unburdened by legacy investments in 2G and 3G, a direct entry with 4G using newer, more cost-effective LTE technologies and equipment, and bolstered by substantial investments in content, Jio disrupted the market, made the huge variation between voice and data pricing untenable and overall added to the business pressure that incumbents were already under.

The consumer benefitted, even though extension of coverage to rural areas and augmentation of infrastructure in urban areas still lagged. The coverage problem was compounded by the failure of USOF to bring the same speed into expansion of coverage into uneconomic areas due to financial constraints, process bottlenecks and inability to enforce contracts.

The Modi Government’s visionary Digital India program and the huge thrust on digital services, especially DBT and digital financial services, combined with rising rural demand for audio and video content have already made India the world’s highest per capita data consumer. India is also one of the highest-ranked in terms of percentage of mobile Internet users with rapidly rising smart phone usage.

The National Digital Communications Policy (NDCP) of 2018 lays the foundation and sets the direction for the next phase of industry growth. A key sentence in the Policy has not attracted as much attention as I thought it would.

The Policy says: “Accordingly, this policy aims for Universal Coverage rather than revenue maximization.” Universal coverage logically subsumes affordability. Past policies had always prioritized universal coverage/ affordability on the one hand and revenue maximization on the other, without indicating which was the overriding goal. This deliberate ambiguity lies at the heart of many of the ills of the past.

In need of intervention again
At the end of 2019, the sector is once again at the crossroads. The October 2019 Supreme Court judgment on AGR, coming after 15 years of litigation and at a time when the industry was just about coping with the cumulative impact of past crises, threatens to put at least one of the four remaining operators out of business and seriously impacts the balance sheet of another.

BSNL/MTNL have well-known and obvious limitations on their competitive capability. The dramatic and possibly serious erosion of competition in the sector bodes ill for the consumer.

The government has sought to soften the blow by deferring spectrum payment by two years (subject to interest payment). At this point, it appears that this measure, in conjunction with the 30–40% tariff hike that has recently been announced by all the private operators may enable the older ones at best, to stay afloat.

However, restoration of their financial health to the extent necessary for enabling massive fresh investments needed for enhancing infrastructure, upgrading to 5G, and purchasing 5G spectrum at auctions that are around the corner seems a distant hope.

Competition between financially fit service providers is necessary for safeguarding consumer interest while achieving universal coverage and modernization, the stated goals of NDCP. In other words, the industry is once again facing a 1999 moment. Political courage is needed to nurture the sector back to health with well-thought out interventions, as was done by the Vajpayee Government then. Nothing less can achieve the dreams of NDCP and Digital India.

The telecom sector has made us proud. It delivered the fastest growth ever in human history and has brought us to the doorstep of universal coverage. It has given us one of the lowest rates of usage anywhere in the world, despite there being no new underlying technological innovation. Let us take pride in all these achievements and savor those successes while dealing with some of the aberrations of the past and more importantly, laying the foundation for an even more exciting future that await us.

There is a tantalizingly attractive digital future beckoning us. We have all the ingredients to achieve the trillion-dollar digital economy by 2024: a vibrant IT sector with demonstrated world-dominating (not just world-class) capability, a remarkably innovative startup eco-system that is growing at an explosive pace, the highest per capita digital consumption in the world, near universal mobile coverage with a rapidly rising percentage of smart phones, and a host of intractable economic and social problems that are amenable to breakthrough disruptive solutions using new technologies like AI, big data, and IoT.

But, to realize the dream, we need to ensure regulatory and policy interventions in telecom based on a single-minded pursuit of that lofty vision. That is the challenge of the coming decade.

— The author is former President of NASSCOM, Secretary of IT and DoT, Government of India.