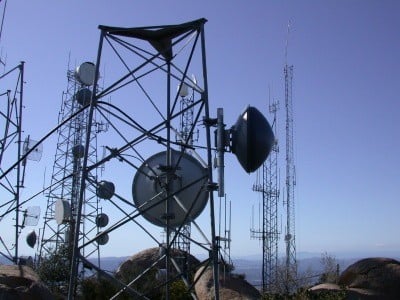 The first phase of liberalisation in telephone service started with issue of two licenses for cellular mobile telephone service to private companies, in each of the four metro cities of Delhi, Mumbai, Calcutta and Chennai, in November 1994, in line with the National Telecom Policy (NTP)-1994.

Voice & Data, which started its publication shortly thereafter, has seen the growth, as well as the challenges, faced by Indian telecom sector since its liberalisation. An attempt has been made to bring out salient issues in the paragraphs below.

Even the global experience about mobile telephone services was not very large. All these factors resulted in extremely optimistic estimation of revenues from mobile telephone services, which made these companies to bid very high amounts for these licences in different parts of the country, when bids were called for different services areas, after the grant of licences in four metro cities.

The disproportionately high bids for telecom licences, high tariffs for mobile telephone services (compared to the general purchasing power in India) resulted in much lower uptake and growth of services, bringing very low revenues for operators. Towards the end of 1997 and early 1998, the mobile telephone sector was in a serious economic condition, banks who had provided loans to telecom companies, were apprehensive of these loans getting repaid. Hence, the banks as well as the telecom operating companies approached the government for a suitable relief to the sector for its viability.

An Empowered Group was set up in the then Prime Minister’s Office (PMO), which after detailed deliberations, recommended licence fee in the form of ‘Revenue Share’, which was unique to telecom sector globally then. The government at that time boldly accepted the same. Thus, NTP-99 and revenue share came into being, which provided big relief to private operators. The government mantra at that time was to remove all impediments in the growth of telephone services.

All litigation between the operators and government, as well as between different operators, were amicably resolved or withdrawn along with this sector friendly approach by the government. Coupled with this, the 2003 decision by telecom Regulator for Calling Party Pays (CPP) provided a big fillip to the growth of telecom sector. This facilitating role of the government (policy) and regulator encouraged the operators to adopt various innovative approaches for taking the services to masses.

The cost of handsets had also come down considerably and entry level handsets became available within USD 40. The low value recharge vouchers for prepaid customers allowed various artisans and small vendors to maintain contact with their customers and enhance their earnings.

In addition, it allowed them to keep in touch with their families despite being mobile throughout the day.
Another major issue during this initial phase was that the government–Department of Telecom (DoT)—had all three functions of policy making, regulation and operation, which was seen by private operators as conflict of interest. Gradually, an independent telecom regulator was created and the telecom operational part of DoT was also separated (as a government company) and kept at arm’s length.

Telecom and computers
The two, telecom and computers, have been complimenting each other’s growth. Gradual miniaturisation of computing devices has helped reduce the size of telecom handsets and infrastructure, while growth of telecom services allowed economy of scale to play its role and bring down cost of handsets. The growth of telecom services helped in faster development of new software and IT enabled services.

The period between 2003 and 2007 can be considered as the golden period of Indian telecom sector. There was a healthy growth of subscribers and the Indian telecom network became the second largest globally, by subscriber numbers. The telecom and information technology (IT) sectors together helped put India very boldly on the global map during this period.

All countries – developed and developing — were wondering how India could achieve such a stupendous and unimaginable growth, despite very low tariffs. But for the crucial role played by private telecom sector, getting a phone would have remained a dream for the common man in India. Also, the government might have been required to invest heavily—to the tune of more than Rs 5 trillion, to bring telephone services to its present level.

This growth indicated that there was a large latent demand for telecom services, once these services were within reach of the common man’s affordability. Larger growth with further reduction in handset costs as well as tariffs brought home the large price sensitivity of the Indian market, in general. Telecom services in rural areas also grew substantially, as the rural people found the utility of these services. Maintenance of landline telecom services in rural areas has been costly, while maintenance of mobile (wireless) services required much lesser efforts and costs.

Mobile telephone services have brought about tremendous empowerment to the common people in India. With more than 750 million Indian citizens connected through mobile phones, it has been possible for the government to reach out and deliver benefits to the citizens much faster and directly in a cost-effective manner.

During 2008-2009, the number of private operators became somewhat too large and unviable. Also, some of the methods for implementation of the policy at that time did not appear to be fully fair to the sector. These resulted in various issues being raised by CAG in its report, which were followed by CVC and other concerned agencies of the government. The telecom sector and many associated people went through turmoil.

Auctioning the spectrum
The first auction of RF spectrum for 3G services in 2010 and auction design for the same, availability of very small amount of spectrum for auction resulted in disproportionately high bids for the limited amount of spectrum. Stipulation that bid amounts for this auction would be the basis for ‘Reserve Price’ for next auction, forced the operators to pay disproportionately large amounts.

This resulted in very high amount of debt for the sector and the private telecom operators were left with inadequate amount of funds for investing in network infrastructure, to provide good quality service. Even government-owned companies—BSNL and MTNL—have been facing tremendous amount of difficulty.

In parallel, Indian government has laid out an ambitious program for taking telecom / internet broadband services to all nooks and corners of the country and made available substantial amount of funds for the same. However, the roll-out has been much slower than planned and the Broadband Plan is almost in the similar situation as the mobile telephony services were, in the beginning of this century.

A suitable facilitating role by the government (policy) and regulator for the broadband is essential, along with involving the private players fully to play their rightful role in this significant project of national importance.

As and when the terrestrial media—OFC and the terrestrial wireless services—reach certain area, the satellite capacity for those areas can augment facilities in other areas, besides being a standby in case of any disruption of terrestrial services.

Satellite services also play a crucial role for highly important sectors in far off areas, as well as for strategic operations. With modern developments in satellite technology, coupled with government’s facilitating role, the cost of satellite services can reduce substantially, similar to what was seen in the case of mobile telephone services during early part of this century.

Hence, the government needs to take a fresh and compassionate view of this important sector. The facilitating role of the government, Department of Space and DoT together and the regulator, to encourage the private telecom and satellite operators to adopt various innovative approaches for enhancing connectivity and play their rightful role in this nation building endeavour, is required once again.

— The author is former Wireless Adviser to the Government of India.

Global IT and Telecom Predictions for 2020 (and beyond)

As announced during the Interim Budget for 2019, mobile data consumption has grown by 50…