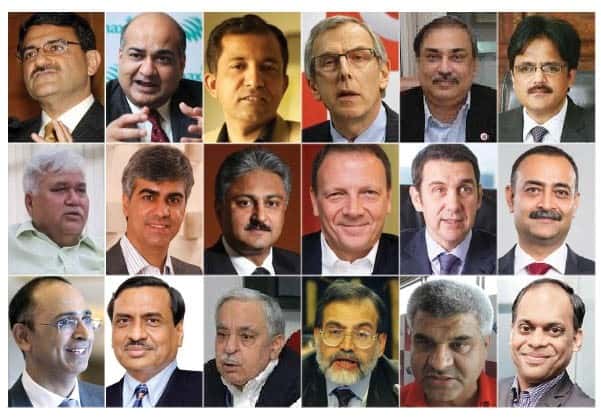 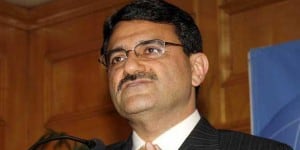 This Bharti Airtel veteran and old guard finally bid adieu to the group after being associated with it for 15 happening years. He last served as managing director at Bharti Enterprises after moving out of all roles relating to the group’s telecom business earlier. Kohli is widely recognized as one of the key architects of Airtel’s growth in India during the period 2002 through 2010, when he moved to head the telco’s international business, comprising mainly Africa. Interestingly, a few months after exiting the Bharti Group, Kohli joined renewable energy company SBG Cleantech, which too is a three-way joint venture involving Bharti Enterprises, apart from Japan’s SoftBank and Taiwan’s Foxconn Technology Group. His association with Bharti, though indirect, thus continues. 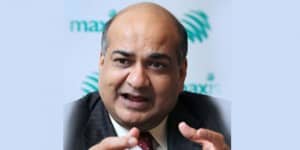 The erstwhile Maxis Berhad executive, who had joined Mukesh Ambani-led Reliance Jio Infocomm in May 2013 as managing director, moved out of the role in January this year to mentor the Reliance Retail arm into developing a 4G ecosystem for RJio. Later, in October, he move out of the group altogether and reportedly joined the research and advisory firm Analysys Mason in a senior advisory role. 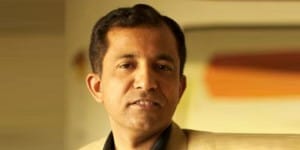 After serving at Reliance Jio for two-and-a-half years, first as its CIO and later in a business role as president of the company’s enterprise business, Chowdhury stepped out to pursue entrepreneurial interests. He founded Gaia Smart Cities, which is designed to become a full service and M2M solutions provider, among other things. Earlier, he had also served at IBM as a V-P and partner and at Reliance Communications as CIO. 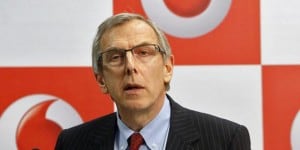 The only telecom CEO to have seen his company through all the spectrum auctions held in India, Maren Pieters completed his illustrious career at Vodafone India and handed over the baton to the new CEO in April. A month later, he also ended his one-year tenure as the chairman of Cellular Operators Association of India. Pieters is credited with driving Vodafone’s revenue and subscriber growth in India as the second-largest mobile service provider after Airtel. He serves as a professional board member at Vodafone now in London. 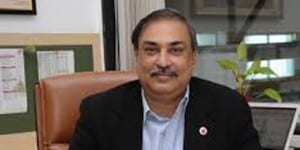 The IIT Delhi and IIM Kolkata alumni become the first Indian to helm the affairs at Vodafone India as its CEO. Sunil Sood has been with Vodafone India for 15 long years, where he joined from the Hutchison business that was taken over by Vodafone. He is seen as someone who rose through the ranks and knows the company inside out. Before becoming the CEO, he served the company as its COO and previously led the operations in Gujarat, Chennai and Kolkata. 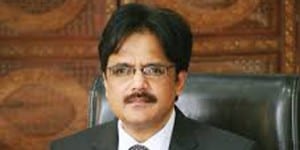 Even though he was scheduled to become the CMD of state-run BSNL from May 2013, an extension of his predecessor’s term followed by a change of government at the center delayed the process by more than one-and-a-half year. Anupam Srivastava took charge of the top office only in January 2015. After his appointment, Srivastava has reportedly said his focus would be to turn the company around into profitability and also work with the government to provide affordable broadband connectivity for the masses. He continues to hold the additional charge of director for consumer mobility. 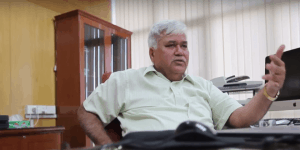 The technology-savvy 1978 batch IAS officer of Jharkhand cadre was selected by the government to become chairman of Telecom Regulatory Authority of India (TRAI) from among more than 70 applicants who were reportedly vying for the post. He is credited with successfully driving the Unique Identification Authority of India program as its director-general and mission director. In his current role, he has already pressed ahead with guidelines on the issue of call drops. Operators would be required to compensate subscribers at the rate of Re 1 per call drop with the number of dropped calls to be capped at three per day. 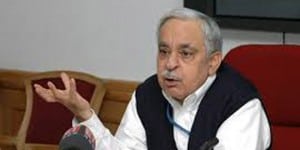 It was during the fag end of his tenure as chairman that Rahul Khullar had to brave a controversy raging around net neutrality after TRAI under him invited comments on a consultation paper titled Regulatory Framework for OTT Services. The consultation paper evoked wrath of internet users who were already resenting against access offerings like Facebook Internet.org and Airtel Zero. TRAI received around a million e-mails on the issue, mostly in support of net neutrality and hence opposing any move to regulate how internet is accessed. Known to be outspoken, during his tenure, Khullar reportedly made recommendations to the government on as many as 34 issues, including topics such as spectrum pricing. 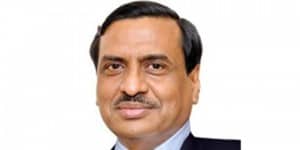 Narendra Kumar Yadav was appointed chairman and managing director of the loss making MTNL in June. After taking up the CMD role, one of his focus areas is to be reportedly increase revenues by converting existing fixed-line connections to broadband connections. However, while he would be working to revive the state-run telco’s fortunes and make it profitable, the task is likely to prove difficult, given that MTNL’s operational areas are limited to Delhi and Mumbai, where competitive broadband offerings from various private-sector telcos abound. 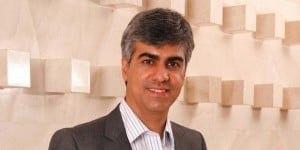 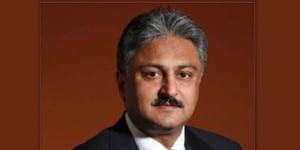 In what could at the least be termed as an unhappy turn of events, the ex-Airtel India CEO had to live with an unceremonious exit from the home-grown handsets major Micromax, 16 months after he had joined the company as its chairman. The exit in August came amidst reports that China’s Alibaba group company Alipay had evinced an interest for 25 percent stake in Micromax. However, as noted earlier (see write-up on Micromax), Alipay was reportedly reconsidering the investment. 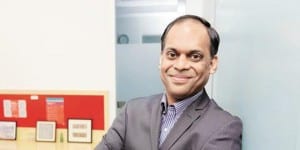 Widely credited with creating a new centralized IT structure at Vodafone India, Anthony Thomas called it a day after serving the company for close to three-and-a-half years as its CIO. He led a team of about 2,500 IT resources from Vodafone and partners to drive business transformation through innovative programs and to run operations across all 22 circles. From Vodafone, Thomas has moved out of the telecom industry altogether and has joined GE as CIO, South Asia. 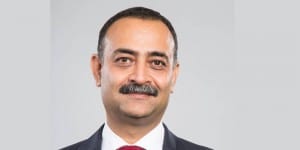 Indus Towers’ chief operating officer Bimal Dayal was elevated to CEO-designate in October, as per a company announcement. He would take over from the current CEO BS Shantharaju who is due to retire on March 31, 2016. An industry veteran with a very wide experience that encompasses running Ericsson Telecommunications Lanka operations as country manager and MD, among several others, Dayal is currently transitioning to lead Indus after Shantharaju. 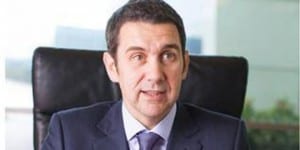 Having served for more than two years as head of India region, Chris Houghton was named head of a strategically important north east Asia region at Ericsson, effective August 1. He also remains a member of the company’s global leadership team. In his new role, Houghton succeeds Jan Signell who Ericsson said left to pursue other opportunities. 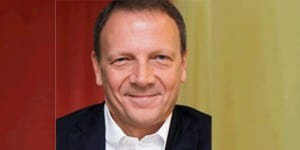 The erstwhile global head of Ericsson’s consulting and systems integration business was appointed head of the India region, effective September 1. In this new role, according to an Ericsson release, Colella also takes a seat on Ericsson’s global leadership team, reporting to the chairman of India region and senior vice president – Asia-Pacific, Mats H Olsson. Colella succeeds Chris Houghton, who assumed the role of head of north east Asia region. 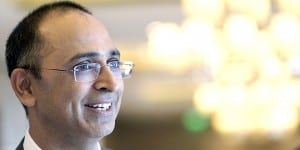 About seven months after Nokia announced the acquisition of Alcatel-Lucent, Nokia’s current head of India operations Sandeep Girotra is named the head of the combined entity in India.  Girotra joined Nokia Networks in 1996 and has held a number of different roles in India. He has headed the region since 2011. 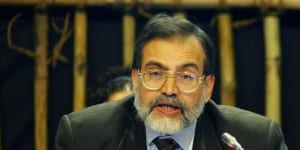 MF Farooqui, who retired as chairman of Telecom Commission and  secretary – DoT in June this year is named chairman of Broadband India Forum (BIF). He replaces Shyamal Ghosh, also a former telecom secretary who has been made chairman emeritus of BIF. Farooqui said his focus would be to promote content developers and bring all broadband technology players on board to support Digital India initiative.

After an about six-year stint at Sistema Shyam, much of which was in the CTO role, Ashwini Khillan moved to American Tower Corp. as its COO for India operations. Notably, before joining  Sistema as director – networks too, Khillan had served at American Tower as V-P – operations.