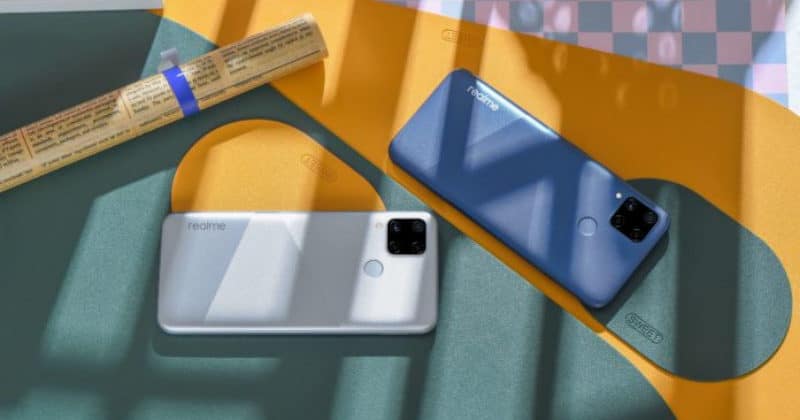 Realme has launched a new variant of its existing realme C15 – the realme C15 Qualcomm Edition, powered by the Qualcomm Snapdragon 460 processor. It also brings along the exciting features of the amazing realme C15.

Commenting on the launch, Nidhi Bhatia, Product Manager, realme India, said, “The realme C-series has been well received by our customers across the globe.

We have already sold over 1.5 million units of our highly successful realme C series in India during realme festive days from 15th October to 21st October this year. Earlier this year, we redefined the realme C series keeping in mind the diversified requirement from entry-level smartphone users post-GST hike.

We launched the realme C15 earlier this year in August and saw a tremendous response for it. To meet the growing demand from our customers and to offer our customers an exciting new product this festive season, we are now pleased to launch realme C15 Qualcomm Edition.”

The realme C15 Qualcomm Edition powered by Qualcomm Snapdragon 460 processor comes with an 18W fast charger, which can charge the smartphone from 0%-25% of 6000mAh in 30 minutes.

It is an eight-core processor that adopts a combination of 4 CortexA73 and 4 CortexA53 structure, making it very high on performance in its category. It integrates the Adreno 610 GPU to give users a smooth gaming experience. It also has an 11nm process technology making it more power-efficient.

Compared to other phones in this segment, the benchmark score of realme C15 Qualcomm edition goes even higher than the previous generation.

The realme C15 Qualcomm edition will be available in 2 variants powered by the LPDDR4X RAM. Compared with LPDDR3, graphic performance is improved by 20% and RAM performance by 100%

It’s 4x zoom feature enables users to capture a clear shot, even from a distance. In addition, the realme C15 Qualcomm Edition also supports PDAF that makes the focus more rapid and precise.

Nightscape Mode: the nightscape mode makes the realme C15 Qualcomm Edition one of the best night-shooters in this price segment.

The algorithm of nightscape mode takes several photos in different exposures, eventually picking up the best parts from each shot and combining them to provide a result that is much brighter and clearer.

The internal structures of the screens adopt the newly upgraded stack process, which, based on guaranteeing functions, creatively draws the parts and components closer to each other reducing the area of droplets by 30.9% and bringing the screen to body ratio up to 88.7%.

realme has applied Geometric Gradient Design for the realme C15 Qualcomm Edition. The trapezoid on the back cover of the smartphones divides it into three areas with different angles of lines, each bringing out a different color gradient.

As the view angle changes, the color and light in every area also change. This geometric gradient design achieves a visual effect that is both subtle and unique, making it an exceptional feature in the entry-level segment.

The back-cover texture is processed using the industry-leading German five-axis precise radium engraving machine. After 300 minutes of polishing, the curves are engraved to create a special reflective light effect.

The use of this technology makes the realme C15 Qualcomm Edition more colorful, appealing, comfortable in the hands, and less susceptible to fingerprints.

It also effectively prevents scratching and sliding. The square cameras located in the corners make the smartphone look perfectly balanced and ordered.

With this mode, users can select 6 mostly used apps to be active to save battery. At the same time, the phone will turn on a more aggressive power-saving strategy enhancing the daily user experience. According to realme Lab’s test, users can make continuous calls for 2.45hr and can easily sustain 2.9 days without charging.

realme C15 Qualcomm Edition uses fireproof material to prevent the back cover from burning. Additionally, temperature and current monitoring sensors are located to monitor any possible risks as safety is the most important thing for realme products.

The realme C15 Qualcomm Edition support ultra-fast fingerprint unlocking, along with facial recognition, making it convenient to unlock the smartphone with a single click or glance.

Based on Android 10 and ColorOS 7, the realme UI is well-built for an enhanced and closer to stock Android experience. It has been designed keeping in mind the preferences and aesthetics of young consumers and is seamless and fun to use.

The realme C15 Qualcomm Edition will be available in two memory variants, 3+32GB and 4+64GB, and is equipped with 3-card slots for two SIM cards and one SD card (expandable up to 256GB)

GSMA Intelligence: 5G is Inevitable Across the World

realme, on Wednesday, announced that it will be one of the first to launch a…

Realme has sold out 8.3 million units out of which 6.3 million were smartphones during…