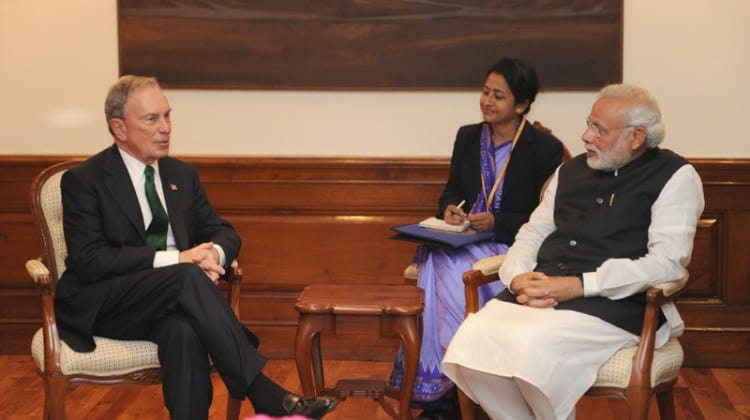 NEW DELHI:The Union Cabinet under the Chairmanship of Prime Minister Narendra Modi has given his approval for signing of a Memorandum of Understanding (MoU) between the Ministry of Urban Development and Bloomberg Philanthropies (BP), New York to support the development of Smart Cities.

The proposal entails Bloomberg Philanthropies to work as Knowledge Partner and support the development and execution of a Cities Challenge under the Smart Cities Mission.

The Union Cabinet has already approved the Smart Cities Mission in its meeting held on 29th April 2015 and subsequently, the Prime Minister launched this Mission on 25th June 2015, when the Mission Statement and Guidelines were also released.

The Proposal under the Smart Cities Mission seeks to facilitate creation of quality urban infrastructure which will lead to improvement in the quality of urban life. Bloomberg Philanthropies Government Innovation Initiatives equip mayors and local leaders with practical tools and approaches to solve major challenges and enable public sector innovation to flourish.