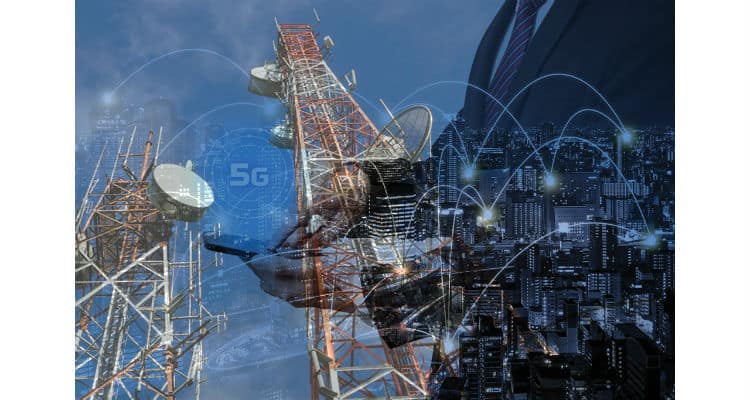 With the emerging era of 5G communications in India, Indian Telcos & ISPs are preparing their infrastructure to be 5G ready

Since the introduction of optical fiber in 1970s, it has revolutionized the telecommunications industry and has played a major role in the advent of information age. Considering its advantages over electrical transmission, optical fibers have largely replaced the traditional copper cable communications in core networks. In this developing world, with the continuous innovations and advancements in reducing attenuation factor, fiber optics has become the dominant carrier for electrical information. Today, fiber is present in virtually every nation on the Earth, forming the absolute backbone of the modern communications infrastructure.

With the emerging era of 5G communications in India, Indian Telcos & ISPs are preparing their infrastructure to be 5G ready. The vision of a 5G network is usually that of an intricate wireless technology offering high data speeds and responsiveness on our mobile phones. The fundamental concept of introducing 5G technology is to have greater bandwidths and throughputs which are greatly influenced by the heavy-duty networks. In fact, 5G’s formidable network performance goals are heavily predicated on a massive availability of fibre connectivity, to cell sites and beyond.

Small Cell Deployment to Backhaul Issues – Fiber got it all covered

To address the demand of faster network connections, service providers are planning to double the number of base stations in next two years. Deployment of small cells is a strategy adopted by TSPs to improve the coverage in the areas of weak signal. These small cells are usually backhauled either over copper, microwave or fibre. It is a fact that majority of the traffic from macro cells is still backhauled to the core network through microwave only. But with the considerable number of disadvantages in using microwave backhaul such as higher costs, greater power consumption, etc., usually Telcos look towards fibre-based small cell setup wherever possible due to its scalability, security and cost-effectiveness.

Backhaul is a significant challenge for the industry as the Telcos go about expanding the networks to meet the growing demand. The major component of any 5G network is likely to be ultra-dense network configurations, particularly in metro areas. Hence deployment of small cells will continue to play a crucial role in the future. Requirement of providing backhaul from the small cell to the core network has been a major factor in holding up proliferation of small cells. Mass deployment of small cells will be in direct proportion to availability of cost-effective backhaul networks. Hence, a good quality backhaul is required to deliver a high data rate services.

Optical fiber is the most preferred and suitable medium for connecting these small cells to the backhaul of the operator’s network since it has the potential to meet all the requirements of a high speed signal transmissions.

Fiber is the need of the hour

Deployment and availability of optical fibers in the country are still inadequate. 5G on the other hand with IoT requires multiple low bandwidth or NarrowBand (NB) connections. 5G will provide a more efficient medium to these NB devices compared to the traditional fixed connections. Thus the demand for low capacity fixed connections will drop and capacity demand for 5G backhaul rises. Migration from traditional infrastructure to packet-based services in access networks is an integral part of the network transformation. Service providers have to now move from the microwave-based backhaul to IP-based backhaul.

Upgradation and modernization of the network infrastructure is crucial to address the 5G demands of the subscribers. Making fiber, a key to any network evolution is the definite solution to meet and serve the evolving demands of telecommunication industry. This also enables you to improve operational efficiency and deliver new services, while controlling costs and minimizing your time to market with fast, massive roll-outs. There’s no more efficient way to deliver the bandwidth and latency requirements of 5G at scale.

Considering the challenges, opting for optical network solutions for your network infrastructure and introducing innovative products to fight the competition and helps you to survive the evolution of 5G by accelerating the ROI factor.