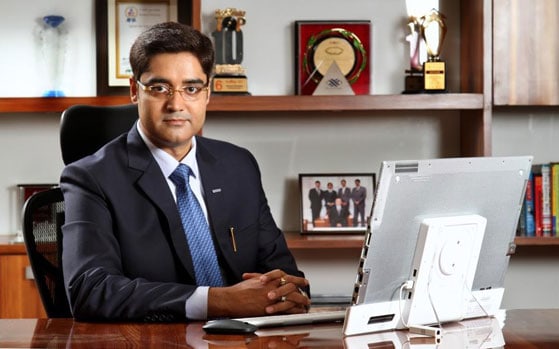 Voice&Data spoke to Manish Sharma, President & CEO Panasonic India and South-Asia regarding the company’s plans for India and how it wants to go forward with the Make in India initiative. Excerpts

Voice&Data: Has your company started to make in India?

Manish Sharma: Yes, our company has started manufacturing in India. Our biggest manufacturing unit in the country is in Jhajjar in Haryana. This plant is already taking care of air-conditioners, washing and welding machines.

Besides Jhajjar, to cater to our consumer needs, we have plants in Tamil Nadu, Madhya Pradesh, and Gujarat. Our small appliances plant in Chennai is a case in point.

For our energy business, we have battery manufacturing units in Vadodara and Indore.

Voice&Data: Where is your factory in India? What are the products or devices being manufactured in it?

Manish Sharma: In 2012, we started operations at our Jhajjar techno-park in Haryana. There we have already invested about `900 crore to annually produce one million sets of air conditioners, 400,000 sets of washing machine and 25,000 sets of welding and cutting machine.

The Jhajjar plant was also in line with the Happening Haryana summit where we were happy to take forward the government’s call to manufacture and invest in the state.

Headquartered in Vadodara is our energy division which takes of areas like lithium, zinc, carbon and alkaline battery and battery products. Speaking of battery products, we also have a JV with Uno Minda to manufacture SLI and Lithium-Ion batteries in our Pant Nagar Plant in Uttarakhand; initially we had invested around 160 crore into the project and output was set for 4.2 mn units. Overtime our investment into the project has exceeded $1 bn.

Panasonic also has a Carbon facility in Chennai which is the only one of its kind in India and the company takes pride in being the lowest cost producer of carbon rods in the word. We are driving such manufacturing in India and PCI grew at close to 25% in the last fiscal, turnover being over 40 crore. To add to these, we also have a small appliances plant in Chennai which is a big manufacturer in that segment.

Voice&Data: Is your factory just an assembly-line where various components, manufactured somewhere globally, are assembled together?

Manish Sharma: In some cases, yes. For example, in our refrigerators segment, we would source our components from Thailand and then the product is sold here in India. Our Toughbook and Toughpad devices are imported from Taiwan. But the main idea is to manufacture in India and do that across segments, be it energy storage or consumer durables. Step-by-step, we are moving towards getting as independent as we possibly can from imports.

Voice&Data: What are the regulatory challenges that manufacturing companies face in India?

Manish Sharma: I think one of the main regulatory challenges is taxation. Currently, manufacturers are drowned by a multiplicity of indirect taxes. This has a cascading effect and overwhelms these parties. This has also led to foreign players being coy about manufacturing in a real big way. But with GST, I believe it could help in reforming tax code and alleviate the current issues that handicaps manufactures.

Ease of doing business is another concern and despite India jumping 12 places with regards to that parameter, the government still needs to work on further improving the investment climate in the country.

Labour is already an issue which I have discussed but would also like to add that if Making in India is to succeed, or manufacturing drive for the matter, India’s archaic labour laws have to be reformed. The Industrial Disputes Act of 1947 and the Contractual Labour Act need urgent attention, without which manufacturing will be mired in systematic issues.

Finally, curbing corruption and cutting down on red-tape have been high-up in the to-do list.

Voice&Data: Does India have the necessary infrastructure to support the ‘Make in India’ initiative?

Manish Sharma: If the infrastructure isn’t there even after such a big push, then its high time companies think about it. According to the latest economic survey, FDI inflows into Make in India rocketed up by 40% in the chosen one year while FII’s invested more than $40 bn, an over 700% increase.

Companies can play an important role in this space as a crucial cog towards this initiative is automation. I believe automation is a very viable and interesting avenue but right now the right infrastructure for it isn’t available except in areas like IT where the labour is skilled and infrastructure is present. Whenever technology has intervened, howls of protest has greeted it—think back to computerisation in the 90’s. But if handled right, it can be a huge catalyst to drive Make in India.

Voice&Data: What are the challenges do you see for Make-in-India initiative?

Manish Sharma: One challenge that is apparent is the labour. In India, we have a huge supply of labour but is that labour properly trained? I think proper education or even vocational training is crucial to make such a huge drive work. In a recent ICERIR paper, it was pointed out that only 4% workers earning their keeps in the manufacturing sector have had proper technical education. Adding to that is that only 27% workers are vocationally trained of which 86% are non-formally trained. If a worker isn’t skilled enough, then companies should spend their resources in making sure this condition is met.

This is where we are hoping that Prime Minister Modi’s Skill India programme bears fruit and delivers on its ambitious target of 40 crore workers who possess the required skills.

Another important point in this discussion can be companies hastily jumping the automation bandwagon. I believe automation is a very viable and interesting avenue but right now the right infrastructure for it isn’t available and should companies get too involved without putting in place the right system, it could act as a downer for workers already worried about manufacturing jobs outlook.

Voice&Data: Can India be a strategic destination for electronics and IT exports?

Manish Sharma: Absolutely, I believe India can become a destination for electronics and IT exports. In certain respects, I already believe the first steps are being taken towards achieving this.

Speaking about electronics exports, Panasonic has already has a blueprint to turn India into a regional powerhouse, something I mentioned earlier. But we are also towards meeting the export requirements of regions like Africa and Middle-East through our Indian manufacturing capabilities.

In the last fiscal year, RBI reported that Indian IT exports grew close to 15% and totalled in excess of $80 bn. This is despite the fact that exports were generally sluggish and its share of the global manufactured exports wasn’t very encouraging. I think the overall outlook for IT exports is better than for other sectors.