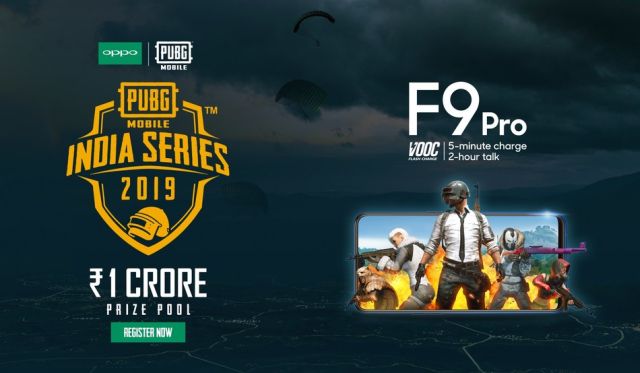 Globally-acclaimed smartphone brand, OPPO has partnered with Tencent Games and PUBG Corp to announce the launch of ‘OPPO PUBG MOBILE India Series 2019’ –  the first official open-to-all tournament hosted in India. For the tournament, OPPO has sponsored a staggering prize-pool of INR 1 crore, including cash and OPPO smartphones.

Previously in October, OPPO had sponsored India’s biggest eSports Championship – ‘Player Unknown’s Battlegrounds MOBILE Campus Championship 2018’ with a price pool of INR 50 lakhs. The championship saw over 250,000 registrations over the span of three weeks from 1000+ colleges spread across 30 cities and was experienced via OPPO’s recently launched and breakthrough product – OPPO F9 Pro. Packed with powerful features, the F9 Pro took the PUBG MOBILE gaming experience to the next level.

Post the announcement of the India Series, Aneesh Aravind, General Manager, Tencent Games, India, said, “The growth of PUBG MOBILE from a loved gaming app to India’s game of choice is immense validation of our efforts to provide quality gaming experience to our users bringing both the competitive and entertainment spirit for gamers. We are committed to building a sustainable eSports ecosystem for gamers in India. The PUBG MOBILE Campus Championship last October was a great start, and with the support of OPPO, we look forward to making the PUBG MOBILE India Series 2019 the next big event for e-Sports in India.”

Stuck at home? Try these 3 exciting games on your smartphone

The Future of Mobile Gaming is Female: CMR’s Insights on the Go study