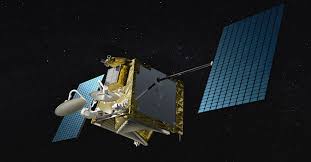 OneWeb, UK-based communications company, has secured its largest fundraising round to date with the successful raise of $1.25 billion in new capital. This brings the total funds raised to $3.4 billion. This round was led by SoftBank Group Corp., Grupo Salinas, Qualcomm Technologies Inc., and the Government of Rwanda.

The new funds, following the successful first launch of OneWeb’s satellites, is expected to enable the company to accelerate the development of the first truly global communications network by 2021. OneWeb’s system will deliver high speed, low latency, seamless broadband access, everywhere on Earth.

Adrian Steckel, CEO of OneWeb, has said in the press release that this latest funding round, which is their largest to date, makes OneWeb’s service inevitable and is a vote of confidence from its core investor base on the company’s business model and OneWeb value proposition.

Steckel further said, “With the recent successful launch of our first six satellites, near-completion of our innovative satellite manufacturing facility with our partner Airbus, progress towards fully securing our ITU priority spectrum position, and the signing of our first customer contracts, OneWeb is moving from the planning and development stage to deployment of our full constellation. Our success is made possible thanks to the backing of our investors and the cooperation of our world class commercial partners including Arianespace, Airbus, Qualcomm Technologies Inc., Virgin, and Hughes.”

OneWeb’s satellites, produced through its joint venture with Airbus doing business as “OneWeb Satellites”, will ramp-up production this spring at its new, state-of-the-art manufacturing facility in Exploration Park, Florida. Following the company’s successful launch of satellites on February 27th, OneWeb will embark on the largest satellite launch campaign in history. Starting in Q4, OneWeb will begin monthly launches of more than 30 satellites at a time, creating an initial constellation of 650 satellites to enable full global coverage. After this first phase, OneWeb will add more satellites to its constellation to meet growing demands.

On the additional investment, Marcelo Claure, COO of SoftBank Group Corp. and CEO of SoftBank Group International said: “OneWeb has extended its first-mover advantage and is on track to become the world’s largest and first truly global communications network. At SoftBank, our aim is to invest in transformative companies at the leading edge of technology disruption. OneWeb’s potential is undeniable as the growth in data from 5G, IoT, autonomous driving and other new technologies drives demand for capacity above and beyond the limits of the existing infrastructure.”

OneWeb’s says its priority rights to a large block of globally harmonized spectrum and its Low Earth Orbit (LEO) constellation design will enable a unique combination of high speed, low latency, and truly global service. OneWeb’s network intends to go beyond the limits of existing infrastructure, enabling connectivity for rural communities and schools as well as for business and industries that demand seamless global connectivity solutions such as Aviation, Maritime, Backhaul, and Land Mobility. OneWeb’s customers will be able to develop and support a wide range of emerging applications that require real-time communication and collaboration.

OneWeb’s network would provide services to billions and would support the emerging digital economy and advanced mobile application needs. To support the deployment of the system, OneWeb relies on high-tech satellite operation centers in both Virginia and in London, and has installed ground stations in Italy, Norway, and Canada, with more on the way.

UK-based satellite communications company, OneWeb has entered into an agreement with a consortium led by…

India’s own GPS solution NavIC gets included by 3GPP; creates a big leap for IoT in India