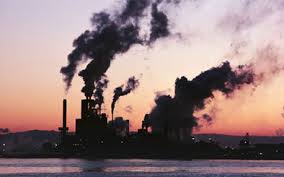 The Blueair AQ Monitor empowers ordinary citizens to take pro-active action to avoid airborne contaminants that may endanger their quality of life and long-term health. Easy to install and use, the Blueair AQ Monitor rates urban air quality on a scale from zero (good) to 500 (hazardous) – and is updated regularly throughout the day.

“A major problem has been people’s inability to detect what is in the air they are breathing, but the Blueair air quality Android app helps address that by giving people the chance to finally monitor how serious their air quality is in real time and do something about it to protect their health and well being,” Kannan said.

Posted by: VoicenData Bureau
View more posts
Tags:Air Pollution, Blueair
Now an app to help you avoid polluted air 0 out of 5 based on 0 ratings. 0 user reviews.
Internet of Things– The next big Tsunami
No ‘Digital India’ effect, PC market records degrowth in 6 years