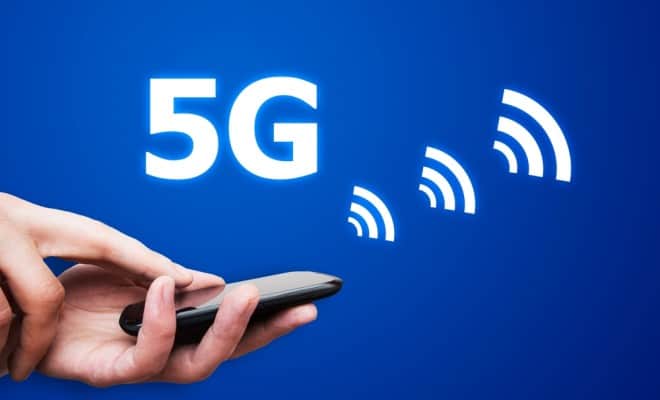 Finland-based telecom major, Nokia on Tuesday announced that it has achieved the world’s fastest 5G speeds in its over-the-air (OTA) network.

Utilizing 800 MHz of commercial millimeter wave 5G spectrum and Dual Connectivity (EN-DC) functionality, Nokia achieved the speeds of up to 4.7 Gbps in tests performed on base station equipment deployed at Dallas, Texas in a major US carrier commercial network.

The solution will not only provide subscribers with unrivaled mobile broadband speeds but also enable carriers to sell various latency-sensitive enterprise services, such as network slicing for mission-critical applications, the company stated in a press release.

The record speed was achieved by combining eight 100 MHz channels of millimeter wave spectrum on the 28 GHz and 39GHz bands, providing 800 MHz of bandwidth, and 40 MHz of LTE spectrum using the EN-DC functionality available on Nokia’s AirScale solution.

EN-DC allows devices to connect simultaneously to 5G and LTE networks, transmitting and receiving data across both air-interface technologies, enabling devices to achieve higher throughput than when connecting to 5G or LTE alone.

The speeds were achieved on both 5G cloud-based (vRAN) and classic baseband configurations, Nokia said.

Commenting on the achievement, Nokia’s Mobile Networks President Tommi Uitto said, “This is an important and significant milestone in the development of 5G services in the US, particularly at a time when connectivity and capacity are so crucial.”

He further stated that the achievement demonstrates the confidence operators have in the company’s global end-to-end portfolio. “We already supply our mmWave radios to all of the major US carriers and we look forward to continuing to work closely with them moving forward,” Uitto said.

Posted by: Shubhendu Parth
View more posts
Tags:5G
Nokia achieves fastest over-the-air network 5G speed 0 out of 5 based on 0 ratings. 0 user reviews.
WTISD Special: Communicate, collaborate, and celebrate
The COVID-19 upheaval and how it will shape the telecom sector