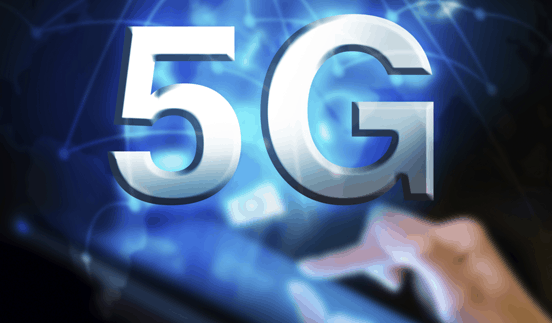 Security solutions provider for worldwide mobile operators, A10 Networks, at an event in New Delhi on May 14th, announced the findings of a survey titled ‘Securing the Future of a Smart World’ in partnership with Business Performance Innovation (BPI) Network. The report is exhaustive and has answers to all your questions on 5G.

The survey insights were gathered from 145 telco and cloud service providers worldwide, including India, to understand industry intentions, priorities, and concerns about 5G. The findings underscored that mobile carriers around the world foresee rapid progress toward 5G over the next 18 months, significant new revenue opportunities for carriers and disruptive new use cases for many industries. Respondents also believe that much-improved security will be essential to realizing the full potential of 5G.

Mobile carriers also ranked security nearly on par with increased throughput and capacity as critical to the next generation of networks. As they assess the risks associated with new levels of traffic, explosive growth in connected things and mission-critical use cases planned for their networks, most IT decision makers were of the view that security and reliability must be an essential aspect of 5G networks.

As India is amongst the top countries in mobile data consumption and ranks second in terms of mobile subscriber base, 5G technology has the potential to drive transformative services that can have a deep impact on society. 5G is poised to enable the role of information technology across sectors like manufacturing, educational, healthcare, agricultural, financial and social. With several markets including India being poised to commercially launch the next generation cellular communications technology by the end of this year or next year, the global survey demonstrates that carriers are moving decisively toward 5G commercialization and that security is a top concern.

“Mobile carriers anticipate significant revenue opportunities and exciting new use cases as they move forward with their 5G deployments. However, the industry also recognizes that 5G will dramatically raise the stakes for ensuring the security and reliability of these networks,” said Ravi Raj Bhat, Global Field Chief Technology Officer, A10 Networks. “New mission-critical applications like autonomous vehicles, smart cities, and remote patient monitoring will make network reliability vital to the safety and security of people and businesses. Meanwhile, dramatic increases in traffic rates and connected devices will significantly expand the attack surface and scale for cybercriminals.”

New Revenue Opportunities and Use Cases: Realizing the potential of full-scale 5G networks requires major investments by carriers—and payback on that spend is a crucial issue for the telecommunications industry. Operators surveyed reported significant opportunities to increase revenues and innovate new business models.

The top-three benefits derived from 5G:

“Operators overwhelmingly understand the importance of upgrading security in a more connected and smarter world,” continued Bhat. “Now it’s time to take decisive action. Carriers need to move ahead aggressively with their plans to upgrade legacy DDoS protection and consolidate security services at the core and edge of their networks to address the growing concerns. A10 Networks 5G security solutions including Gi/SGi firewall, GTP firewall and AI-based DDoS protection enable operators to secure and scale their networks now and protect against the massive cyber threat coming with 5G.”

Emphasizing cybersecurity, legacy infrastructure challenges and the potential for 5G in India, Sanjai Gangadharan, Regional Sales Director, SAARC, A10 Networks, said, “5G technology has the potential to unleash new business opportunities and disrupt every vertical industry over the next decade. With India ranked as one of the top countries for data consumption, 5G will be central in transforming the economy and accelerating government initiatives such as Digital India and Smart Cities. Ultimately, with more connected devices on the network, security will play a very important role to ensure the networks are safeguarded from potential cyber threats.”

5G networks, with their dramatic advances in transmission speed, latency, capacity, energy efficiency, and connection densities, promise to bring about a smarter and more connected society that will drive massive changes in India and across the global economy.