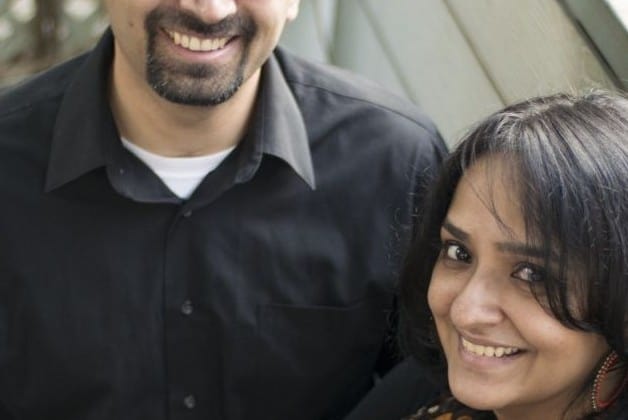 Smartphones are ubiquitous and so will application of Artificial Intelligence (AI) in smartphones be! It’s considered the future of “Search”. What that implies is: every search will be captured and analyzed in real-time, advanced search captured and information delivered in the form of live streams of data via machine-to machine interaction. Significant advances are taking place in processing images and audio search.

Bringing AI out of science lab to market

Anand Chandrasekaran, co-Founder and CTO of Mad Street Den is a Neuroscientist, and a Neuromorphic Engineer. He has spent close to 15 years between these two fields. Given the background, creating an AI and a Computer Vision Company seems to be logical choice for the couple.

“Mobile assistants really did get AI out into the limelight in a big way. There’s no doubt there but what they’ve done is help us scratch the surface of this field and open it up a bit. It’s also voice- and NLP-driven AI technology. Computer Vision-based AI on the other hand, has hardly found a footing in the world yet,” says Chandrasekaran’s wife and co-founder Ashwini Asokan, recounting what led to founding of Mad Street Den (MSD).

“Anand always wanted to bring AI out of the science labs. I come from the exact opposite end of the spectrum – Design and Product Development. I have been with Intel for almost 10 years in California, driving design and development of products that used AI and early learning systems, across multiple platforms. I was driven by the idea of making AI approachable and meaningful for everyone who owns an Internet-connected device. How can we put this in the hands of billions of people, is the fundamental question we are trying to answer with this startup. Technology has to manifest itself in a meaningful way. A ton of these technologies have been around forever. We have still not figured out how to make them usable, meaningful and relevant to everyone, amongst other things,” elaborates Asokan.

Mad Street Den began as an acronym for ‘Mind-Abled Devices’. The company moved on to create Mad Stack – one of the first visual intelligence, cloud-based AI platforms which is accessible to customers via APIs. The company that came into existence in September 2013 with a team of 4, is now 36+ spread across three continents Chennai and Bengaluru in India-Asia, San Francisco in USA and Perth in Australia.

“There are a handful of Computer Vision-based AI platforms on the cloud in the world today. And this is part of the challenge we set out to address. We wanted to build a robust AI platform on the cloud with multiple types of Computer Vision modules, so that they would learn across the board. We humans don’t function without learning about multiple things in context. You don’t show a child millions of images of a flower today and teach it to recognize a flower. He/she learns in context. A child sees someone wearing a flower, growing on trees and these activities involve recognizing objects, gestures and putting it all together. That’s the same with machines. We wanted to build a platform that has multiple types of vision-based content so that it would learn across all those. And we want to power multiple devices all the way from high-end devices to low-end smartphones. The Cloud is the future. It already is the choice for delivery today with our customers. Our algorithms sit up there. We wanted to enable anyone who wants to build AI and computer vision into their applications to easily use APIs from this platform to power their use cases,” says Asokan.

Apart from Mad Stack, the founders have also built specific verticals like ‘Vue.ai’, which provide a simple plug-and-play for fashion businesses to incorporate visual recommendations, personalization and many more e-commerce relevant products. Asokan says that Mad Stack is their key to multiple verticals and they are now officially in the market in a big way with the first one, vue.ai.

“Every customer has a picture in mind when they shop fashion. Every item in your store is a complex mashup of colors, cuts and patterns. Vue.ai helps dish up visually relevant recommendations that let you match mental images with real products,” says Asokan.

Mad Street Den is changing the way people experience the world around them. It has become one of the first companies in the world to build not just AI technology but a business putting Vision based AI in the hands of millions of people across the globe. The company launched its first vertical, branded vue.ai, on its cloud based AI platform, the MADStack. Through vue.ai, the company is bringing back excitement through exciting visual experiences. It allows people to discover and engage with products visually similar to the ones they’re interested in, based on colors, patterns, style and more. It powers some of the top e-commerce companies across the globe and specifically in India with its range of AI products that include ‘view similar’ recommendations, visual search, visually powered personalization, data analytics and more. Vue.ai is only the company’s first vertical. It plans to expand into retail in innovative new ways while exploring other adjacent verticals in the coming years. 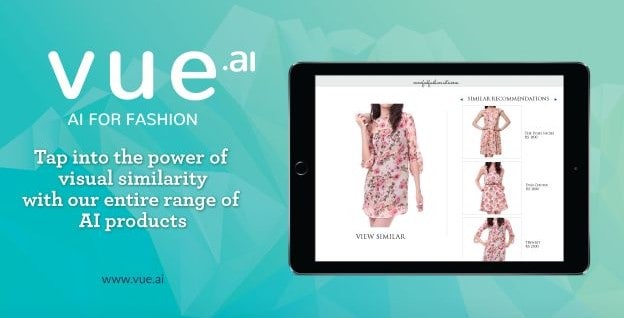 Several e-commerce portals like Voonik, YepMe, Craftsvilla and Kaaryah currently use the company’s products. “We power visual recommendations for their consumers. Fashion is a visual experience, and we wanted to serve up recommendations and help consumer’s discovery and engagement with products that were relevant to what they were already looking at. We identify colors, patterns, style and much more and provide recommendations similar to that. We’ve seen some tremendous progress on how this is helping customers. We have more than doubled engagement, conversion, and product-views across board. Traditional recommendation engines we are seeing are performing at half of that performance,” relates Asokan.

In the beginning of 2015, Mad Street Den raised $1.5 million from Exfinity Technology Fund and Delhi-based early-stage investment firm GrowX Ventures. Bengaluru-based Exfinity Fund is promoted by IT honchos T V Mohandas Pai, Deepak Ghaisas, Girish Paranjpe and Balakrishnan V. The funding helped the company build a team of computer-vision folks, data scientists, system architects, developers, a product team and an operations team, informs Asokan. It also helped the husband-wife team to build a robust infrastructure, which will be the critical component in the scale that they aim to operate on. “We have about 36 people from diverse backgrounds at MSD. We are spread across three continents – Asia, Australia and the US. Now that we’ve achieved product market fit with this seed money, we’re all about to scale up to next level,” says Asokan.

As with any other startup, growing a business is not easy. There were tons of teething problems. “We are operating in a field where there isn’t really a history or an established market with businesses. When we first started this, customers used to ask us, what is this computer vision? But, it also gave us a massive first mover advantage. We’re now growing; we know the importance of putting processes into place since almost everything that we do has been built from scratch. So, now that we’re past teething and product market fit, we’re dealing with the hustle that comes with scaling.

Chalking the plans to take her business forward Asokan says, “AI is a massive area. Computer Vision based AI and its opportunities are huge. We are learning every day and continually looking at doing things better. We’ve only just begun to explore the possibilities of AI like I said. Computer vision, neuroscience, deep learning, design, data science, humanities are all important parts of the puzzle and we’ve made incredible strides in making AI accessible to businesses right now, but there’s still a huge roadmap ahead of us. We’re just getting started. We already have about a dozen products planned for the next year, and our growth trajectory involves fields like IoT, retail, gaming, robotics and a whole lot more. And of course, we’re also gunning to achieve the holy grail of AI: Artificial General Intelligence.”