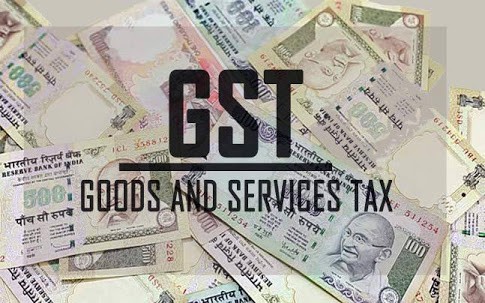 NEW DELHI: The much awaited and talked about GST regime in India is finally attaining certainty with a four-slab GST tax structure of 6, 12, 18 and 26 per cent being mooted at the GST Council meet after unveiling of the Model GST Law in June 2016 (GST Law).

The government, which proposes to implement the new pan-India indirect tax regime from the start of the next fiscal in April 2017, has been moving ahead with finalizing online processes for registration, refunds, returns filing and payments.

Manufacturers’ Association of Information Technology (MAIT) appreciates the concerted efforts of the Government to bring all stakeholders on board to finalize India’s new GST Law, which appears to be comprehensive in its approach. Stakeholders are optimistic that the GST tax structure being discussed will be in favor of the ICT industry. MAIT is recognized by both Govt. and Industry for its role in the growth and development of the IT Hardware industry in India and has emerged as a strong and effective mouthpiece of the industry in the government corridors.

“MAIT is very keen to see implementation of GST, which can potentially transform the Indian economy into a major global player. While the direct benefits would be on account of simplification of tax collection process, we foresee substantial increase in revenue collections that would enable government to enhance infrastructure spending. The spending on e-Governance would also fuel demand for IT products. After EVMs and UID, GST would be the third most important all time public digital transformation initiative for India,” said Nitin Kunkolienker, Vice President, MAIT and Director-Corporate Affairs, Smartlink Network Systems.

“We welcome the Government of India’s move to introduce GST, which will give a significant boost to the economy. Along with improving ease of doing business and encouraging industries to expand their operations, GST will also ensure growth in job opportunities. Keeping consumer delight as a fundamental output of our technological evolution, at Canon, we are always keen to support endeavours that support progress and development in the country, “said Kazutada Kobayashi, President and CEO, Canon India.

“As a leading global technology company operating across multiple business groups in India, Lenovo welcomes progressive tax reforms that ease business complexities and benefit organisations and consumers alike. Along with the rest of the industry we will keenly follow this development as GST gets formalised to help address various challenges in the current indirect tax landscape ,” stated a Lenovo India spokesperson.

“The IT-Electronics industry at large welcomes the proposed move to the GST regime, which would pave the way for a simplified and homogenous tax structure for goods and services across India,” Kunkolienker further added.

‘Make in India’ and GST
The Government’s supportive initiatives over the last two years such as introduction of preferential tariffs for locally manufactured mobile phones, Tablets and Customer Premise Equipment (CPE) have had a notable positive impact on the production of mobile phones that is estimated to have touched nearly 100 million units in CY 2015.

“The benefits afforded under the Government’s flagship program ‘Make in India’ should continue to enjoy patronage under the GST regime as well, given that businesses have made substantial investments, and also given that fruition of such schemes is realised over a period of time. Particularly, there is need for the continuation of Duty Differential Scheme offered on Mobile phones, Tablets, CPE and IP Surveillance Equipment under the GST regime as well. MAIT also demands that the same should be extended to more crucial CPE products, which were not covered during the last budget. MAIT strongly advocates extending the same scheme to Notebook PCs, Desktop PCs and Servers, a long standing demand of the industry. As the process of attracting investments into the IT-Electronics manufacturing sector has commenced recently, the ‘Make in India’ scheme could serve as one of the most attractive incentives for OEMs to expand operations in India ,” Kunkolienker concluded .

The IT-Electronics industry has suggested various mechanisms to ensure that the Government’s vision of ‘Make in India’ is continued under the GST regime:

* It is recommended that a negative list of ITA goods be introduced on import of which (for trading) no credit of CGST portion of IGST would be permissible, thereby encouraging indigenous manufacturing;

* Benefit of upfront exemption from levy of CGST should be provided on goods manufactured in India, or the benefit may be extended by way of a refund mechanism, wherein refund of CGST would be available to manufacturers;

‘Ease of Doing Business’ and GST
Under GST regime, low tax compliance cost, low tax collection costs, low tax gap would keep inflation in check while improving the tax to GDP ratio. The supply chain and value chain of the IT-Electronics sector would go through a positive upswing. However, there are various other issues that GST needs to address from operational point of view to further improve ‘Ease of Doing Business’.

It is recommended that upfront exemption be retained for procurement of goods and services by SEZ/EPZ units under the GST regime. Benefits under the SEZ Scheme and Excise Duty free zones, currently prevalent, should continue under the GST regime. Given that the GST is levied on the original supply of goods/parts, GST should not be levied again at the time of actual supply of parts during the provision of warranty services/AMC. Hence, any supply during warranty/AMC should not be subject to GST again on the basis of a self-declaration from the supplier. There is need for simple rules that permit transfer of credit build-up between offices/branches across India, particularly from marketing offices and from warehouses stocking parts for warranty/AMC supplies.

” The implementation of GST should block any commercial incentive for having a non-tax paid component in the value chain. It should add to a significant uptake of licenced software as also PCs with pre-installed software ,” opined Alok Dubey, CFO, Acer India.

” Any new revolutionary change in the industry ecosystem should ensure a better investment climate and conducive business environment in the country. MAIT is hopeful the Indian ICT sector would benefit from speedy implementation of the GST Bill, and the country would become a global hub for sourcing of IT-Electronics hardware products ,” concluded Anwar Shirpurwala, Executive Director, MAIT.

From April 1st, GST increase on mobile phones will make them costlier

Budget 2020: FinMin to note – Revisions and amendments to GST is the only solution to a better Digital India

In two days, that is on Feb 1st, 2020, the Honorable Finance Minister Nirmala Sitharaman…