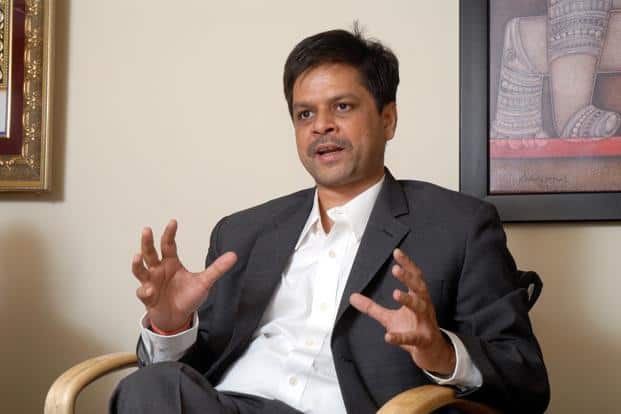 Over the last five years, Sterlite Technologies, which primarily deals in optical fiber cables, optic fiber products, and services around that, has been having a good run in terms of growth and margins. The company in 2016 joins the Rs 2000 crore plus revenue club. After its demerger effective from April 1, 2015 its performance is representative of Telecom business only.

In FY 2015-16, Sterlite posted a strong growth of 33% compared to FY15, clocking a CAGR revenue growth of 28% for the last five years, while its profit after tax (PAT) for the fiscal year 2016 saw a 27% jump at Rs 151 crore. In May 2016, Sterlite also announced the acquisition completion for Elitecore, a company that deals in OSS-BSS telecom software and had grown from Rs 20 crore to Rs 200 crore over years. This acquisition created quite a buzz in the market, because Sterlite Technologies can now offer the combined punch of optical fiber for high quality broadband backbone infrastructure and OSS/BSS for higher quality of service and network monetization, both critically essential today for growth of telecom. In an interview with Voice&Data, Dr Anand Agarwal, CEO, Sterlite Technologies talks about the enhanced power the coming together of the two entities will offer to telecom operators, and city and rural governments.

Voice&Data: What is your sense of the telecom market today, and the changing customer expectations?

Dr Agarwal: We clearly believe that the Indian user has been yearning for and waiting for the right quality and speed for data services. We believe that there are enough consumers like that waiting for good quality data on their mobile devices, in their offices, and at homes. In a small pilot of 200,000 homes that we did recently, we found out that people want high quality services, and are willing to pay for that. Telecom operators had so far been focused on providing access and voice to a billion people, but now is the time to offer quality data. India today requires smart networks. Whatever infrastructure was laid out in India so far, the average life of that has been 8-9 years, whereas globally this average lifetime is 25-30 years. So, the network has not been created properly, and whatever network has been there almost one third of that has disappeared. So, India has about half-a-million kilometers of low usage fiber under the ground, and about 2-3 million ducts that have been laid but not being used. That is criminal and waste of national resource. And from the announcements of most of the operators in the recent past, it is clear that the focus is on creating data networks.

Voice&Data: What kind of big advantages do you see with Sterlite and Elitecore coming together, and what is the likely impact on business and revenues?

Dr Agarwal: We truly believe that India does not have data infrastructure and needs to build it. That is the big opportunity that we see. In the last 15 years India has created the radio infrastructure, for the next 10 years India now needs to create a data infrastructure. If you have to take 500 million people and their data requirements on broadband then telecom operators, city and rural governments, and other service providers will need to build data networks. Till five years ago Sterlite was just providing products for such a network. Then we realized that there is hardly anybody who can design, execute and manage that network infrastructure, and we started doing that. With Elitecore in our portfolio, we can now do operations and billing applications for the network, and thus make it more responsive and increase revenue assurance and maximisation on that network. Whether it is wi-fi, 4G, or LTE network, or any application such as security or parking management that runs on the network, we can now offer end-to-end solutions. Moreover, the government’s renewed thrust on Digital India, smart cities, and rural broadband will open a huge range of new opportunities for us. With Sterlite we were creating the infrastructure, and with Elitecore we are enabling the infrastructure, so that applications and services run on it, so that there is revenue generation. And that is what brings the big shift. This is the exciting part. Since Elitecore has customers across the globe, and that will open up yet new opportunities for us with a more diverse yet integrated offering for them.

Voice&Data: How will Sterlite-Elietcore’s go to market strategy be different from some of the already well established players like Ericsson, Nokia or Huawei that also offer end to end services; or the big names of the OSS/BSS sector such as Amdocs and Redknee, or Subex?

Dr Agarwal: Our customer requirements are determining and driving our go to market strategy. Most of our customers, whether telcos, governments, or defense, almost everybody is saying we want an integrated solution provider, someone who is open to flexibility, open to higher degree of customization. Often, the big players are not very flexible with these requirements. Our customers are telling us that right from the network to the services and applications that run on it, it must come as an integrated offering. In some cases we are even running those networks and the services on them with the agreed SLAs. That is our USP, and that is what is differentiating us in the market. Our customers do not have to run to 10 different vendors and manage them, we offer them the integrated solution. For instance, a smart city has so many components like security, traffic control, water distribution, education, power management and so on. With Sterlite, all those components can be built, integrated, and managed by us based on clearly defined outcomes. However, wherever required, we do work with our partners like Ericsson or Nokia to ensure customer satisfaction. Let me add here, the demand for data infrastructure is going to be so big, that it will not be a question or us or them, because nobody alone will be able to fulfill that demand.

Voice&Data: Do you see challenges in the smooth integration of the two companies, Sterlite being a hardware products company, and Elitecore being a software and services company?

Dr Agarwal: The DNA of both the companies is same as they both are very strong on customer engagement and product knowledge. Our culture is common so it does not matter if you sell hardware or software. Now that our offering is one and the customer connect is one, I think the integration of the two companies will be very smooth and fast. There is great level of excitement in both the companies in terms of the potential and possibilities we can create together. I strongly believe that the DNA of both the companies is similar in terms of hunger for growth, creating broadband infrastructure, and monetizing that infrastructure.

Voice&Data: What new can one expect from Sterlite, after its acquisition of Elitecore?

Dr Agarwal: As we will now be an outcome-based telecom infrastructure builder, we will not just deploy technologies but solve problems and give outcome-based results. In the direction, we are setting up a Customer Experience Center in Gurugram (Gurgaon) to display all the technologies which are commercially not available in the country in partnership with our entire vendor ecosystem including Nokia, Ericsson, Cisco, HP to showcase what all is possible technically. This center will be ready by August 15, this year. This center will also get live feed from the two smart city projects that we are working for – Jaipur and Gandhinagar – to experience the change we are bringing in those cities. In all the 33 smart cities that have been announced so far and we are in some level of discussion there, and wherever an RFP is being worked on, we are there in it.

Voice&Data: How do you think Sterlite with Elitecore under its belt now, would better leverage the Make in India plan of the Government?

Dr Agarwal: Everything that the Government has been talking of here, we have been doing. We have been manufacturing in India for the last 20 years, we have 120 patents, we are the only electronics product that is exported from India to China and we have 5% of China’s optical fiber market. We have a training academy for laying fiber optics because to build the huge data infrastructure, fiber optic will have to be laid properly. Similarly, Elitecore was an Indian company that did all its product development here in India, and we hope to see significant expansion of their development work in India.

Voice&Data: What are some of the things the Government must do to really help the telecom industry pick up steam once again?

Dr Agarwal: From the consumers end, data has been growing almost 65% year-on-year. So, that is where the demand is coming from. The government must now focus on Digital India’s first vision pillar, which is “Broadband as a Utility. The moment you say broadband is a utility then your thinking will not be limited by this ‘payback in four years’ mindset, because essential infrastructure is not created to payback in four years. The government needs to now accept this perspective that broadband is a GDP enabler. That is the shift in the mindset that is required. Sectors like power, railways, roads have huge investments going in, even though they are not directly paying the government anything. Telecom on the other hand is one of the biggest contributors to government’s coffers, so government’s investment in broadband should also go up. With that happening, the telcos will be enabled.

Voice&Data : What is your vision of Sterlite, after this acquisition of Elitecore, five years from now?

Dr Agarwal: Our vision is very much aligned to the Digital India vision. We would be very happy if we can play a role in getting 500 million people on broadband. We believe that the vision is there, the demand is there, the money is there, so in the next five years we just need to bring our act together. With Elitecore, I am sure, we will play a significant role in achieving the Digital India dream.

As a passionate engineer, he considers himself fortunate to be leading a technology company at…

Over the last 25 years, technology has dramatically transformed human society. Businesses have been able…