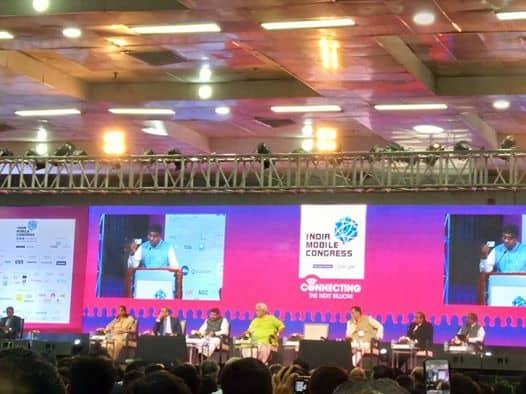 NEW DELHI: At India Mobile Congress (IMC) 2017, India’s IT Minister Ravi Shankar Prasad said that about 100 mobile manufacturing units have been set up in India in three years.

The three days event has just kicked off at Pragati Maidan in New Delhi.

“I complement the mobile companies of India for their contributions in India’s digital growth & success of Digital India,” said Prasad at the event.

India’s digital economy is going to become $1 trillion economy in coming 4 to 5 years,” he added.

“We have decided to set up Centers of Excellence in Blockchain, IoT, Big Data & Artificial Intelligence,” Prasad added.

He further added, “We don’t want to miss the digital revolution. We have decided to finalise a new IT policy, a new e-Commerce policy and a new IoT policy very soon.”.

5G will be a Gateway to New Technologies, Services, and Applications

NEW DELHI: At India Mobile Congress (IMC) 2017, German-based Rosenberger said that it has showcased its…