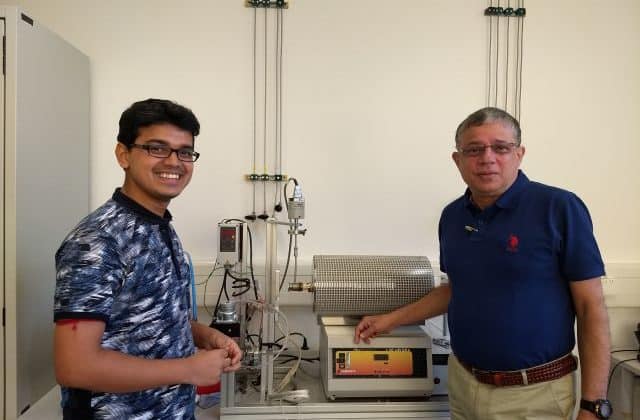 While lithium-ion batteries are ubiquitous with almost all consumer items being powered by them, their limited lifetime has remained a challenge to overcome.

The researchers have developed a new class of ‘high entropy materials’ for use as cathodes in long-lasting and better-performing lithium-ion batteries.

Since the poor lifetime of lithium-ion batteries arises from the poor cycling stability of the cathodes – the performance of the cathode reduces with multiple charge-discharge cycles because of side reactions between the active material and the electrolyte. Improvements in cycling stability and better performance have therefore hinged on developing better cathode materials, such as those developed by the IIT Madras and KIT researchers.

The Research was headed at IIT Madras by Prof. S.S. Bhattacharya, Department of Metallurgical and Materials Engineering, IIT Madras and at KIT by Prof. Dr.-ing. Horst Hahn, Executive Director, Institute of Nanotechnology, KIT, who is also a Distinguished Honorary Professor of IIT Madras and a frequent visitor to the Institute as well as a host for many exchange students.

The phase purity is believed to result from high configurational entropy that results from the five cations occupying random sites in the crystal lattice, hence the name ‘High Entropy Oxides’ or HEOs. Dr. Bhattacharya and his co-scientists developed HEOs containing the ions of five metals, manganese, cobalt, nickel, copper and zinc. While only oxygen ions occupy the anionic site in traditional HEOs, they replaced some of the oxides with fluoride ions to adjust the electrochemical properties.

They then compared the performance of these cathodes to conventional nickel-based cathode materials and found that not only was the specific capacity higher for the HEO, but the performance degradation during cycling was also much smaller than conventional cathodes. Better lithium-ion storage and cycling performance were due to the entropy stabilization in these compounds.

Speaking about the real-life implications of their discovery, Prof Bhattacharya said, “In practical terms, the retention of Coulombic efficiency with cycling points to longer life of batteries. Better lithium-ion storage and cycling stability are not the only advantages of the HEOs developed in this collaboration. We were able to vary the anions with the use of these HEOs.”

The researchers believe that the icing on the cake is that the use of HEOs as cathode materials in lithium-ion batteries would eliminate the use of toxic and costly cathodic materials such as those used today, with no loss in energy density.