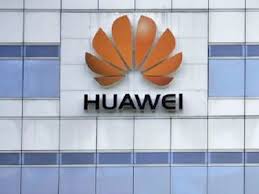 NEW DELHI: Huawei has risen to the fourth position in the ranking of companies filing patents with the European Patent Office (EPO), the office’s annual report published has revealed. The company filed a total of 1 953 applications with the office in 2015. For the second year in a row, it topped digital communications, boasting 1 197 filings in this sector alone.

Hot on the heels of Philips, Samsung and LG, the overall ranking places Huawei ahead of Siemens and United Technologies. In the field of digital communications, where Huawei once again grabbed the top spot, the company came ahead of Ericsson and Qualcomm.

“The results highlight our unwavering commitment to protecting intellectual property as a driver of innovation, with a strong focus on Europe as a fertile breeding ground for innovation,” said Georg Kreuz, Chief IP Counsel at Huawei, commenting on the results. “The European business environment is set to become fully digitized, and at Huawei, we are proud to remain the top contributor to this innovation process. Protecting intellectual property in this field is of the utmost importance, and as a natural consequence the number of newly filed European patent applications has to increase.”

In a globalized market, patents are important drivers of innovation and growth. Through IPR protection, they encourage vital investments in research and development. To be able to contribute innovative patents to the industry, Huawei invests over 10 % of its revenue in R&D every year. Its research activities in Europe, where over 1 900 highly qualified R&D engineers and consultants are currently working for Huawei, are a cornerstone of this strategy. The company’s European network of R&D centers, with the European Research Institute (ERI) in Leuven, Belgium, at its helm, fosters win-win research collaboration with European partners.

The EPO is pulling in the same direction. In 2015, it stepped up efforts to ensure that businesses’ investments in innovation and IP pay off. It is the first of the world’s five largest IP offices to achieve a fully certified end-to-end patent granting and post-grant process, from filing to publication. The office has also made decisive progress towards a unitary patent. “The EPO has done everything it can to ensure that this could be the year of the first unitary patent,” stressed EPO President Benoît Battistelli. “In December, we finalized all the necessary preparatory work. Following the adoption of a package of rules in December, the EPO is now legally, technically and operationally ready to deliver this new unitary patent.”

From 2020, Huawei will sustain investments in five key business domains. What are they?

The journey of Huawei is rather interesting. In 2016, Huawei envisioned an intelligent world and called…

Twenty years on, Huawei testifies India as a priority market with celebration logo

This year, the global ICT solutions provider of Chinese origin, Huawei marks its 20 years of…