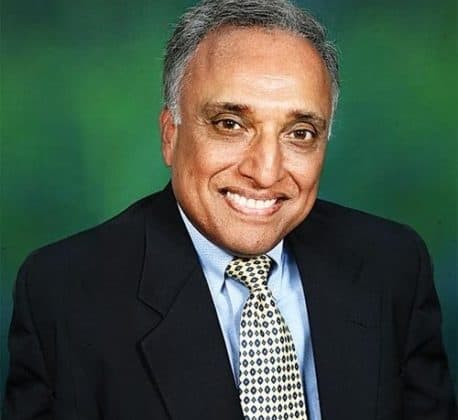 Centralized registration to TelCos would mitigate present ambiguities and compliance difficulties with respect to inter-circle and intra-circle transactions and may mitigate protracted litigations, which could arise due to the same.

Around 15 years after it was first proposed and a year after its implementation, the Goods and Service Tax (GST) regime remains the biggest economic reform since the liberalisation of the economy in the early 90s. Replacing numerous complicated, overlapping and cascading taxes at the central and state level into one comprehensive national tax system could not have been an easy task. For this, the government ought to be applauded.

On the occasion of completing one year of the GST, we would like to congratulate the Government for bringing together diverse stakeholders to develop and roll out an era-changing indirect tax transformation. GST has widened the tax base and created a unified national market/eliminated state level barrier and has also brought in much needed transparency and simplicity while automating much of the compliance.

The new regime has made the country much more competitive in the global market and despite initial hiccups, has proven to be a showcase of the government’s ability to invest and build world class IT solutions that is capable of processing multiple transactions instantly. Now, a year later, GST collections are close to the one lakh crore mark a month—a laudable achievement.

However, as we enter the second year of its implementation, there are still some challenges that need to be addressed, and we are optimistic that the government will look into them. The telecom sector, while being responsible for most of the socio-economic growth of the country, also contributes as much 6.5% to the GDP, making it one of the most crucial and essential sectors.

The Indian telecom sector has been struggling with debt of around Rs 7.64 lakh crore on revenues of just under Rs 1.2 lakh crore. The telecom sector pays around one third of its revenue in taxes and other levies, including spectrum usage charge (SUC) and licence fees. Despite this, tariffs have been going in the opposite direction of inflation. Further, even the GST rate was increased to 18% from the previous service tax rate of 15%.

The sector is currently going through its worst phase of hyper-competition and the telcos are not generating sufficient cashflow. This further makes it difficult for the telcos to invest in new technologies; new revenue streams or even refurbished existing networks. Given that telecom is a core economic driver for social economic development, lowering the rate of GST for telecom services would be cheered by all.

There are several challenges faced by the industry, which if addressed, can help in alleviating the financial stress on the industry.  Some of the issues are listed below for the consideration of the Government.

2. Even though the GST regime, by and large ensures a seamless flow of credit, there remains ambiguity as to availability of input tax credit on the telecommunication tower which if disputed, shall result into increase in costs for operators and finally the ultimate consumer. On similar lines, carry forward of unutilized cesses, if provided, could help control the costs. With studies stating that India will emerge as a leading player in the on-line world by having the highest internet users by 2025, there is great untapped potential in the nation, the rural areas in particular. In order to achieve this congruent goal, it is essential that the cost of consumption of telecom services goes down.

3. Another challenge relates to the geographic divisions under different regimes. Currently under the GST regime, telcos have to account for transactions basis the geographic state boundaries whereas for payment to the DoT (AGR Licence Fee & SUC) the Licensed Service Areas under the telecom licence prevail. State wise registration and compliance has resulted in the following:

a. The unit of credit blockage has unfortunately been reduced from that of an entity to that of a State geography, resulting in increased credit blockage, as each State is not necessarily profitable to every operator yet.

Centralized registration to TelCos would mitigate present ambiguities and compliance difficulties with respect to inter-circle and intra-circle transactions and may mitigate protracted litigations, which could arise due to the same. Granting single pan-India registration to TelCos is also revenue neutral since all revenues of TelCos are subject to GST in central as well as state-wise registrations scenario.   Given the heavy volume of transactions that the telcos do every day, this small change would be highlighted for the industry and we have requested the government to look into it.

4. Similarly, we have also asked that the government allow for centralised assessment Vs at each State level,, and help reduce the cost, manpower and time needed by the Indian telecom companies to maintain compliance with the GST regime. Alternatively, PAN based assessment (instead of GSTIN based assessment) and audit would go a long way in easing the pains on account of doing business.

5. Additionally, under the GST regime supplies between distinct persons even without any consideration are considered to be taxable supply. Given the impossibility of TelCos to ascertain and pay tax on intra-operator supply of services between two distinct establishments of TelCo in different states, a notification marking the intra-operator transactions to be of NIL value would be highly appreciated by the market.

6. The sector appoints agents and distributors for the sale of sim cards and recharge coupon vouchers. These agents/distributors were exempted from service tax. However, similar exemption for distributors are not available under GST, due to which millions of distributors are supposed to comply with the provisions of the previously unknown world of indirect tax and at the same time Government is not getting the full revenue. We request government to consider payment of GST at the first point of sale on maximum retail price (MRP) based valuation under which company pays GST on the MRP and the further chain to be zero rated as was applicable under Service tax regime.

11. The industry has to maintain uninterrupted supply of services, which necessitates the use of power  generators. Given that the applicability of GST on petroleum products is still deferred, the same continues to attract Central Excise duties and State Sales tax thereby resulting in massive cascading impact.

While the Government has promised to look into the issues, the year gone by has been one of learning and action, unlike any before it. The telecom sector is vibrant, price-sensitive and has a high growth potential. Strong policy support from the government is crucial for overall development. As the challenges under the GST regime get resolved, we look forward to the government providing much needed relief to an essential sector like telecom towards achieving Hon. Prime Minister’s ambitions and visionary Digital India programme. As of now, telecom sector is patiently waiting in the hope of its issues to be effectively addressed.

The need of the hour is a more stable, predictable, responsive policy and regulatory environment, which facilitates innovation and investment while comprehensively addressing the financial woes of the sector.

Budget 2020: FinMin to note – Revisions and amendments to GST is the only solution to a better Digital India

In two days, that is on Feb 1st, 2020, the Honorable Finance Minister Nirmala Sitharaman…

What will be the Impact of 5G Revolution on the Indian Telecom Industry?

2018 will be known as the year of 4G in India. Extensive 4G network expansion…

Voice&Data: How Data Analytics is different in telecom as compared to the traditional IT? Neeraj…