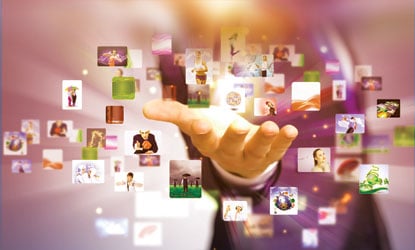 
New Delhi: Green Telecom is that oft-viewed mirage in the diesel-dependent industry that despite best intentions refuses to materialize. Every new year, there is a hope that this year renewable energy will move beyond just being a buzzword. But, alas the mirage remains as the year ends — almost mocking the
industry.

The conditions are actually right in the industry for renewable energy options to make its presence felt.

Look at the following facts:

Clearly, all this would mean that the Indian telcos would be warming up to the idea of using renewable energy to power their base stations. Some of the telcos are making an effort to incorporate alternate sources of energy. For instance, Idea Cellular is currently conducting trials of fuel cells. Bharti Airtel and Vodafone also have some of their towers powered by solar energy. However, this is not enough.

The impact on the environment forced the Telecom Regulatory Authority of India (TRAI) to come out with guidelines for the industry to adopt renewable source of energy about two years back. The Regulator proposed that at least 50 percent of the rural towers and 20 percent of the urban towers should utilize a combination of renewable energy (RET) and grid power by 2015. This should increase to 75 percent of rural towers and 33 percent of urban towers by hybrid power by 2020.

“It also said that the telcos should declare their carbon emissions every year. Only Vodafone and Airtel
are the two telcos who are declaring their carbon footprint every year,” says Abhishek Pratap, Senior
Campaigner, Greenpeace. The global organization has been campaigning for use of renewable sources
of energy by the telecom industry.

The industry is realizing the importance of adopting alternate energy sources, which can be a win-win
solution for everybody. “Poor and unpredictable grid power availability has compelled players to opt for diesel-based solutions, which are not only expensive but result in high carbon emissions. The power sector, with a penetration of merely 33 percent, is currently supporting the telecom tower industry, which has a penetration of around 70 percent,” says spokesperson of Viom, a tower company.

The company recently created energy SBU to focus on energy management. “Earlier, power and fuel costs were passed through to operators. We are evolving towards a fixed cost model, providing end-toend energy solutions to customers. Going ahead, the energy SBU expects to reduce power and fuel costs for the industry at large,” elaborates Viom spokesperson. The company is one of the largest providers of passive infrastructure in the country. Viom claims to have freed nearly 25 percent of its sites of diesel generators and hopes to increase the number going forward.

The Challenges
There are a number of problems that telcos face, in adopting renewable source of energy to power their
base stations. The key is that diesel is cheaper than the grid power, which is the reason why it is used
even in situations where grid power is available.

Secondly, there is no doubt that green energy is not cheap. A solarized tower costs at least Rs 8-10 lakh
more than a regular tower and a telco should be ready to pay this upfront, an industry source informed.

“Green energy is likely to pick momentum with the speed of technological advancements happening at a
very fast pace and costs are coming down. Since the solar power production is capital intensive, one
does need to store the power as well. Therefore, the adoption will gain momentum with every drop in
price,” says Viom spokesperson.

Besides, the SLA for solarized towers can be slightly different from those of the regular towers.

“The RFP from telcos has too many conditions like 100 percent uptime and there is a penalty as well, so
very few vendors go for it,” alleges Abhishek Pratap of Greenpeace.

There might be a strong need to develop new business models to make Green telecom sustainable. In
this regard, OMC Power has come up with a new model, which might show a way to the industry.  Last but not the least is the diesel mafia. At least two sources from the industry pointed out that it will not be easy for telcos to move from diesel because of diesel mafia, which has the ability to make things extremely difficult for them.

The rise in cost of diesel might help the cause of the telecom industry. Though the industry gets the
subsidy, it might make the industry rethink the benefits of using renewable source of energy.
What is lacking is a concrete direction for the industry to go forward. There is a school of thought that
there should be some kind of subsidy from the Government to adopt alternate sources of energy.

“As of now Green is not a priority for the Indian service providers. They look for subsidy from the Government, which we believe is not going to help,” says Pratap of Greenpeace. “Government should provide incentive to the first-mover. Maybe for first one lakh tower there can be some initial support,” he suggests.

“In addition to renewable energy, technological solutions are evolving too. New base stations, especially efficient outdoor stations are commercial realities that function on lower power and optimal capacity that translate into reduced power consumption. Nowadays, multi-sector site solutions are capable of tapping the full potential of existing sites that offer highest capacity, lowest power consumption and compact form factor,” says Viom’s spokesperson.
In the end, it is imperative to remember that profitability is the key. Green Telecom will not be adopted by the telcos till it costs more than the other traditional options. The industry and the Government need to collaborate to make renewable energy viable.

OMC Power has devised a new way to enable the telcos to move towards alternate source of energy.
The company basically finances, builds and operates micropower plants in off-grid rural areas in the
country and then sells it to the telecom enterprises.
The company has secured 10-year Power Purchasing Agreements with the three major Indian telecom
infrastructure companies. Currently, it has 20 micropower plants in rural Uttar Pradesh and has secured
financing and contracts to deploy 200 plants in the coming year. Some excerpts from email interview
with OMC Power spokesperson:

Q. How is OMC’s model different from the traditional biz model?
Together with Bharti Infratel, we have pioneered the RESCO (Renewable Energy Service Company)
model in 2012. OMC finances, builds and operates Micropower Plants in off-grid areas of rural India
where the traditional electricity grid will never reach. Energy is produced from renewable sources –
mainly solar power – and sold to telecom infrastructure companies on a metered basis.
In our RESCO model, power costs are reduced by around 50 percent compared with the diesel generator
equivalent, and emissions are reduced by around 40-50 metric tonnes of carbondioxide per tower and
year.

Q. What does the future of renewable source of energy look like?

For the telecom industry, particularly in rural off-grid locations, the main renewable source of energy is
and will be solar for the foreseeable future. Simply because it’s currently the most mature and commoditized renewable energy generation technology, and large sums of R&D capital has been, and will be, invested.
Wind power is applicable in certain regions, for example near the coast or in hillside locations, where
strong winds are prevalent. However, wind power is associated with high O&M costs because of the
large number of moving parts. This is difficult and expensive to manage, especially in remote locations.
Fuel cells hold a promise for the future, but still have to measure up before the price point has reached
viable levels. Additionally, the supply chain is yet to be figured out. This constraint – a reliable supply
chain – is also what constrains biomass power generation for telecom applications.

Q. What are the major challenges faced by you?
As with any other rural infrastructure project, our main challenge is scaling with the related issues of
both financing and building the organization quickly and efficiently. Fortunately OMC has secured
financing to support our rollout plans for the coming years, and as a large part of our offering is
community power – providing renewable, reliable and affordable energy access to the community – we
are integrated with the local communities that we serve; from which we recruit and train local talent.