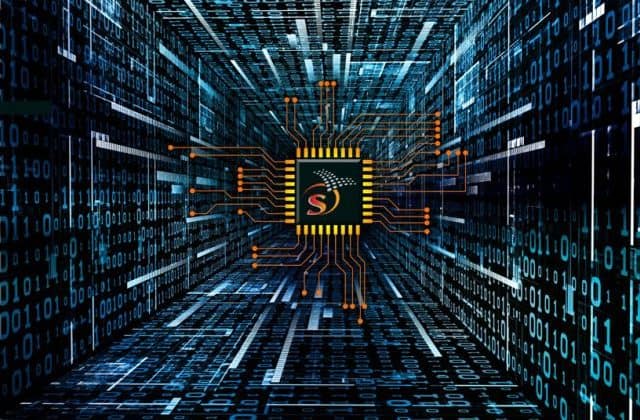 Saankhya Labs’ SDR chipsets enable feature update, performance improvement and potentially support emerging standards by simple firmware upgrade. It also helps to debug and fix any field issues without the need to recall the product back to factory, saving precious time and cost. 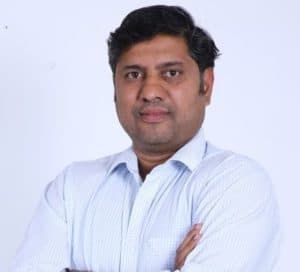 V&D: 5G NR deployments in low and high frequencies, come with various scopes and challenges. How will these be managed?

Parag Naik: The FR1 or the lower frequencies are slightly less of a challenge as it is incremental over typical 4G networks. The main challenge would be that at lower frequencies, the available bandwidths are lower, and hence, insufficient to cater to the speeds that 5G promises. Besides, additional capex is needed to add more base stations, which would be significant.

The other concern here is deploying mMIMO, which can be done on the LTE networks. Issues with mMIMO are the resultant spectral efficiency benefits accrued against the high capex and opex costs due to large antenna arrays.

FR2 or the mm Wave is a completely different beast. On the infra side, it would need an eNodeB or 5G base station every 400ft. Given the characteristics of radio propagation in the millimetre range, coverage would be at best spotty, as Verizon has found out in initial trials. This would need large amounts of fiber backhaul.

There are issues in the US, like getting permits, and a lot of local governments are opposed to it. There is also an issue of large 5G mm Wave deployments, causing interference to the weather sensors, but that isn’t conclusive. On the receiver side, the challenges are cost and humungous power dissipation numbers for initial devices. Time will tell whether these can be resolved at reasonable cost points for consumers.

The biggest advantages of 5G are for greenfield deployments using the vRAN topology. This is a nascent ecosystem, but will challenge the existing oligarchy and bring in a fresh wave of innovation by start-ups such as Saankhya Labs.

V&D: How will the operators handle mMiMO/3D beamforming performance challenges?

Parag Naik: The spectral efficiency gains in the labs are not recorded in the actual field trials. Especially for the costs incurred through capex and opex. mMIMO works better for higher frequencies as there are challenges on form factor as well. This is true even for Wi-Fi deployments. There is a dissonance between stated numbers and field deployments.

Operators are doing a cost-benefit analysis of this critical technology, and will deploy it in high-density areas where the ARPUs are higher. As the technology matures, vendors will come up with better and innovative ways to up the spectral efficiency. We too have a few tricks up our sleeve to solve this challenge.

V&D: What are the throughput and latency performance challenges?

Parag Naik: The throughput, capacity, and latency requirements are best described by the triangle, which evolved from the IMT2020 requirements.

* Latency targets, an important performance indicator for 5G, are as low as 0.5 ms for tactile interaction.

* Capacity targets can be as high as 15 Tbps/km2 with 250 000 users/km2 for indoor hotspots such as office environments.

For example, a use case like URLLC may need sub-slot processing timelines, while the eMBB needs massive data bandwidth to be handled. Besides, if we consider the case of mMTC the nature of processing is expected to be extremely control intensive.

Catering to all these use cases in a single compute infrastructure concurrently as different network-slices needs a different kind of thought process and approach, compared to earlier 4G networks. As a result of this, the core network for 5G needs significant changes in terms of ripping apart the existing infrastructure, which could lead to huge capex spending.

b) Extensive densification: Since most of the available 5G NR bands start from the upper 3Ghz band, delivering the desired throughputs and latency means deployment of more 5G gNBs (base stations). To some extent, the RAN virtualization promoted by the O-RAN framework is helping in this by proposing the move to an open-disaggregated network.

However, increased disaggregation requires the usage of very high-performance backhaul connectivity. Hence, there is a need to overhaul the existing fiber connectivity unless they are already over-provisioned to handle 5G type of traffic.

V&D: Without any proper acceptance from relevant jurisdictions, won’t rolling out 5G in a timely manner difficult?

Parag Naik: Yes, it is. And, in cities especially for FR2 roll outs, it is a challenge, also from an ergonomic perspective. The challenge is greater in some countries as compared to others. At higher frequencies, since it needs a high density of base stations, getting permission and real estate for deployment could be a challenge in some places.

V&D: How crucial is the testing of the 5G networks?

Parag Naik: A 5G deployment is an extremely complex system, and there is a whole new ecosystem of SIs, design houses and others who are up to this task. There is the virtualization aspect that in some sense eases things by enabling implementation on the COTS platform, but complicates in others due to the added burden of interoperability between more moving parts.

5G addresses many new use cases and introduces many new concepts, such as network slicing. 5G also caters to some critical ultra-low latency based applications such as health care (surgery), autonomous cars, automated factories, where unless significant testing is carried out, it could be a matter of life and death literally.

V&D: How will spreading out access to rural areas will be a challenge?

Parag Naik: We have always argued that ubiquity is more important than speed. Most often people confuse “fat” pipes with “smart” ones. There are technologies that Saankhya Labs is deploying to make the pipe smarter using broadcast technologies.

In rural areas, the regular operator model might not work due to the low ARPU. ISP and WISP with access to unlicensed bands in UHF will help as rural areas are more spread out.

Technologies, such as TVWS, of which Saankhya Labs is a pioneer, would help rural deployments. We are doing pilots all over the world, including Africa, Latin America, US, and South Korea, for a variety of applications, like rural broadband and broadband IoT. TV Whitespace (TVWS) refers to the unoccupied portions of spectrum in the VHF/UHF terrestrial television frequency bands.

We believe that a combo of connectivity technologies like satcoms and unlicensed terrestrial deployments are the best way forward for a country like India using indigenous technologies. We have all the necessary components to roll out Digital India, provided the government acts proactively.

Given the financial state of the telecom industry, we should look at alternative models for spectrum access