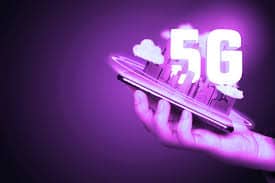 The 5G rollout in India will likely take time due to the 5G spectrum acquisition, as it is expected to be expensive. There will also be consistency issues, such as with networks and handsets. Some users are still on 3G networks, and others have 4G, and access to LTE networks, in certain cities. Even the handsets use varies, when talking to each other, as there may be issues due to the inconsistencies in the networks available.
On the other side, the Small Cell Forum (SCF) recently released the 5G FAPI (Femto Application Platform Interface) this year. 5G FAPI is a transformational initiative within the small cell industry to encourage competition and innovation among suppliers of platform hardware, platform software and application software. It will be providing a common API, around which suppliers of each component can compete. System vendors can take advantage of the latest innovations in silicon and software with minimum barriers to entry, and the least amount of custom re-engineering.

5G PHY API is the latest in a series of common interfaces, which the Small Cell Forum has defined to underpin an open, small-cell architecture and ecosystem, and the first in a family of 5G APIs. Open APIs at every level – chip, network and application – are central to the vision that, in the 5G era, mobile platforms will be interoperable. Low barriers to entry will encourage broad innovation and competition.
SCF has been engaged in driving these open platforms. It has seen several of its interfaces adopted by standards bodies like 3GPP and open initiatives like ORAN Alliance and Open Air Interface. The first 5G FAPI release is 5G FAPI: PHY API.
Next, Amkor Technology Inc. is among the world’s largest providers of outsourced semiconductor assembly and test (OSAT) services. It is developing antenna-in-package (AiP) products, with revolutionary packaging concepts vital to highly integrated circuitry.
For the advanced, high frequency discrete antenna/transceiver applications, it employs wafer-level package technologies, where, the metal redistribution layers that form the antennae elements, are high precision, repeatable, and easily tuned for the application. The result is a highly integrated, robust, and cost-effective solution for 5G mmWave antenna applications.

When higher levels of system integration are desired, Amkor employs advanced SiP and RF shielding technologies. Amkor has developed RF SiPs containing the complete RF to baseband system function with an integrated antenna and antenna matching circuitry. The result is a fully integrated AiP, where all the elements of at least one complete RF system are included in the format of a single semiconductor package. These advanced SiP AiP products are ramping production at Amkor this year.
What will change in 5G?
Now, let’s see what will change in 5G? Rajan S. Mathews, DG, COAI, noted that once commercially deployed, will usher in a plethora of disruptive changes. India has recently been experimenting with specific 5G use cases that are unique to the country – many of which were hitherto shelved and thought to be unrealistic.
New technologies such as autonomous vehicles, smart healthcare, smart agriculture, smart transportation and traffic management, drones, and remote consultation by doctors amongst others, are pretty much within the realms of possibility now, with the advent of 5G. Emerging technologies such as IoT, M2M, AI, AR, and AI are set to make fast strides once 5G and 5G-enabled technologies come to the fore.
He said: “5G will usher in a networked society, in a true sense. With the emergence of IoT, more and more devices are getting digitally inter-connected and interactive in nature. Also, with 5G, business landscapes and networks will be very different from what it is today. Further, 5G will open up newer opportunities of employment while digitising the economy, thus boosting the country’s GDP. 5G has the potential to connect India with global markets and help the country take advantage of the economies of scale. It is estimated that 5G’s collective impact on India’s economy is expected to reach a whopping $1 trillion by 2035.”
Elias Aravantinos, principal analyst, IHS Markit, USA, remarked that it will be on the sheer amount of data the 5G technology can transfer and the extremely low latency, which affects how fast pages load, mission-critical applications or even online games, self-driving cars and other similar apps.
Arnob Roy, COO, Tejas Networks, implied that 5G represents a significant advance over previous mobile technology generations (2G/3G/4G) in three important ways:
* Explosion in user devices and access speeds: 5G is expected to increase per-cell throughput by at least 10x, when compared to 4G/LTE, and lead to a massive 100x increase in the number of user devices through emergence of IoT.
*Densification and fiberization of cell sites: 5G will drive a 10x growth in the number of cell sites and also require a significant increase in the fiberization of the existing cell towers. 5G is introducing new centralized radio access architecture (C-RAN ) that involves connecting multiple ‘micro’ radio sites at the street level to a centralized macro cell tower over optical fiber.
* Support for low-latency applications: 5G will require a reduction in network latencies by a factor of 10x to support real-time tactile Internet applications (e.g., robotic surgery) and for supporting mission-critical applications (e.g., public safety, emergence responders).
Is 100% indigenization possible in India?
One key debate in India has been to produce goods and equipment within the country. Rajan S. Mathews, COAI, said it is a fallacy to believe that 100% “indigenization” can make India secure in the 5G era. For instance, even China has only achieved only 45% indigenization. To be really 5G ready, India would require a total investment of $100 billion over the next 5 to 7 years. The 5G High-Level Forum has been established to provide the much needed boost for implementation of 5G in India.

A critical component of ‘security’ is the adoption of the appropriate standards. In 5G (3GPP), security is built into the standards. This was not the case in 2G, 3G or even 4G.The Government should take necessary steps to encourage indigenization, and create Indian technology conglomerates with the necessary enabling mechanism, so as to support their sustenance. The Government can also zero-in on promising Indian 5G equipment industries and source-fund them. Cases in point can be Signalchips, Nivetti and Tejas Networks. Further, the Indian Ministry of Electronics and Information Technology can monitor the chip-fund, via a committee.
Arnob Roy added that today’s telecom products are highly sophisticated systems that use complex silicon chips having several million logic elements along with software code running into millions of lines. In such systems, any post-facto security testing is highly ineffective, since it is very easy to implant spyware/malware in hardware and/or software, which is impossible to detect, but which can easily intercept sensitive information or cause catastrophic damage to critical equipment.

5G is not just about faster data speeds and faster connectivity. Network technology inevitably revolves around the unique use cases, especially in the Indian context. Technologies, such as, autonomous driverless cars, smart transportation and logistics, smart farming, drone patrolling for road safety, holograms and remote robotic healthcare, etc., would eventually enter into our ecosystem and become the order of the day.
The ICT industry in India is vigorously collaborating and pooling in resources to give an impetus to 5G and other innovations, such as IoT, M2M, AI, among others.
Security for 5G
Security will remain a key area in the upcoming 5G world. It will be similar for India. Talking about the approach towards security for 5G, Arnob Roy said that India should have a robust security strategy in place, whereby, we have a fully indigenous ecosystem created that covers every device or network used in the end-to-end 5G network.
5G networks in India should not be permitted to use equipment from untrusted sources (including from countries with which India has been at war in the past), regardless of commercial implications. India must identify and nurture ‘national champions’ in critical technology segments pertaining to 5G and give them long-term support through R&D funding, assured business in defence/civil applications, and active export promotion schemes. In the backdrop of recent geo-political developments, where telecom network security has become an important issue globally, India can step-up and become a leading ‘neutral’ (non-US and non-China) provider of world-class telecom equipment for international markets.
Elias Aravantinos felt it would be best using certified products and trusted suppliers that have been already tested in the 4G era for their security solutions, and have been already trusted by others around the world.
3GPP is playing a pivotal role in defining the telecom security standards with the aid of their SA3 (Service & System Aspects) Workgroup. SA WG3 is responsible for security and privacy in 3GPP systems, determining the security and privacy requirements, and specifying the security architectures and protocols. The WG also ensures the availability of cryptographic algorithms which need to be part of the specifications.

Rajan S. Mathews said that while security and privacy features that existed in the earlier generations are also present in the 5G future generations, SA3 works to ensure that these features are built into the system design for each new generation introduced. The development and rollout of any generation requires a global supply chain, wherein, all the equipment and software, irrespective of their origin, must have these in-built security capabilities, which are in line with the standards laid down by the SA3 workgroup at 3GPP.
Governments, TSPs, academia and stakeholders from around the world are working closely with SA3 by submitting proposals pertaining to security, which in turn, are deliberated and evaluated by the workgroup. Once accepted, these are brought into standards. These standards are designed to make telecom networks safer and to ensure that the next generation network offers more protections around subscriber identity, safeguards the interconnections between different carrier networks and better encryption methods.
We also need to keep a watch on the new Data Protection Act, as this will help define critical data and information that will need to be “secured”.

Posted by: Pradeep Chakraborty
View more posts
Tags:5G
5G: Challenges and Opportunities 0 out of 5 based on 0 ratings. 0 user reviews.
Infosys to hire 1,000 American workers at its new Arizona Technology and Innovation Center
A CMR Viewpoint: How will Apple’s new iPhones fare?