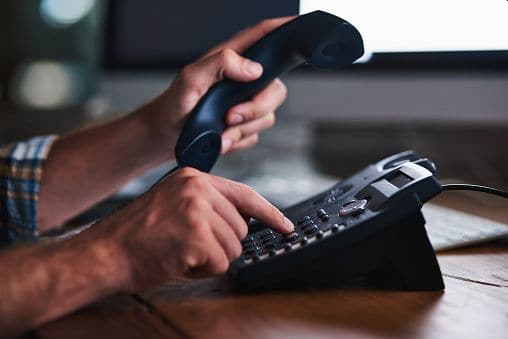 Coming into effect from January 15th, 2020, callers using fixed lines, that is landlines, will soon be required to add ‘0’ prefix for making calls to mobile phones in India.

Dated May 29, 2020, telecom regulatory body, TRAI had proposed this to the Department of Telecommunications (DoT), which has accepted the modified dialling pattern from fixed line numbers to cellular mobile numbers. The ‘0’ prefix for such calls is reportedly done as a move to create sufficient numbering space for telecom services.

This used to be the case earlier where landline users needed to add ‘0’ prefix when calling mobile numbers. However, in 2015, the calling system was simplified, removing the need to add a ‘0’ prefix before calling a mobile number.

An automated message, from Jan 1st, giving appropriate instructions with the new dialling pattern is expected to play for calls dialled to mobile numbers without the prefix ‘0’.

Why was this prefix incorporation done?

After thorough research on the issue of creating adequate numbering resources for fixed-line and mobile services, TRAI has arrived at this conclusion of affixing the zero. TRAI ascertains that this change in the dialling pattern will generate 2,544 million additional numbering resources for mobile services to cater to the future requirements. However, the introduction of a dialling prefix for a particular type of call is not the same as increasing the number of digits in the telephone number, says TRAI.

TRAI believes that as India has a 10-digit mobile numbering plan, and that series for numbers starting with “0” and “1” are reserved for special purposes, about 800 crore numbers are possible. Till now, mobile numbers were traditionally registered to series starting from “9”, and some combinations starting with “8”, “7” and “6”.

So, currently, with these combinations a total of 115 crore mobile numbers are available. Apparently, the number combination series beginning with “9” has been fully used, and those starting with other numbers overlap with certain numbering plans issued to landline phones. That is why in order to create sufficient numbering combinations, the prefix “0” has been re-introduced.

With the freeing up of sufficient numbering resources, more number of connections can be added in future which will be beneficial to the mobile customers at large.