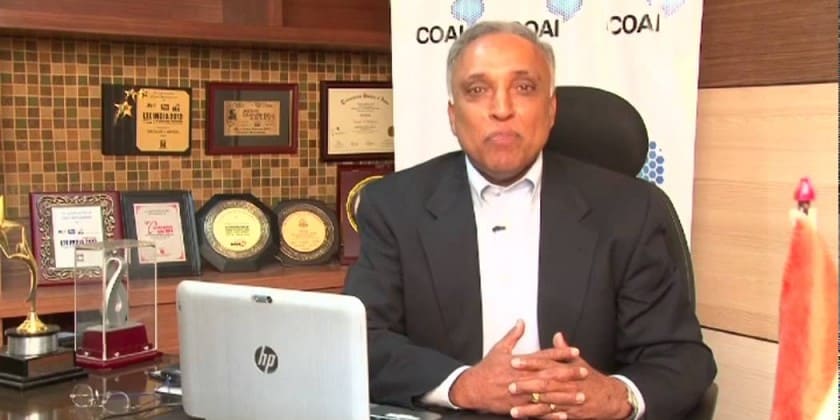 COAI, is an industry association of GSM mobile service providers in India.

“The telecom industry is disappointed with TRAI’s decision to rule out differential pricing. COAI had approached the regulator with the reasons to allow price differentiation as the move would have taken us closer to connecting the one billion unconnected citizens of India. By opting to turn away from this opportunity, TRAI has ignored all the benefits of price differentiation that we had submitted as a part of the industry’s response to its consulting paper, including improving economic efficiency, increase in broadband penetration, reduction in customer costs and provision of essential services among other things,” said Mathews.

“In our opinion, TRAI’s regulation on prohibiting differential pricing constitutes a welfare-reducing measure of high concern by blocking a possible avenue for our less-advantaged citizens to move to increased economic growth and prosperity by harnessing the power of the Internet. We believe that this measure will have an impact on the Government’s ambitious Digital India initiative,” he added.

Today’s afternoon, TRAI Chairman RS Sharma has issued the ‘Prohibition of Discriminatory Tariffs for Data Services Regulations, 2016’ that disallow service providers to offer or charge discriminatory tariffs for data services on the basis of content being accessed by a consumer.The telecom watchdog decision is a big win for net neutrality in India.

Here are the highlights of what Sharma said;

In the same situation, TRAI may also order the provider to pay Rs 50,000 for each day of contravention upto Rs.50 lakh

The price should not be based on source, destination, type of content or the application

a) No service provider shall offer or charge discriminatory tariffs for data services on the basis of content.
b) No service provider shall enter into any arrangement, agreement or contract, by whatever name called, with any person, natural or legal, that has the effect of discriminatory tariffs for data services being offered or charged by the service provider for the purpose of evading the prohibition in this regulation.
c) Reduced tariff for accessing or providing emergency services, or at times of public emergency has been permitted.
d) Financial disincentives for contravention of the regulation have also been specified.
The telecom watchdog decision comes amid an ongoing debate over net neutrality in India.

On December 2015, TRAI had issued a Consultation Paper on ‘Differential Pricing for Data Services’.This Consultation primarily sought the views of the stakeholders on whether the service providers should be allowed to charge differential tariffs based on the websites being accessed on the internet.

These Regulations intend to make data tariffs for access to the internet to be content agnostic. An overwhelming number of detailed and well reasoned responses, representing a diverse set of views were received in the consultation process. There were views suggesting both in support and against ex ante steps for regulating differential tariff for data services based on content.

After careful examination of all the comments and feedback, the Authority has decided that ex ante regulation, rather than a case by case tariff intervention regime, would be more appropriate as it would give the much needed certainty to industry participants. Such a step is also warranted in view of the high costs of regulation in terms of time and resources that will be required for investigating each case of tariff discrimination.

TRAI had issued the Consultation Paper on ‘Differential Pricing for Data Services’ on 9 th December, 2015. Opportunity for submitting written comments and counter comments was given to the stakeholders till 7h and 14th January, 2016, respectively.

An Open House Discussion was held on 21 st January and further time to submit additional comments was given up to 25th January, 2016.

TRAI will keep a close watch on the implementation of the mandate by the service providers and may undertake a review after two years or at an .earlier date as it may deem fit.