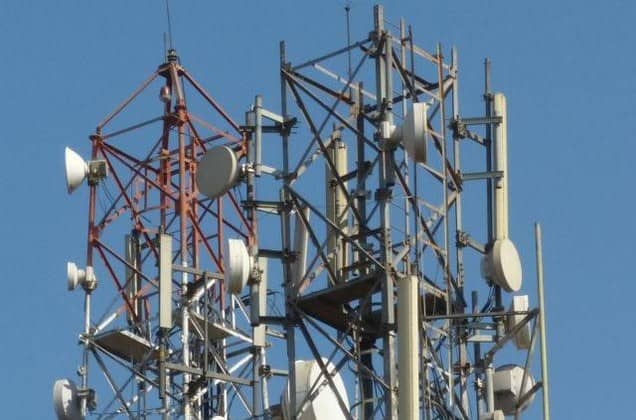 The Digital Users Group (DUG) has set out to urge the government to promote the adoption and deployment of indigenously developed telecom products and that the buyers of this equipment should be given credit for buying indigenously designed and developed products.

The credit could be in the form of either IT rebates or rebates against future AGR dues.

This was due to the progressive phasing out of the Sec-35 (2AB) Income Tax relief which was earlier available to domestic R&D houses.

The other view strongly espoused by the telecom equipment makers was that they say that they don’t want grants for R&D. Instead, they want to assure business.

There was a ringing call for advances against orders and the reiteration of India’s technical capability to build world-class products in India, for India and also for the world.

The group has also expressed that the PLI scheme of MEITY was not conducive to the Telecom sector. They felt that the Telecom sector requires a Design-Led PLI Scheme and that it needs to reward a higher value addition and design-led operations in India.

Also, the line-of-credit for foreign aid should be reserved for only domestic manufacturers and not importers, say the representatives of DUG.

This sentiment was validated and echoed by over 100 industry experts. Together they represented industry leaders, policymakers, and researchers from the telecom sector who came together to attend the E-Summit on Atmanirbhar Bharat: India’s Challenge in Telecom Manufacturing and Exports organized by Digital Users Group.

The group strongly highlighted that the Govt. of India needs to push private telecom players to use domestically manufactured products and this could be done by encouraging them with a fiscal incentive scheme which could be a reduction in AGR dues or a credit system for buyers.  In terms of manufacturing competitiveness, India must begin with localizing electro-mechanical products at the earliest. Semiconductors can follow.

For export promotion, the group felt that India’s industrial policy needs to be linked with our foreign policy and that Indian exports need to play a larger role where India has good brand equity across countries.

The discussion with experts revolved largely around the four key topics of the importance of Telecom Manufacturing in India, Design and R&D for telecom equipment, Manufacturing Competitiveness and Exports.

Dr. Archana Gulati Joint Secretary, Digital Communications, NITI Aayog, said, “The COVID pandemic has reinforced the importance of good telecom infrastructure due to the increased dependence on digital solutions by enterprises, the government and the public. The need of the hour is to develop domestic supply chains and reduce dependence on imports. The Govt. of India is bringing out a PLI Scheme for Telecom Equipment, as it does not wish to see India only as a large market but also be a big manufacturer of Telecom Products.”

Key highlights shared by other speakers:

Ramesh Abhishek rued the fact that more than 90% Telecom Equipment in India was imported and said that the Government was very concerned about this. In 2017, the Govt of India came out with a Make in India criteria for all equipment bought by govt. Telecom Service Providers. He emphasized the need for a Phased Manufacturing Program (PMP) for Telecom Equipment. He acknowledged that the sector needs urgent fiscal incentives for it to make domestic manufacturing happen in a large way. He stressed that the present govt. was open to new ideas and urged the industry to make pointed suggestions for policy change.

Ambassador Smita Purushottam spoke about how different countries had come up with various market developmental models, which protected their own domestic industry. She was critical of India signing treaties such as the ITA-1 and various Free Trade Agreements (FTA) as they had hurt the Indian Telecom industry. She was called for an overhaul of govt. procedures for procurement and for a bias for buying Indian equipment. She outlined Sitara’s efforts to bring these issues to India’s highest levels of the govt. She also called for creating a DARPA/ISRO-type organization to deploy indigenous 5G capability in mission-mode.

Prof N K Goyal bought out the need to integrate electronics manufacturing with the Defence Sector as most developed countries had done. He made some specific recommendations on that the ‘Make in India’ initiative should be given prominence to our Telecom Service Providers as well. He also pushed for supporting BSNL for providing rural connectivity. He also called for the creation of a Telecom Finance Corporation as per TRAI recommendations.

Rajendra Singh strongly highlighted the need for an “innovative approach for the 5G Spectrum Management”. He felt that the ‘Data World would be dominated by a handful of countries and India was very well poised to take a lead here and cater to the needs of other developing countries.

Vipin Tyagi spoke from his own experience of having led R&D in the Telecom Equipment space. He said that India had already proven that it could do R&D in Telecom, develop new products, and compete against the best in the world. He lamented India’s low investment on R&D and pushed for increasing it.

P V G Menon, VANN Consulting in his opening remarks said that the Telecom sector contributed around 6 percent to the Indian economy. He highlighted how the telecom sector had enabled around 30 to 35 percent of GDP growth during the lockdown with Work From Home (WFH) implemented, and underscored how reliable and efficient these networks were because of the infrastructure provided by the telecom equipment manufacturers. He also mooted the idea of switching the incentivization for R&D from designers of telecom equipment, to buyers of the same. This was enthusiastically supported by the other Panelists.

Sanjay Nayak, Tejas Networks was of the opinion that after COVID, business opportunities were opening up and India was rightly placed to take advantage of this opportunity. He emphasized that India had four critical aspects going in its favor – the Atmanirbhar Bharat program, the growth of telecom and IT requirements post-COVID, the anti-China sentiment that was raging worldwide and a large R&D and engineering talent pool in India. This was the right moment for to address the opportunity of domestic manufacturing. The cost of India sitting back and not doing anything was very high. He also outlined that the Govt of India needs to take the initiative to fund domestic R&D for Telecom as it is a strategic sector. This could be done by giving capable Indian firms an investment corpus as an advance against future orders. This could be bound with tight contracts and timelines of a 12 month period.

Subrata Mitra, Ericsson talked about telecom manufacturers in India have to deal with zero duty imports from FTA countries and also having to face domestic bureaucratic challenges. He mentioned that Ericsson had begun the development of a component ecosystem in India and had also got some of its International component suppliers to invest in India.

Parag Naik, Sankhya Labs outlined the various challenges involved in conducting R&D in India, especially long gestation R&D like semiconductors. He also spoke about the challenges Indian firms face when it comes to raising money for R&D as investors only want quick returns. He cautioned that R&D requires the capacity to withstand high levels of failure which in his opinion, most Indian firms lack.

Arun Kumar, ITI talked about how ITI had collaborated successfully with CDOT and other international players and made products in India. He also said that ITI was looking for new technology joint ventures and would be willing to undertake manufacturing in India for new products.

The cabinet has extended the PLI scheme by announcing the same for laptops, tablets all-in-one…

In a recent development sure to cheer up telecom equipment makers all across the country,…

PLI scheme hailed as India’s success mantra to be Atmanirbhar