Prime Minister Modi and his government have done a commendable job of articulating a vision “Digital India” – a powerful way to drive a whole range of innovative projects to transform the life of every Indian through digital technology. Underlining the vision is a set of initiatives successive governments have taken over the decades, which together provided a solid foundation for the current government to realize the true potential of digital technology. Through this column, I plan to document some key transformational IT projects that were taken up by government of India and the State governments.

The seventies saw the arrival of interactive computing at IITK and IIMA and some early pioneers from the public sector corporations – Indian Airlines starting their airline reservation, LIC and Indian Railways getting their EDP departments ready. While a number of projects were taken up during decade of 70s the most ambitious project is the “Project Impact” that started in 1976 by CMC (the then Computer Maintenance Corporation) Ltd., to computerize the ticket booking on Indian railways trains, often called, “Railway Reservation System”. Over the decades, this system has evolved into a very sophisticated system that is counted as one of the most sophisticated and large system which impacts positively the lives of millions of Indians everyday. It started as a terminal-based system running on mainframes and super-mini computers at one location and evolved to multi-locational network-based system, client-server, n-tier and Internet-based system. Today, it supports web-services and is API-based; many third party Apps (like IRCTC App and MakeMyTrip) are creating an eco-system for innovative companies like TravelKhana to offer special services (meals on demand) to the travelling passengers. Both in scale and scope, IRCTC (the current Railway PSU that runs the “railway reservation” system is a world-class and Web-scale service.

The eighties saw India getting on to the IT bandwagon in a big way with pioneering companies like HCL, Wipro and DCM Data Products taking off with hardware and software offerings. However, the credit of most transformational project should go to ERNET project starting in 1986. With UNDP grant and TCP/IP co-inventor Vint Cerf (currently with Google) as an Adviser, ERNET project brought computer networking and Internet to India. With the then five IITS (Kharagpur, Kanpur, Delhi, Madras and Bombay), NCST in Bombay, IISc in Bangalore and DoE (Department of Electronics) in Delhi, as the set of 8-nodes, ERNET brought a whole range of networking technologies and services to India; when VSNL took off with Internet access to individuals, the key people involved were the people trained in the different locations of ERNET.ERNET paved the way for the Internet revolution of the 90s.

This decade saw the Indian IT industry taking off with companies like TCS and Infosys making it big, Internet penetrating India, governments embracing IT (thanks to NIC (national Informatics Center) and NASSCOM talking of 50 Billion Dollars of IT export revenue. Of the many key initiatives the “star of the decade” should go to NSE (National Stock Exchange) that ushered in online trading, trading access to users as far as Assam, Kanyakumari and Kashmir – as contrasted with trading limited to a dozens of brokers of BSE (Bombay Stock Exchange) and their friends – till the arrival of NSE. NSE also created a record of demat (de-materialization) within 23 months (with the global average being 10+ years!). In addition to screen-based trading NSE also created world-class settlement mechanisms and depositories services. Today, NSE ranks amongst the Top3 exchanges of the world.

The decade starting in the year 2000 brought name and fame to India and the Indian IT industry; suddenly, India was counted as a leader instead of a distant follower of technology, Indian professionals were welcomed around the planet and the NASSCOM projection of $ 50 Billion export was just not a “wishlist” but a reality and Indian companies (Infosys and TCS) joined the Billion Dollar club and listed on Indian and global exchanges (NASDAQ and New York Stock exchange). Y2K helped India to scale and Indian IT industry talked of more than million professionals (today it is nearly 4.5 million). The governments were busy getting their SDC (State Data Center) and SWAN (State Wide Area Networks) ready. Nearly all banks were getting into Net Banking, Phone banking and busy building ATM networks and online payment systems (NEFT and RTGS). The king among the application, however, should go to EVM (Electronic Voting Machine) that moved the “counting of votes” involving 600 million Indians across million voting booths spread across the length and breadth of the country to an all electronic operation that election results could be announced within hours and not days (that even some advanced countries take to complete the counting!). Interestingly EVMs are designed, manufactured and serviced by BEL (Bharat Electronics Ltd.,) a public sector corporation headquartered in “namma Bengaluru!

The last seven years of this decade has seen further dramatic growth of Indian IT. There are Indian Unicorns like FlipKart, PayTM and InMobi. IT is the largest creator of jobs in the organized sector. Indian IT is the No 1 exporting sector well past the traditional sectors like Tea, Textiles and Gems & Jewels that had been dominating our exports for decades. IITs & IIM’s are getting globally recognized. But nothing is more dramatic than the fact that AADHAAR (Universal ID) has provided unique identity to more than one billion Indians! Being biometric-based, AADHAAR could enable Reliance Jio to enrol 100 million new customers in less than 100 days, that too with absolutely no paperwork and taking less than one minute for a customer to be enrolled! Government has been using AADHAAR to enrol millions of citizens with no bank accounts to get simple bank account often effortlessly; also, transfer billions of Rupees as direct cash subsidies (like LPG subsidy) and even plug leakages. Plus the recent de-monetization exercise got hundreds of millions to jump generation of payment systems – cheque, Bank Draft, Wire-transfer, ATM, tele-banking, Net banking, Apps-based banking – straight to BHIM thanks to UPI (and wallets like PayTM and Chillr)

These are exciting times indeed; interestingly the next 10 years will be even more exciting! 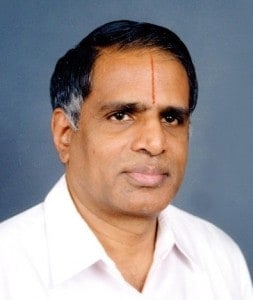 (Prof.  Sowmyanarayanan Sadagopan is Director, IIIT-Bangalore. This column is first of the 15-part series on Transformational Projects making Digital India a reality. Views expressed are personal. Prof. Sadagopan can be reached at ss@iiitb.ac.in)