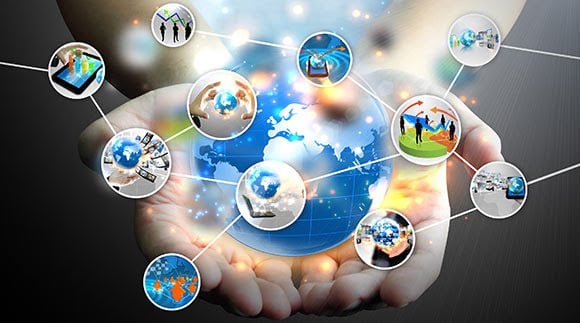 The government has given benefits to almost all essential sectors, including roads, and railways, but nothing for the telecom sector that is fundamental to the growth and empowerment of the country.

The Union Budget 2018 is one that was well thought out and meticulous and the government deserves appreciation for thinking of the poor and the disenfranchised.

The honourable Finance Minister Arun Jaitley and his team are to be commended for a budget that will go a long way in addressing key hurdles across the agricultural and infrastructure value chain.

As he rightly pointed out in subsequent media interactions this is also the vision of the honourable Prime Minister Narendra Modi. This budget has ensured that every aspect of the grass-root economy that supports the country is empowered.

COAI, the apex industry body representing India’s major telecom, technology and digital services companies, welcomes the proposal to double the allocation towards the Digital India Programme, towards research, training and skilling in robotics, artificial intelligence, digital manufacturing, big data analysis, quantum communication and internet of things, to be overseen by the Department of Science & Technology.

This initiative is perfectly timed and has the full support of the industry. The support extended to IIT Chennai for an indigenous 5G test bed is also very welcome, as is the proposal to set up five lakh WiFi hotspots with the additional INR 10,000 crore towards creation and augmentation of telecom infrastructure.

Recognising the fact that the global economy is transforming into a digital economy thanks to the development of cutting edge technologies in digital space, including machine learning, artificial intelligence, Internet of things, 3D printing is admirable.

The proposal to allow NITI Aayog to initiate a national program to direct the efforts in artificial intelligence, including research and development of its applications, has many in the industry quite excited. We look forward to engaging further with the government on this.

However, we are deeply disappointed that none of the key problems faced by the telecom sector seemed to have been addressed including reduction of licence fee and spectrum usage charges payable to the Department of Telecommunications (DoT).

The government has provided something for almost all essential sectors including roads, and railways but nothing for the telecom sector that is fundamental to the growth and empowerment of the country.

For a country which is now poised to take on the global economy by setting aggressive targets for the growth of its own Digital Economy, the telecom sector is truly the nerve centre for making this happen, having already crossed the billion connections mark.

The industry has already invested over 9 lakh crores but to put things in perspective, the Indian telecom sector currently owes as much as INR 4.8 lakh crore in debt on revenues of under INR1.8 lakh crore and steadily falling.

The sector is also facing the worst phase of hyper-competition ever, leaving little room to increase tariffs or even cut costs.

Almost a third of the people employed by the sector directly or indirectly are expected to get the pink slip, if they haven’t already faced the axe. These are not happy times. The industry has therefore been calling for urgent rescue and relief, which would also be in the largest interest of the nation.

Much needs to be done, if the sector is expected to help achieve the government’s goal of digitally empowering every citizen and bringing the huge economic growth that connectivity brings. The Prime Minister’s Digital India programme is almost completely dependent on the telecom sector that needs INR 3 lakh crore over the next few years.

The Indian telecom sector is amongst the highest FDI contributors to the economy i.e. INR 1.3 lakh crores, and is also the second largest investor in infrastructure – around INR 9.2 lakh crores. The sector contributes as much as 6.5% to the GDP, paying as much INR 70,000 crore in just 2017 fiscal and employing as many as 40 lakh people directly and indirectly. And yet, when the sector needed budgetary intervention the most, the Government has chosen to ignore the sector again.

Given that for every 10% penetration, the GDP gets as much as a 4% boost, the Indian telecom sector is nothing short of one of the most essential in the country.

The Indian telecom sector has one of the highest taxes as compared to the telecom sectors across the world, including India’s neighbours.

Pakistan’s telcos pay around 20% and Chinese telcos pay their government around 11%. India’s telcos  pay upwards of 32%, including 18% GST rate and another 15% in levies such as licence fee and spectrum usage charges. For a sector as essential as the Indian telecom sector, we urge GST council to relook at the rate applicable to the sector and bring it down to lowest slab of 5% to achieve the government’s policy of ensuring affordability to all segments of society.

The major submissions included reintroduction of customs duty exemption, on 4G LTE network equipment imports; clarification that Right of Way transactions with state government and local bodies cannot be subjected to union taxes as well as a clarification or rationalisation regarding withholding tax on SIM cards and pre-paid vouchers.

The Union budget was a great opportunity for the government to make these much needed changes.

How to Achieve Digital India?

Some of the other suggestions include a reduction in spectrum usage charges to 1% to recover administrative cost; USOF (Universal service obligation fund) be brought down to 3% and ultimately done away with; establish Telecom Finance Corporation/Infrastructure Bank to provide loans at preferred rates; allow industry to issue tax free bonds to reduce cost of capital and mobilize cheaper funds; make industry eligible for access to long term low cost debt for infrastructure projects to be provided by Infrastructure Debt Funds (IDFs) and withdrawal or reduction of basic customs duty on telecom equipment including imported telephones for cellular or wireless networks.

This would improve affordability and facilitate fast digitization of the economy as well as the proliferation of telecom services in rural and remote areas to achieve the ‘Digital India’ mission.

There are some positives, but these are miniscule in their overall impact, which they are likely to have on the sector as a whole. Besides, these were provided as general changes and not specific to the telecom sector, reiterating the feeling of being an unwanted orphan by the Indian telecom industry. Mobile phones have also become more expensive due to increased customs duties. While this is for encouraging domestic manufacturing, the pace of growth of the sector gets stalled waiting for indigenous manufacturing to come up to scale and standards needed. The ecosystem is far from ready for the scale, size and expansion needed for a pan India Digital rollout.

While the Budget is being said to be a balanced one, it has left the telecom sector to fend for itself. We now eagerly await the National Telecom Policy 2018 hoping to get some respite.

The recommendations issued by the regulator are extremely well aligned with the industry position on NTP 2018 and we hope they will find mention in the final policy.  As the proposals get implemented, there is sure to be a boost in revenues and continued push forward of the reform agenda. The telecom sector will continue to fight its own battle. The government has shown it’s cognizance of the distressed state of the telecom sector and some of these changes will go a long way in ensuring a prosperous nation. The industry continues to work towards a fully connected and empowered India, fulfilling Prime Minister’s mission –Digital India.

The Union Finance Minister of India, Piyush Goyal presented an Interim Budget for 2019 in…

2019: Domination of The Digital Economy Begins with Cloud, Edge Computing and Containers

The current decade is in its mature years and through the last 8 years, we…