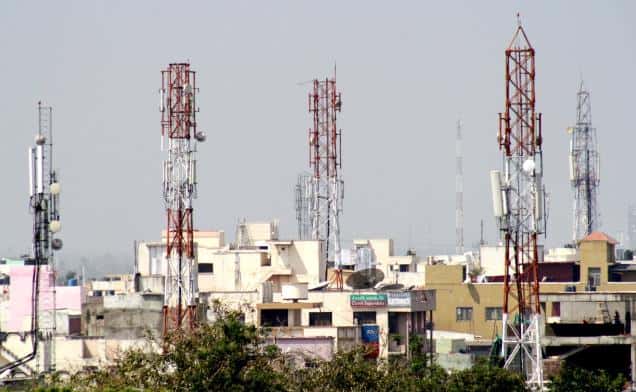 India’s telecom tower market is not simple. A highly competitive one that consists of a few major players who dominate the market. Undoubtedly, the major telecom operators and service providers have a controlling stake in the market.

A report by Mordor Intelligence says that the global telecom towers market was valued at 4.82 million units in 2019 and is expected to reach 6.29 million by 2025, at a CAGR of 4.56% over the forecast period 2020-2025. The report cites that tower-sharing is one of the major growth drivers for the telecom industry, as it provides benefits like cost reduction and faster data rollout.

The telecom tower industry has therefore gained high prominence as an independent industry, mainly in India. And testifying this, two major deals that came to a close yesterday show how consolidation and investments happen in India’s telecom tower market.

Off late, in India, if there is a business investment of a big kind then the involvement by biz giant Reliance is almost certain. Like this one where British Columbia Investment Management Corporation (BCI), alongside Brookfield Infrastructure Partners L.P. and its institutional partners,  acquired a 100% stake in the telecom tower company from Reliance Industrial Investments and Holdings Limited, a wholly-owned subsidiary of Reliance Industries Limited. The total equity commitment for the transaction is approximately $3.4 billion.

The investment comprises a portfolio of around 135,000 communication towers, which forms Reliance Jio Infocomm Limited’s telecommunication network. The towers were recently constructed and strategically located for cellular network coverage across India.

Apparently, more towers are planned, increasing the total number of towers in the transaction perimeter to approximately 175,000. Jio is the anchor tenant of the tower portfolio under a 30-year Master Services Agreement, which will provide the tower company with a secure, long-term source of revenue.

According to Lincoln Webb, Executive Vice President & Global Head of BCI’s Infrastructure & Renewable Resources Program this investment is well aligned with his company’s long-term strategy of investing in high-quality companies and assets that fulfill the essential needs of the communities in which they operate.

Webb is certain that data services are increasingly critical to societies and economies in today’s world — promoting both opportunities for individuals and potential innovation for local communities. And he says that BCI is excited by the opportunity to invest in infrastructure that will play a vital role in enabling India’s continued economic growth

Well, this was one deal that means a lot to the Indian telecom industry. Another deal that was long pending finally got to see the decisions come through. Bharti Infratel, post a board meeting on Monday, announced its decision to proceed with the Scheme of Arrangements for a merger with Indus Towers.

“After deliberations, the Board has decided to authorize the Chairman to proceed with the Scheme and to comply with other procedural requirements for completion of the merger including approaching NCLT to make the Scheme effective subject to certain procedural condition precedents,” said Bharti Infratel in a statement.

From the statement issued by Bharti Infratel, it’s understood that: Vodafone may hold 28.2 percent, Airtel 36.7 percent, and PEP 3.2 percent. And the share swap will reflect as Indus having 31.4% and Infratel having 68.6%. The shareholding is subject to change, based on the closing adjustments, said the company.

It was also known that Vodafone Idea has decided to cash out by selling its 11.15% stake in Indus. This development came a few hours before the Supreme Court announced its verdict in the AGR case that allows operators to settle their AGR dues in 10 years.

Ever since the private sector’s entry in telecom services in 1995, it has been a…